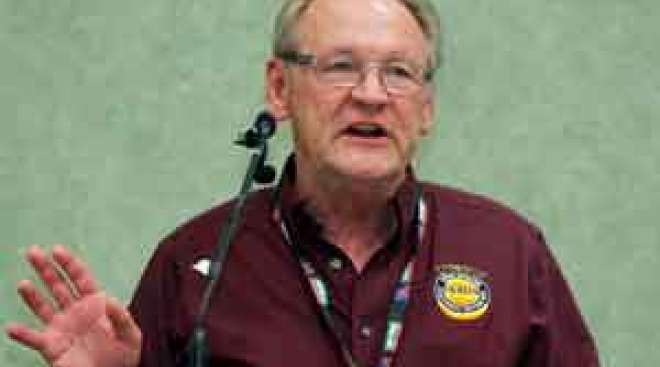 LOUISVILLE, Ky. — The Federal Motor Carrier Safety Administration’s “Beyond Compliance” incentives program for carriers and drivers was criticized by stakeholders during a public forum at an annual trucking show here April 1.

Todd Spencer, executive vice president of the Owner-Operator Independent Drivers Association, told agency officials the “Beyond Compliance” voluntary compliance incentives program “ought to be something more than bells and whistles” if it is to gain acceptance industrywide.

“We need to recognize good performance, safe performance and reward it. Maybe we have different hours-of-service regulation, maybe we do a lot of things different,” Spencer said. “But assuming everybody is a bad guy is a flawed strategy because there’s never going to be enough money, never be enough time, never be enough resources and that doesn’t really accomplish anything anyway.”

He also told officials the agency’s “lots of scores for lots of different reasons aren’t necessarily an accurate reflection.”

Spencer was joined by more than a dozen truckers and operators at the Mid-America Trucking Show who shared their frustration over the program. As FMCSA finalizes the program, officials are holding their next public listening session on “Beyond Compliance” on April 25 in Chicago.

“Beyond Compliance” was created under the FAST Act 2015 highway law. The law requires FMCSA to develop and adopt an incentive system for carriers using Compliance, Safety, Accountability safety scoring methodology. The carriers would need to demonstrate consistent safety records for the recognition.