USPS Chief DeJoy: Election Mail Will Get Delivered on Time 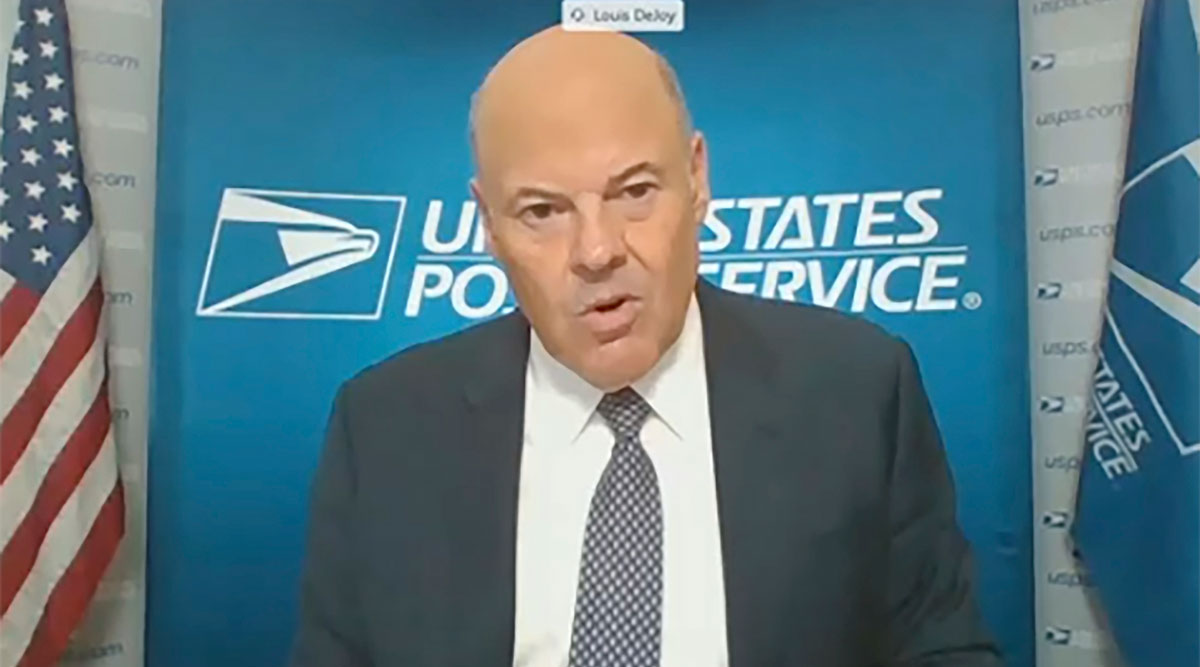 Postmaster General Louis DeJoy defended his management of the U.S. Postal Service and said the agency is “fully capable” of handling what is expected to be a record number of mail-in ballots in the November election.

DeJoy, appearing at a hearing of the Senate Homeland Security Committee on Aug. 21, said Congress was at fault for the agency’s dire financial situation because lawmakers hadn’t enacted changes to the law that would allow it to get on a sustainable path.

“As we head into the election season, I want to assure this committee and the American public that the Postal Service is fully capable and committed to delivering the nation’s election mail securely and on time,” DeJoy said. “This sacred duty is my No. 1 priority between now and election day.” 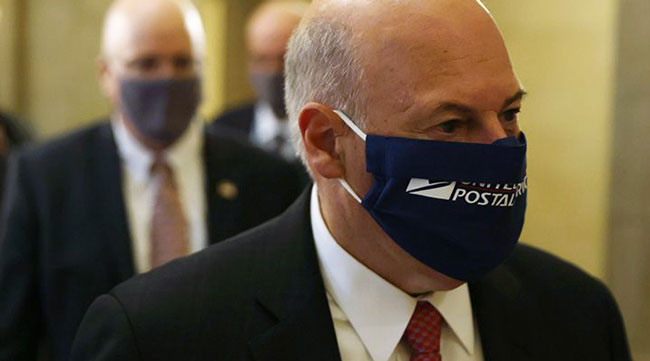 The U.S. Postal Service is at the center of a political clash between Democrats and President Donald Trump over voting and the integrity of the November election. It’s also become entangled in the stalled negotiations over a new virus relief bill in Congress.

Republicans have been mounting a defense of the post office and of DeJoy, dismissing Democratic alarm over Postal Service operations and the possible effect on the November vote that will decide control of the White House and both chambers of Congress.

DeJoy “has already been subjected to character assassination as Democrats have put him in the crosshairs of another hyperbolic false narrative perpetrated to gain political advantage,” Homeland Security Chairman Ron Johnson, a Wisconsin Republican, said in his opening remarks.

Sen. Gary Peters, of Michigan, the panel’s top Democrat, said DeJoy has “undermined one of our nation’s most trusted institutions and wreaked havoc on families, veterans, seniors, rural communities and people across our country.”

He said the damage to the institution should be “quickly reversed.”

The House Oversight Committee is scheduled to question DeJoy on Aug. 24. Postal Service Board of Governors Chairman Robert Duncan is to join DeJoy at that hearing.

The Democratic-controlled House is set to vote Aug. 22 on legislation to bar the post office from making any changes to its operations amid the coronavirus pandemic. The bill also would give the agency $25 billion in additional financing. McConnell has indicated that there were no plans to take up the legislation in the Senate, where Republicans hold the majority.

House Speaker Nancy Pelosi was among the Democrats who said they weren’t satisfied with DeJoy’s announcement that he would suspend “longstanding operational initiatives” that cut back services and decommissioned equipment until after the election.

In addition, the Postal Service has warned 46 states that it could not guarantee that ballots mailed before Election Day would arrive in time to be counted because of deadlines they’ve set.

DeJoy may also get questions about statements by former Postal Service Board of Governors Vice Chairman David C. Williams that Trump sought to turn the Postal Service into a “political tool” that could be used to punish Amazon.com Inc., whose chairman, Jeff Bezos, owns The Washington Post. Trump has been critical of the news organization’s coverage of him. Amazon uses the Postal Service for last-mile delivery.

Williams told an informal hearing organized by the Congressional Progressive Caucus that he resigned his post “when it became clear to me that the administration was politicizing the Postal Service.”

RELATED: States Sue Trump Over USPS Even as Changes Paused

Republicans have argued that the changes sought by DeJoy were part of a yearslong overhaul amid declining use of the mail and that Democrats were trying to make the issue political.

The changes are “sensible reforms designed to get the American people their mail on time and get the USPS on a sustainable fiscal path,” the office of Rep. Steve Scalise of Louisiana, the second-ranking House Republican, said in a statement.

“The USPS has been losing billions of dollars for more than a decade and is projected to lose tens of billions more in the next decade,” Morgenstern said in a statement Aug. 20. “President Trump has established a Postal Reform task force to make recommendations for improving the financial future of the USPS. He has also encouraged the Post Office to raise its package delivery prices to ensure that the USPS will be more solvent in the future, and to protect the jobs of hardworking American postal workers.”

DeJoy was selected in May by the Postal Service Board of Governors, which is controlled by Trump appointees, and took over in June. He is a major Republican donor who once played host to Trump at his North Carolina home. He served as national finance chair for the Republican National Convention, which was scheduled to be held in his home state’s biggest city, Charlotte.

Since 2009, DeJoy and his wife, Aldona Z. Wos, have given $2.6 million to Republicans, Federal Election Commission records show.

DeJoy was an executive with Connecticut-based XPO Logistics Inc. and served on its board of directors until 2018, according to the Postal Service. Wos was nominated in February to be the U.S. ambassador to Canada.

Judge ‘Shocked’ at Postal Service, May Order DeJoy to Testify