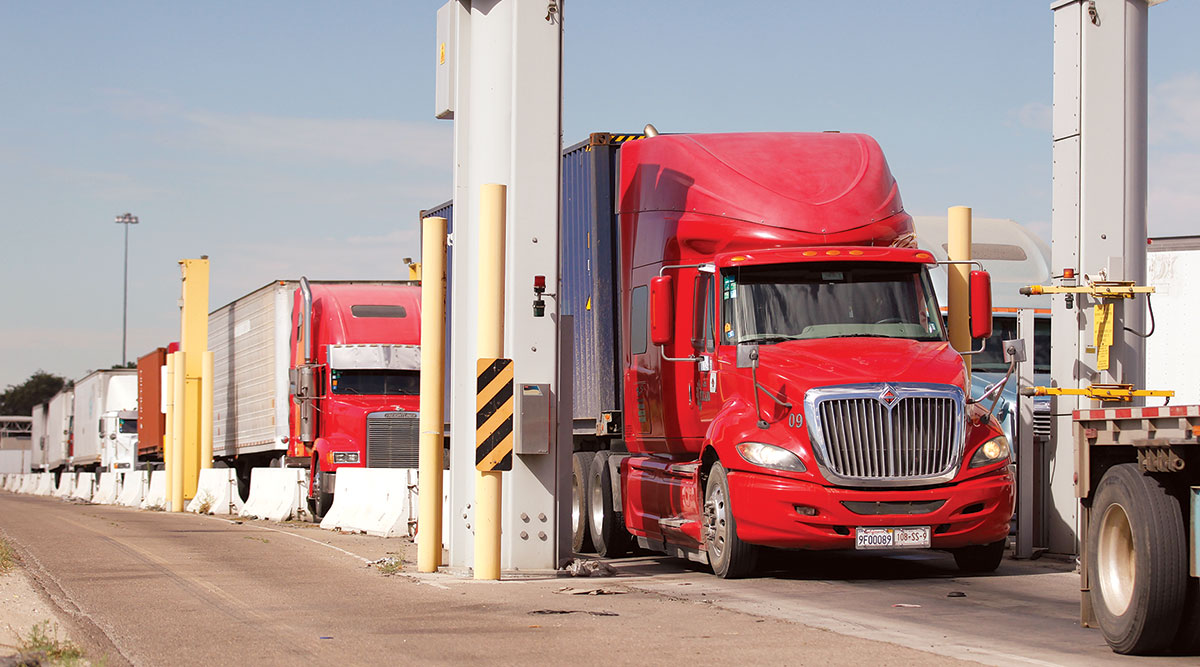 Trucks enter the United States from Mexico at the Otay Mesa Port of Entry in San Diego. (John Sommers II for Transport Topics)

The new U.S.-Mexico-­Canada Agreement went into effect in July, but the real, underlying benefits of the trade deal haven’t been realized yet.

In the meantime, trade activity between the U.S. and both Mexico and Canada has bounced back from the spring depths, when the value of goods moved fell as much as 25% during a pandemic-related slump, ATA Chief Economist Bob Costello said.

U.S.-Mexico trade now is about the same year-over-year, while Canadian cross-border activity still is off about 6%.

Both the improved trade activ­ity and a promising future for the USMCA are favorable developments for trucking because 80% of cross-border trade moves via truck.

“The agreement is a major upgrade,” Costello said. “We desperately needed an agreement for the modern economy. The old NAFTA was just that — old.”

One example of USMCA’s positive effect is the automotive sector, Costello said, because manufacturing — and the transportation it requires — is remaining in Mexico rather than moving overseas because a trade agreement is in place.

“USMCA won’t create a jump in trade activity overnight,” Cos­tello said. “That is not going to happen.”

“We can’t really grade the agreement for another year or so,” he said. “There have been expectations that once fully in place, Mexico should see increase in foreign direct investment.”

He cited industries such as automotive that could shift production from Asia to Mexico as the new agreement takes hold. 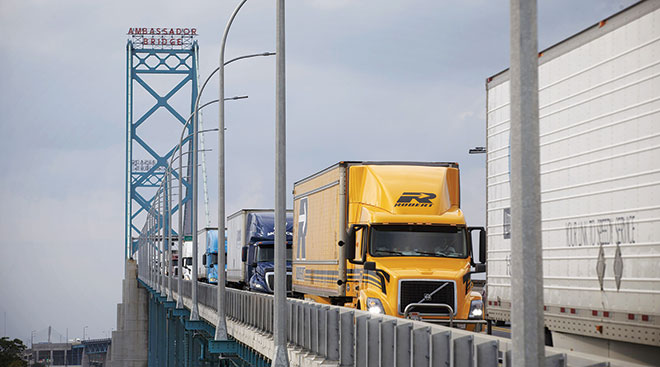 Meanwhile, the pattern of nearshoring also is occurring in Europe, where suppliers are shifting production to Eastern Europe to serve larger Western European economies.

Independent rail analyst Tony Hatch said an important benefit of the new agreement was that it ended two years of finger-pointing at U.S. allies, which created instability and uncertainty. In the absence of a new agreement, there was little interest in new investment, which now is occurring.