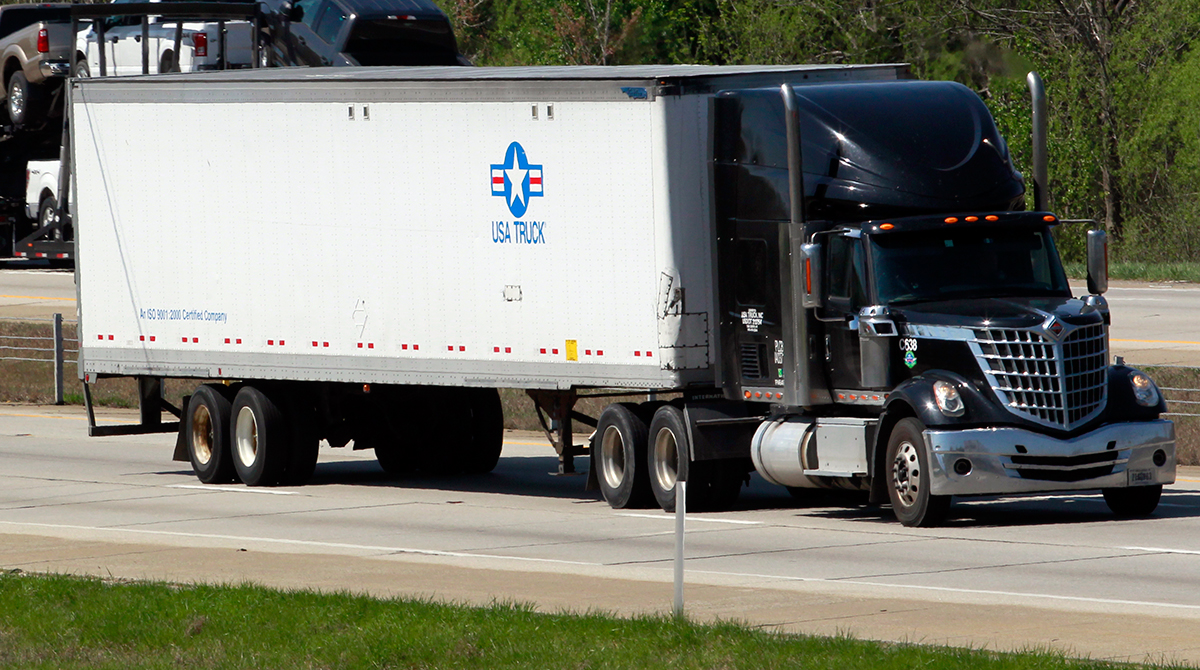 USA Truck Inc. reported that its third-quarter bottom-line result swung to a profit from a loss in the year-ago period.

The results exceeded the expectations of Wall Street analysts, who had been looking for 7 cents per share and quarterly revenue of $132.1 million, according to Zacks Consensus Estimate.

CEO James Reed credited efforts to improve business operations and a favorable market for the quarterly results. USA Truck found the first half of the quarter was similar to the second quarter with unpredictable week-to-week swings in freight, pricing and seasonally softer demand. But the market eventually turned as capacity constraints emerged and demand strengthened.

“The third quarter of this year came in like a lamb and went out like a lion,” Reed said during a conference call with investors Oct. 29. “The current market didn’t even really get started until the middle of August, and at that point, we saw demand strengthened significantly. Capacity constraints exacerbated, allowing us to benefit from both a healthy freight market and an enhanced business with many initiatives ready to leverage the opportunity.”

Reed said he believes the market will be strong for at least several quarters because of structural industry changes. He added that inventory levels are relatively low, but driver availability remains a challenge. Despite this, the company reported it was able to improve its trucking segment operating ratio with targeted repricing efforts, moderating truck counts and assistance initiatives.

“It is clear to us that our regionalization efforts have truly taken hold,” Reed said. “As the model has ceded more and more local control of the operations to the regional leaders, we have found that they make better, more profitable and more consistent decisions than our previously centralized model could accomplish.”

The trucking segment reported operating revenue increased 4.1% to $97.4 million from $93.6 million. Trucking operating income increased to $3.5 million in the third quarter from an operating loss of $278,000 last year.

Stephens Inc. highlighted in a report the improved earnings per share compared with estimates, and the strong operations coupled with favorable market conditions for the segments where the company operates. Those factors create an optimistic outlook.

“USAK [the company’s Nasdaq listing] delivered a strong beat to expectations,” Stephens analyst Jack Atkins said in the report. “While much can be attributed to the markedly improved freight backdrop [year-over-year], the contributions of the company’s internal initiatives are not lost on us. We believe the work USAK has done to improve the balance of its network, mix of freight and pricing opportunities will ultimately lead to a structurally more profitable business in the future.”

USA Truck ranks No. 67 on the Transport Topics Top 100 list of the largest for-hire carriers in North America.