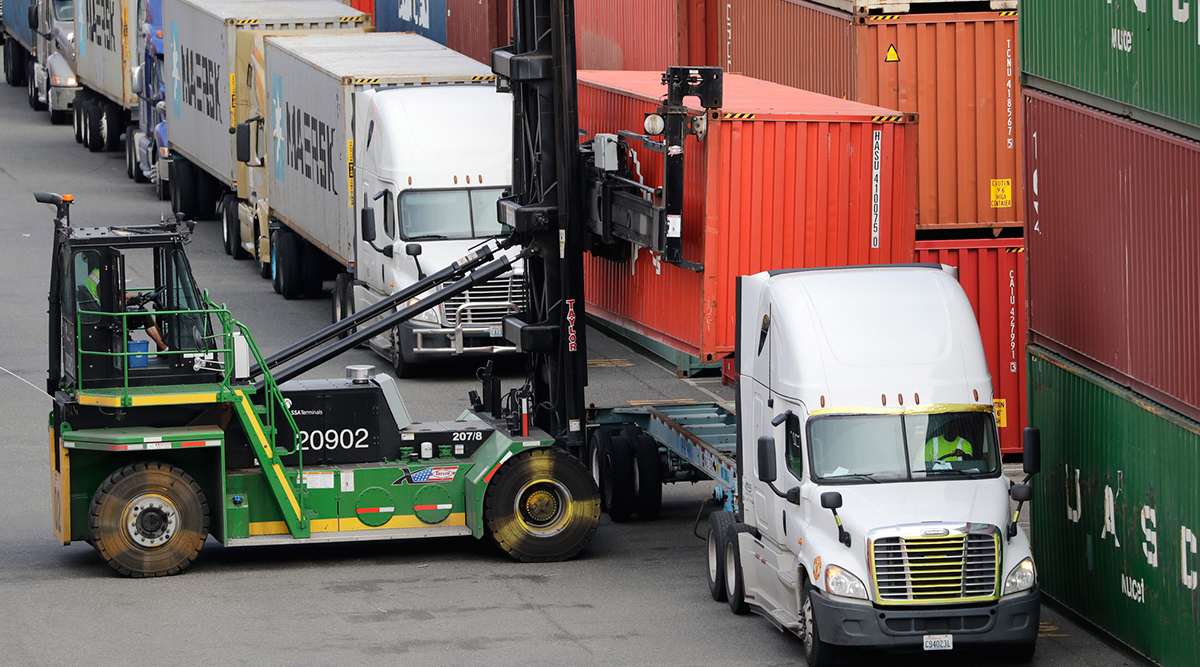 A shipping container is lifted off of a truck at a terminal on Harbor Island in Seattle on Oct. 2, 2019. The trade gap still is 1.3% wider so far this year than it was in January-October 2018. (Elaine Thompson/Associated Press)

The Commerce Department said Dec. 5 that the gap between what America sells and what it buys abroad dropped 7.6% to $47.2 billion in October. Imports tumbled 1.7% to $254.3 billion on reduced purchases of foreign oil, cars and auto parts, and pharmaceuticals. Exports dipped 0.2% to $207.1 billion on a drop in sales of soybeans and aircraft engines.

President Donald Trump, declaring persistent trade deficits a sign of U.S. economic weakness, has slapped taxes on imported steel and aluminum and hundreds of Chinese goods and has sought to replace a North American free trade pact that he says puts U.S. factories at a disadvantage to low-wage plants in Mexico. Congress has yet to ratify the revamped version he negotiated last year with Mexico and Canada.

The trade gap still is 1.3% wider so far this year than it was in January-October 2018, despite dropping in September and October.

Mainstream economists say the trade deficit reflects an economic reality that doesn’t yield much to changes in government policy: Americans consume more than they produce, and imports fill the gap.

A strong dollar is another consistent obstacle to more balanced trade. The American currency is widely used in international business transactions and is therefore in high demand, propping up its value and putting American exports at a price disadvantage in world markets.

In October, the United States ran a $68 billion deficit in the trade of goods such as autos and appliances. But it ran a $20.8 billion surplus in services, including education and banking.