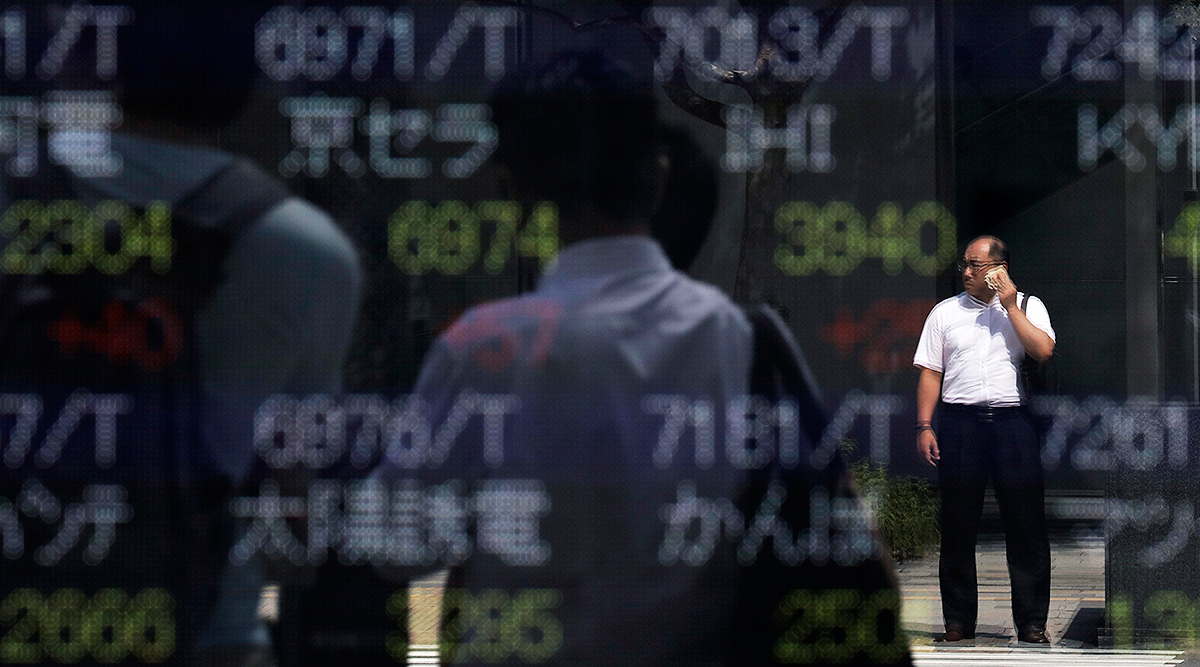 The S&P 500 Index saw the best quarter since 2013, even as the benchmark experienced its first weekly loss in three weeks. Financial shares paced losses, while technology firms led gains. Facebook shares declined more than 2% after the tech giant said a security breach affected about 50 million users. Tesla Inc. tumbled the most in five years after securities regulators filed a lawsuit against CEO Elon Musk.

Oil had the longest run of weekly gains in four months as energy giants to Wall Street banks predicted the return of $100 crude on an impending supply crunch. The dollar erased earlier gains after data showed U.S. consumer spending cooled in August, while the 10-year Treasury yield traded near 3.05%. 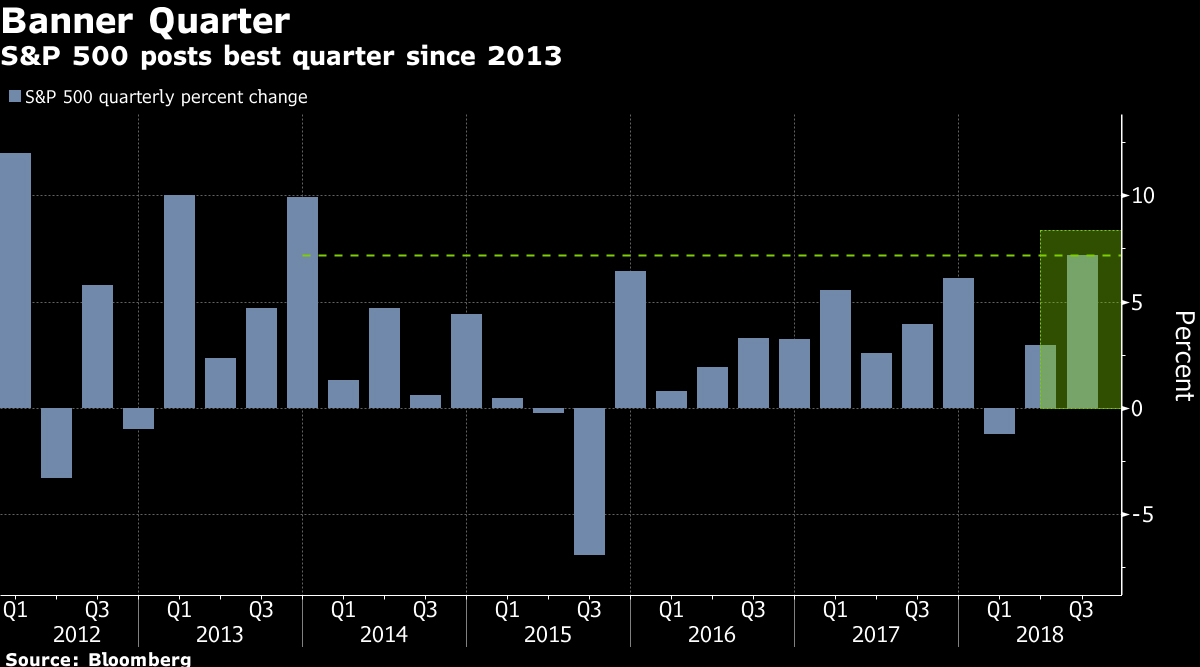 “When you look underneath the surface and you look at the market, this year has been a year when the market has just frankly been resilient,” Jay Gragnani, head of research at Nasdaq Dorsey Wright, said. “There’s lots of talks of trade wars between China and the Canadian discussion. If you haven’t paid attention to the market, it certainly hasn’t felt like a very good year, but really you look underneath the surface and you’ve seen some pretty decent gains.”

In Europe, Italy’s populists won their battle to fund costly campaign promises, while infighting over Brexit is embroiling the U.K.’s Conservative Party. The Stoxx Europe 600 Index retreated, led by a plunge in Italian shares as the country’s benchmark headed for the biggest drop in more than two years. The nation’s yields climbed the most in four months after the government set a wider budget deficit than some investors had anticipated.

The yen’s slide to the weakest level this year helped stoke Japanese stocks as Asian equities advanced from Sydney to Shanghai.