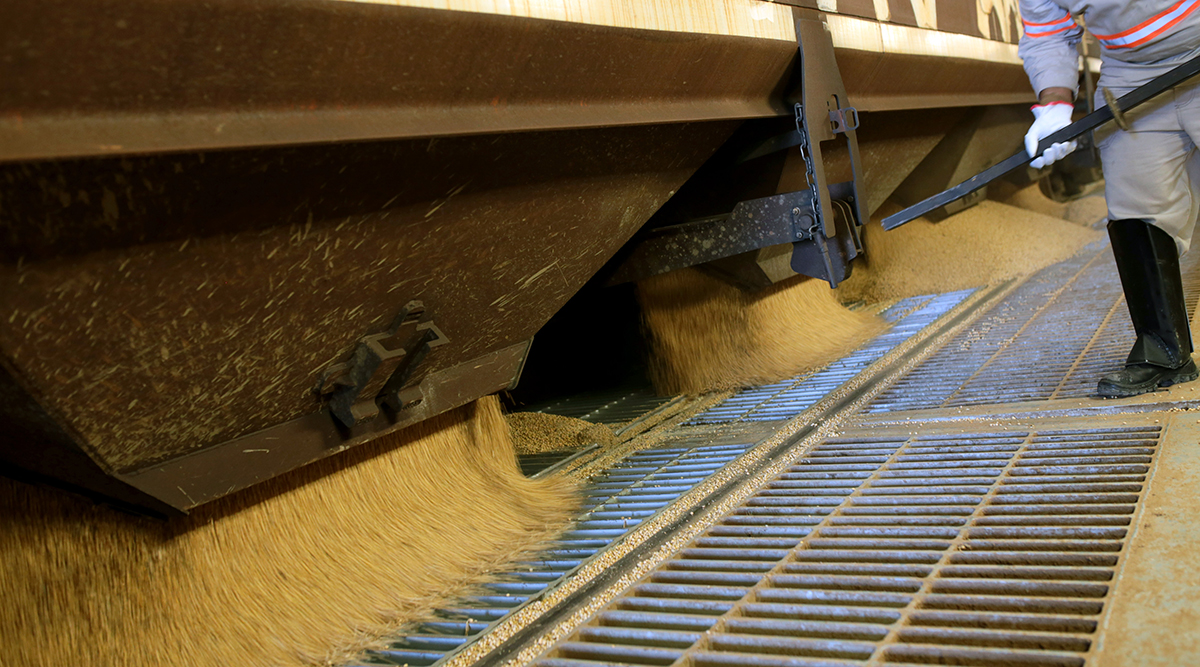 An employee gathers soybeans into a transportation bin at the Tiplam terminal in Santos, Brazil, on May 25, 2017. (Patricia Monteiro/Bloomberg News)

The trade war between the U.S. and China continues to surprise agricultural markets, even delivering an unexpected reprieve for American farmers who have otherwise been roiled by the conflict.

U.S. soybean exports have jumped to a seasonal record at a time of the year when shipments typically slow due to dwindling supplies ahead of the autumn harvest in the Northern Hemisphere. Curiously, the surge is being driven by cargoes being sent to China — a nation that’s largely shifted away from American soy to imports from Brazil over the past year. 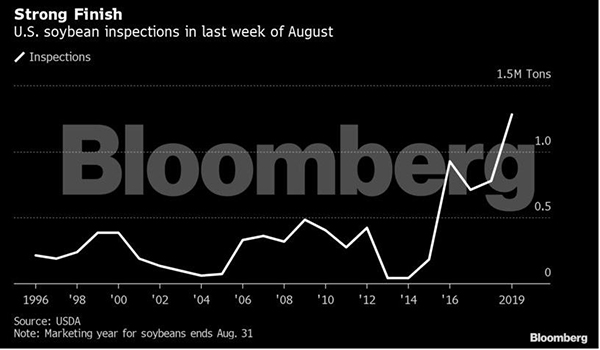 Brazil’s increased exports to China have thinned its own supplies, and that’s now forcing Beijing to take in American soybeans rather than canceling them in a bid to protect against Brazilian prices rising further or the U.S. crop falling short.

American soybean inspections spiked to 1.28 million metric tons in the week ended Aug. 29. That’s the most for this week in at least 25 years, according to U.S. Department of Agriculture data.

“We normally don’t do this type of exports at this time of year,” John C. Baize, an independent consultant who advises the U.S. Soybean Export Council. “It’s a good thing in the middle of a bad situation.”

Beijing has restricted much of its American soy purchases over the past year to just goodwill efforts surrounding negotiation sessions with the Trump administration. On Aug. 5, China announced a halt to any new buying.