US Seeks to Lower Spiking Shipping Costs With Competition 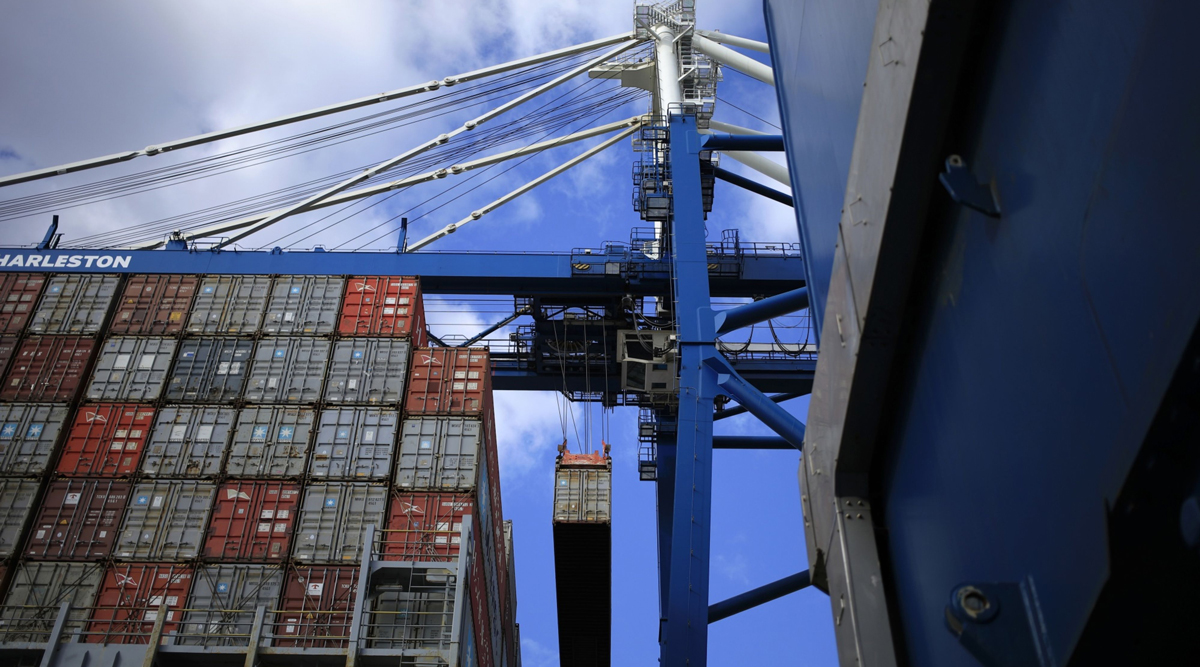 A shipping container is loaded onto a vessel at the Port of Charleston in South Carolina. (Luke Sharrett/Bloomberg News)

The Biden administration is set to ask regulators to promote competition in the ocean shipping and rail industries after consolidation led to spikes in prices, according to a person familiar with a pending executive order.

Foreign-owned shipping alliances now control more than 80% of the market and mergers have left many local rail routes monopolized, pushing the White House to call on federal agencies to take steps to protect American exporters from increasing costs.

The White House will also urge the agencies to work with the Justice Department to investigate and punish anticompetitive conduct.

The moves come as shipping costs continue to rise around the world.

The cost to ship a boxload of goods to the U.S. from China edged close to $10,000, up 5% from the previous week and 229% higher than a year ago, according to the Drewry World Container Index published July 8. A composite index, reflecting eight major trade routes, rose to $8,796, a 333% surge from a year ago. Drewry said it expects rates to increase further in the coming week.

The push against consolidation is part of a forthcoming executive order on competition that President Joe Biden is expected to sign in the coming days. Other elements of the action are expected to include new rules governing airline fees, noncompete clauses, right-to-repair and food labeling.

The Wall Street Journal first reported on the pending moves on shipping prices.