US Puts ‘Trade War’ Against China on Hold, Mnuchin Says 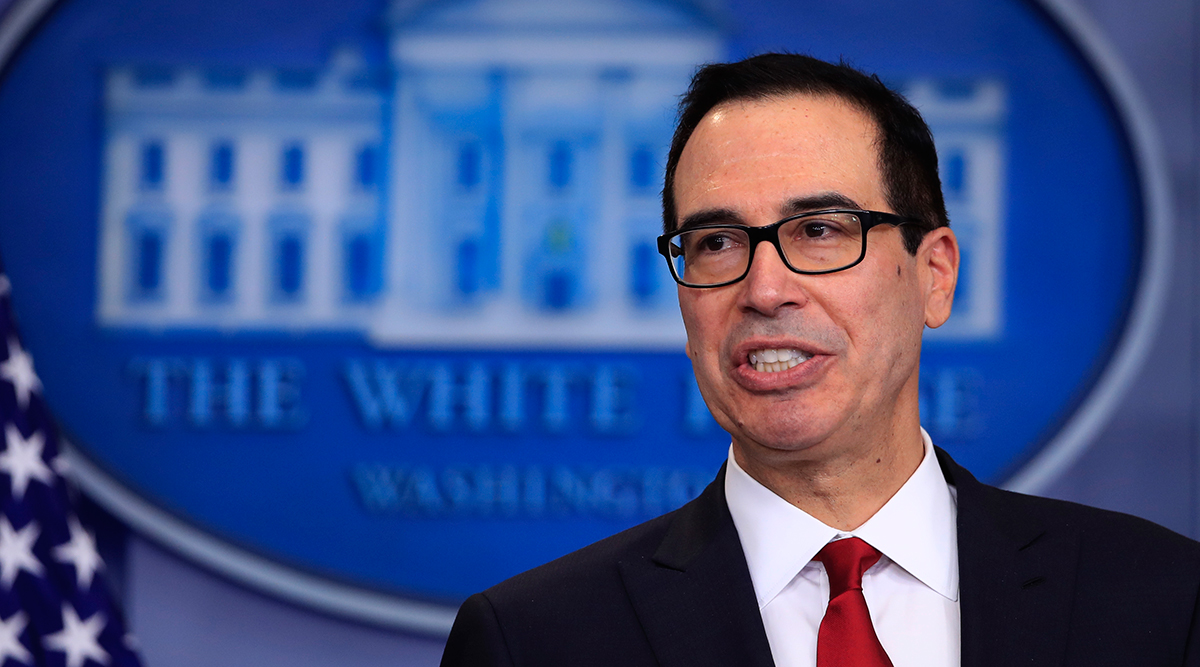 The Trump administration won’t impose tariffs on Chinese products for now, after the two nations made progress on trade issues during two days of talks, Treasury Secretary Steven Mnuchin said.

“We’re putting the trade war on hold. So right now, we have agreed to put the tariffs on hold while we try to execute the framework,” Mnuchin said on “Fox News Sunday.”

President Donald Trump has threatened to impose tariffs on as much as $150 billion in Chinese imports to punish Beijing for allegedly violating American intellectual property and unfair trade practices. China vowed to retaliate with tariffs on everything from soybeans to airplanes.

Mnuchin’s remarks will be a relief to investors, who had feared the world’s two biggest economies were on the brink of an all-out trade conflict. The International Monetary Fund has warned that a global trade war would undermine the broadest global upswing in years.

Mnuchin said Trump “can always decide to put the tariffs back on if China doesn’t go through with their commitments.” Other members of the administration said duties are still an option if needed to get China to change its practices.

“As this process continues, the United States may use all of its legal tools to protect our technology through tariffs, investment restrictions and export regulations,” U.S. Trade Representative Robert Lighthizer said in a statement. “Real structural change is necessary. Nothing less than the future of tens of millions of American jobs is at stake.”

Mnuchin’s comments came after the two nations on May 19 released a joint statement in which China proposed to “significantly increase purchases” of U.S. goods.

The U.S. had a $376 billion trade deficit in goods with China last year. The shortfall was $337 billion when services are added.