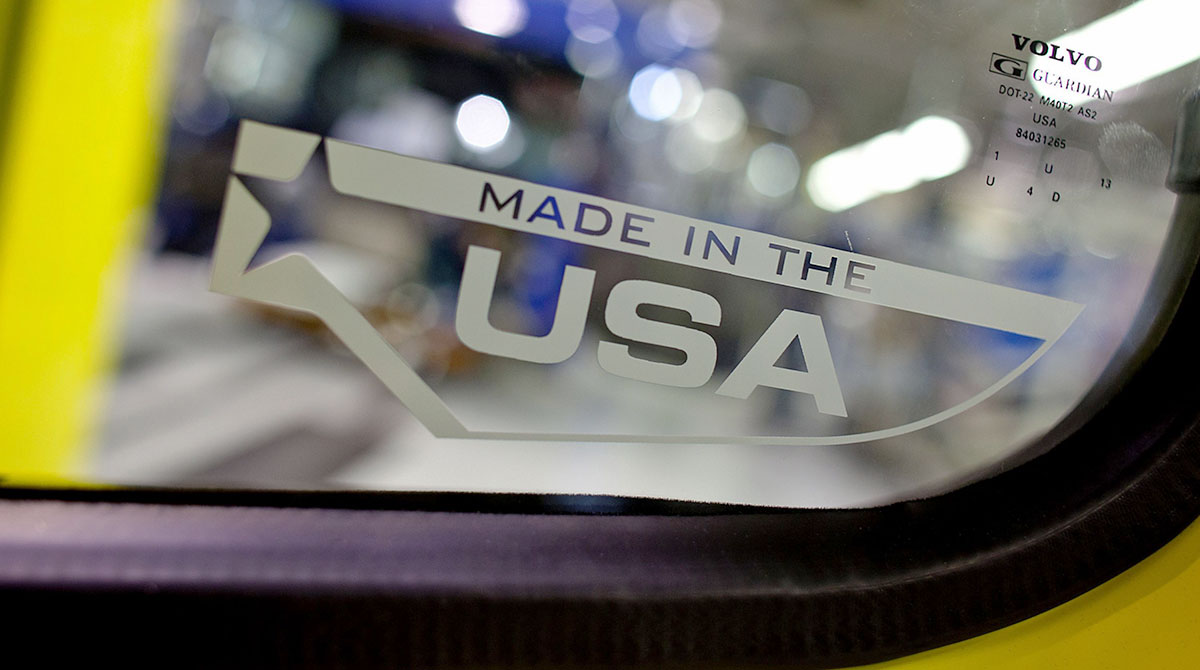 A "Made in the USA" sticker is placed on a truck window at the Volvo AG New River Valley Plant in Dublin, Va. (Justin Ide/Bloomberg)

The Biden administration announced several new actions Feb. 24 intended to ease supply chain disruptions that have plagued the economy during the coronavirus pandemic.

The moves by the White House and several cabinet departments would aid domestic manufacturers in order to reduce the U.S. reliance on foreign imports in the coming years, though senior administration officials cautioned that Congress must enact more sweeping changes.

The White House said in a statement that it plans to issue a new “Buy American” rule that would allow the federal government to pay more for certain “critical” domestic-made products. The Export-Import Bank’s board will also vote this spring on a new initiative to provide financing to U.S.-based makers of semiconductors, biotech and biomedical products as well as renewable energy companies.

In addition, the Department of Health and Human Services will create a new program under the Defense Production Act to provide loans and grants to encourage manufacturing of pharmaceuticals and other essential health products in the U.S. A shortage of masks and other personal protective equipment hampered the nation’s ability to stop the spread of the coronavirus early in the pandemic. The Energy Department will also open a new office to modernize supply chains to accommodate clean energy sources and ensure electric-vehicle battery makers have the parts they need.

During that time, automakers have been forced to stop production because of a lack of computer chips. Health care workers treating patients with COVID-19 were forced to deal with limited protective equipment because of shipping delays with China. Major U.S. ports saw containers full of imported clothes and electronics piled up on docks.

Senior administration officials said they have made progress in alleviating those problems. They also said China competition legislation in the House and Senate as well as elements of Biden’s Build Back Better agenda would be required to address the full scope of the issue. The China bill has not stalled as has Build Back Better, but would likely take months to pass and be implemented.

The administration has pushed Congress to pass a competition bill that includes $52 billion to promote domestic semiconductor research and manufacturing. The global shortage of chips has been a key driver of inflation by increasing the costs of used and new automobiles. Industry analysts say the supply crunch will continue into next year.