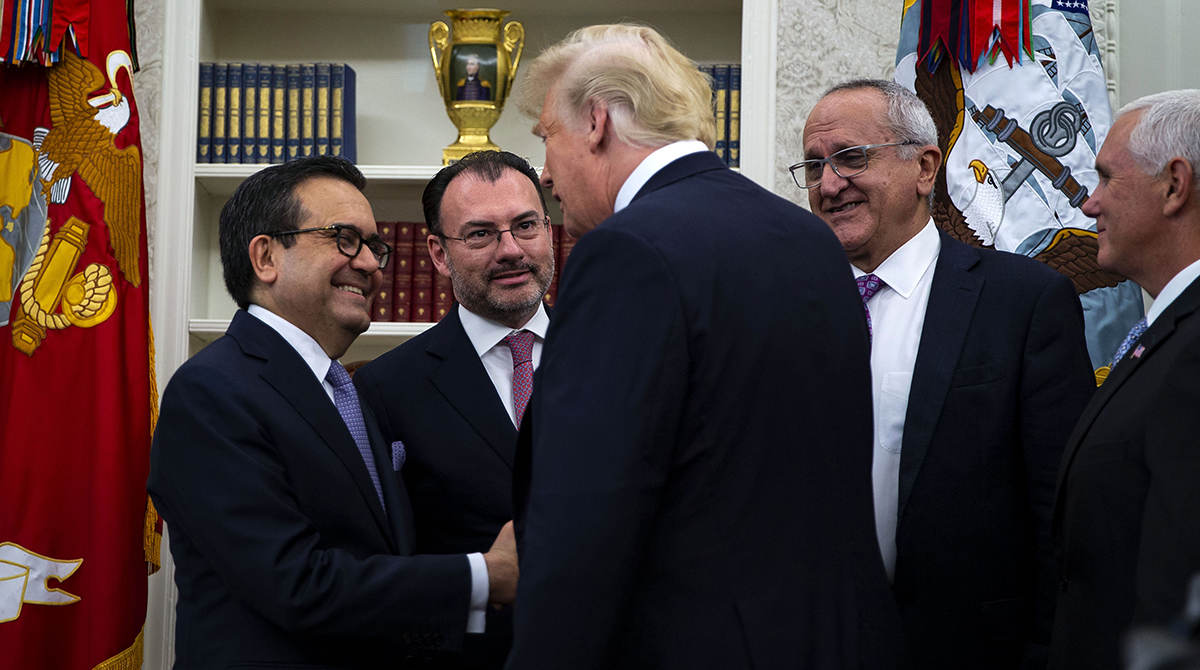 A new trade agreement between the United States and Mexico contains a provision that could boost cross-border package delivery, ratchets up pressure on manufacturers to source more products domestically and may lead to more restrictions on Mexican trucks operating in the United States, according to early assessments from business and industry officials.

Trucking leaders reacted cautiously to the news with many waiting to see if Canada becomes a party to a deal that is intended to replace the North American Free Trade Agreement. 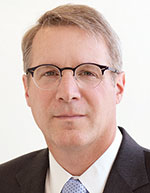 “We commend President Trump and his team of negotiators on reaching a tentative agreement with Mexico to modernize NAFTA,” said Chris Spear, president of American Trucking Associations in Arlington, Va. “Our industry knows full well the value and importance of free and fair trade. We look forward to productive work with our partners in Canada and examining this new agreement in detail to assess how it will affect motor carriers and the flow of commerce between our North American partners.”

President Donald Trump announced on Aug. 27 that an agreement in principle had been reached with Mexico and gave Canada until Aug. 31 to negotiate a similar pact. But on that day, the U.S. announced negotiations with Canada will resume Sept. 5 after four days of intense discussions in Washington ended without a deal.

In a statement issued by the Office of the U.S. Trade Representative, the agreement with Mexico is described as something that “will support mutually beneficial trade leading to freer markets, fairer trade and robust economic growth in North America.” 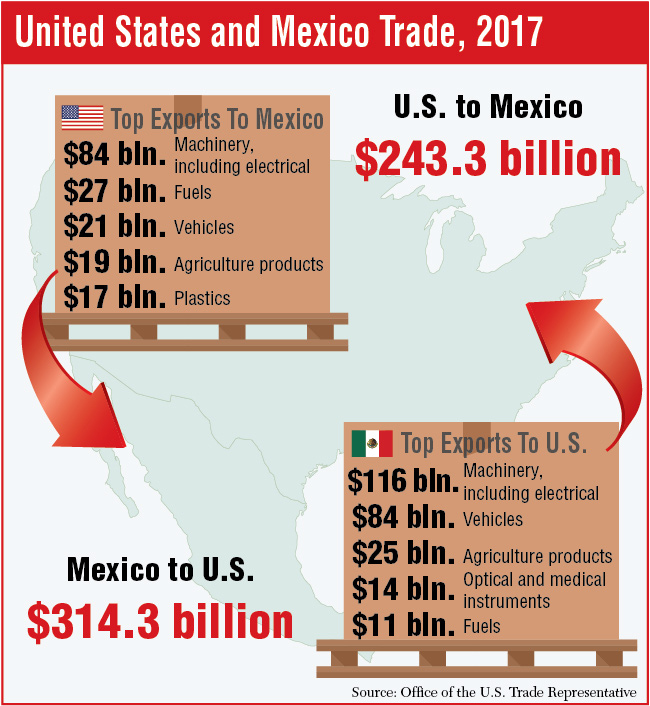 A key provision in the agreement, intended to shrink the trade deficit between the United States and Mexico, is a requirement that vehicles shipped to the United States have 75% of the value of their parts come from suppliers in North America, up from the current level of 62.5%.

Other provisions set “rules of origin” standards for chemicals, products made from steel, glass and optical fiber, plus the agreement limits the use of textiles from sources outside of North America for clothing produced in Mexico.

Cindy Sebrell, vice president of the Motor & Equipment Manufacturers Association, a trade group representing truck equipment manufacturers, said she is concerned about the possibility of a cap on motor vehicle parts exports to the United States.

“This may serve to decrease American manufacturing jobs and exports and put U.S. businesses at a global disadvantage — all while increasing costs to consumers,” Sebrell said.

Mexico agreed to raise its de minimis shipment value level, or the value at which a product becomes subject to customs duties or taxes, from $50 to $100. The change will make it easier for companies and individuals in the United States to sell goods in Mexico. 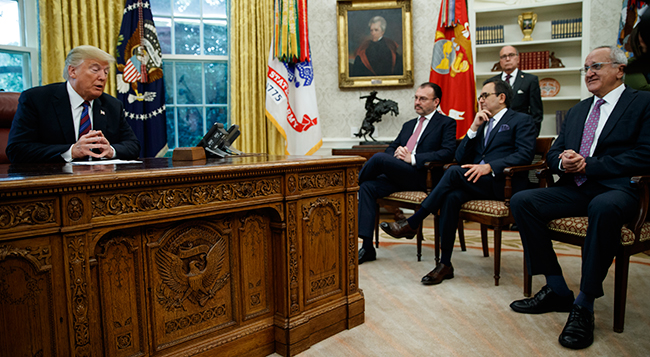 That could lead to a surge in small package shipments across the border, although a spokeswoman for UPS Inc. declined to elaborate, saying “it’s still a bit early in the process for us to comment.”

A chapter on labor includes a provision committing Mexico to take action to provide for effective recognition of the right to collective bargaining. It also prohibits the importation of goods produced by forced labor and requires that between 40% and 45% of auto content be made by workers earning at least $16 an hour. Mexican auto workers typically make less than $8 an hour and even less at parts plants, according to the Center for Automotive Research. 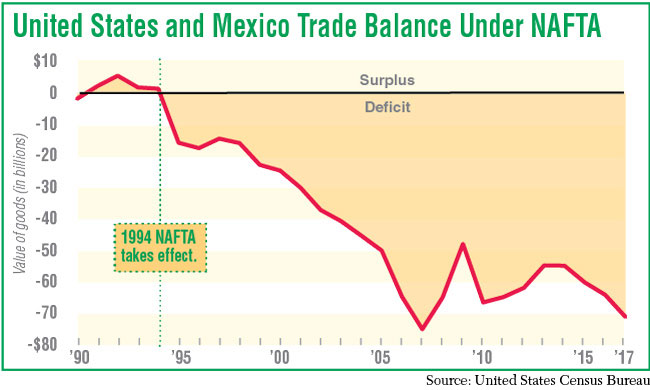 There could be changes, however, in a program that allows a limited number of Mexican trucks to operate in the United States beyond border zones, according to several industry sources.

The issue was first raised in 2017 when NAFTA talks began, at the urging of the Teamsters union and others who claimed that allowing Mexican drivers to operate in the United States would compromise safety and take jobs from U.S. drivers. Teamsters General President James Hoffa issued a statement in which he urged the administration to continue with reforms to the trucking provisions in NAFTA. “We believe that the administration has taken real steps to deal with our concerns,” he said.

“I’m still waiting to see some in-depth analysis of the details,” he said. “I’m relieved, of course, that it appears binational and — most likely — trinational trade agreements are going to happen.”