US Initial Jobless Claims Worse Than Forecast for Second Week 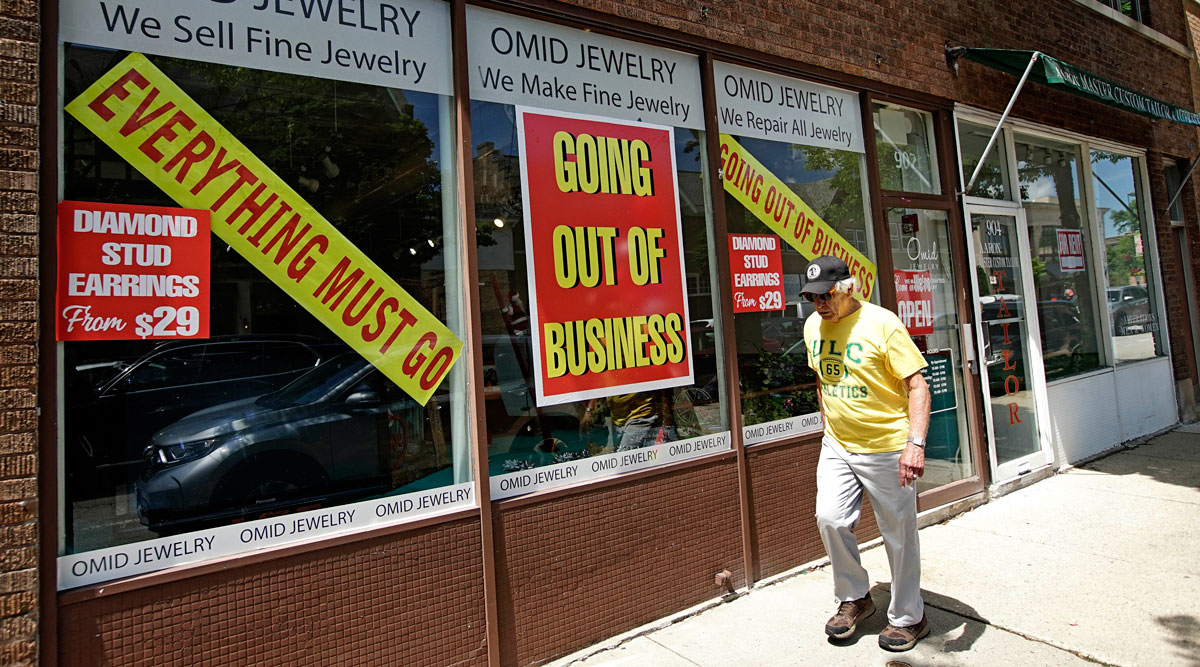 A man walks past an Illinois retail store going out of business due to the pandemic on June 23. (Nam Y. Huh/Associated Press)

The number of Americans seeking unemployment benefits was higher than forecast for a second straight week, adding to signs that the recovery is cooling amid a pickup in coronavirus cases.

Initial jobless claims in regular state programs fell to 1.48 million last week from an upwardly revised 1.54 million in the prior week, Labor Department data showed June 25. Continuing claims, a closely watched figure that tracks the overall pool of recipients, declined by more than forecast to 19.5 million in the week ended June 13. 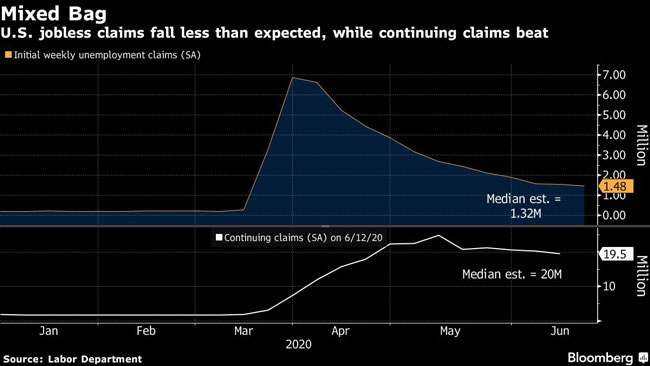 The unemployment claims figures underscore the risks to the recovery from deep labor-market damage across the country. While states have largely eased restrictions on businesses and some consumer demand has returned to support those jobs, virus cases have been resurgent in many large states and consumer spending remains subdued compared with pre-pandemic levels.

Some of the job losses are emerging from the largest U.S. companies as they adjust to an economy and consumers reshaped by the pandemic. Macy’s Inc. announced June 25 that it will cut about 3,900 corporate and management jobs to slash costs in an effort to weather the long-term effects on the reeling retail sector.

Even so, economists expect continued improvement in the hard-hit labor market; the government’s monthly jobs report next week is projected to show employers added 3 million workers to payrolls in June, following 2.5 million in May.

Another measure that considers total claims under all programs — which includes the federal Pandemic Unemployment Assistance program aimed at self-employed and gig workers — increased to an unadjusted 30.6 million in the week ended June 6. The figure includes 11 million people on PUA benefits, compared with 18.3 million on regular state benefits.

Commerce Department figures on June 25 showed U.S. orders for durable goods jumped 15.8% in May, the most in nearly six years as nationwide reopenings rekindled demand for a broad range of merchandise and equipment.

At the same time, another report showed U.S. merchandise exports sank in May to the lowest in more than a decade while imports dropped.

US Jobless Claims Tick Up to 745,000 as Layoffs Remain High