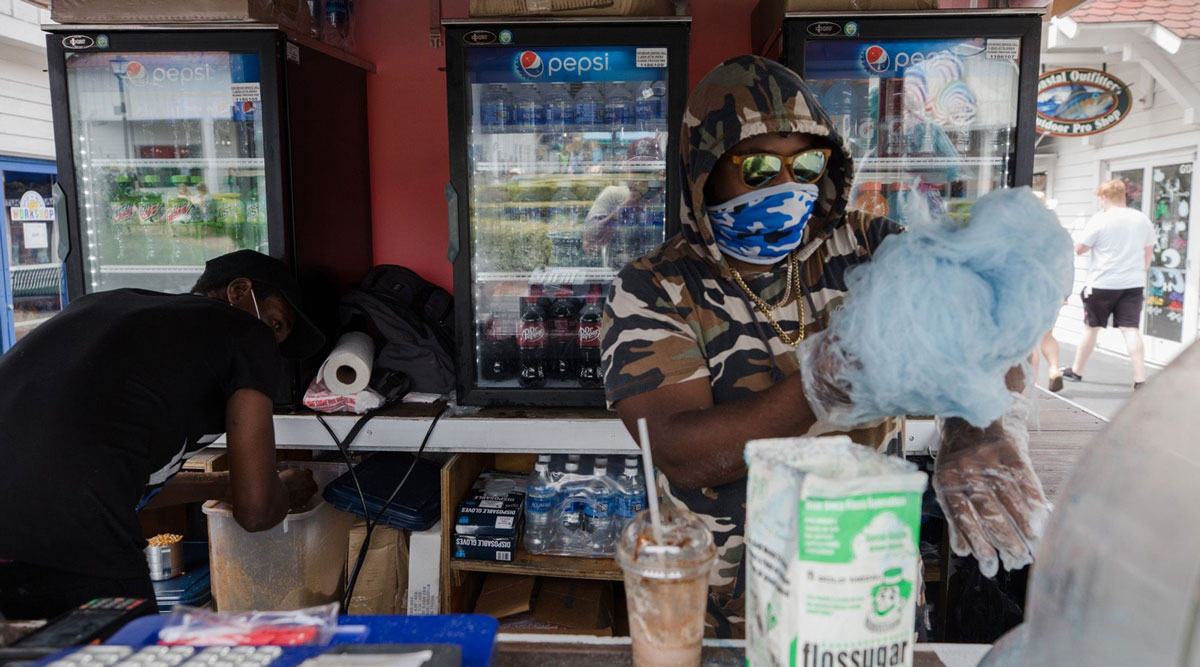 Initial claims in regular state programs decreased by 9,000 to 376,000 in the week ended June 5, Labor Department data showed June 10. The median estimate in a Bloomberg survey of economists called for 370,000 applications.

Continuing claims for ongoing state benefits fell by 258,000 in the week ended May 29, the biggest drop since mid-March, to 3.5 million. 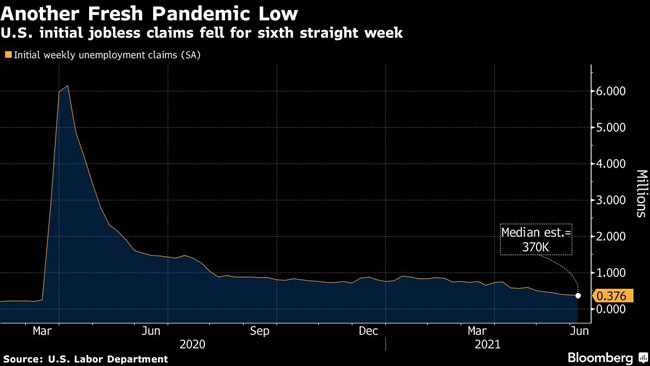 The number of layoffs has abated considerably since the start of the year as more Americans get vaccinated against the coronavirus and companies expand head counts to meet demand. Hiring is expected to keep picking up in coming months as remaining business restrictions are lifted and more people plan for summer travel and leisure.

Still, the labor market has a way to go to return to its pre-pandemic strength, and many employers say they are having trouble hiring.

A separate report June 10 showed that prices paid by U.S. consumers rose in May by more than forecast, extending a monthslong buildup in inflation that risks becoming more established as the economy strengthens.

Half of states recently have announced plans to pull out of federal-enhanced unemployment-benefit programs amid a debate about whether generous aid is making it more difficult for employers to hire.

Enhanced benefits are set to expire June 12 in Alaska, Iowa, Mississippi and Missouri. Those states all saw decreases in claims ahead of this weekend’s expiration date.

Last week’s drop in initial claims was led by Pennsylvania and California, which are keeping benefits in place until September.

Mnuchin Expects to Resume Talks With Pelosi on New Stimulus