Two new hydrogen hubs have been formed with a Southwest collaborative among Arizona, Nevada and the Navajo Nation as well as a six-state Southeast group featuring lead utilities.

Known as SHINe, the organization submitted a concept paper to the U.S. Department of Energy in November for its plan for hydrogen that could include production, processing, storage and delivery systems.

Several states have been joining across the country this year to form regional hydrogen hubs in efforts to be among six to 10 winners for a share in a $7 billion fund to establish clean hydrogen hubs nationally.

Hydrogen production, processing, delivery, storage and end-use are important to DOE’s objective in meeting President Joe Biden’s goal to move the U.S. to a 100% clean electrical grid by 2035 and net-zero carbon emissions by 2050.

Full applications are due April 7, after a Nov. 7 requirement that hydrogen hubs across the country submit concept papers. 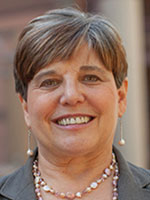 “The SHINe network includes salt cavern storage, heavy-duty transportation and distribution technologies that will help accelerate the use of clean hydrogen as a source of low-carbon energy powering the economy,” Ellen Stechel, executive director of the Center for an Arizona Carbon-Neutral Economy said in a Nov. 22 news release.

AzCaNE was established by the hydrogen hub coalition on Arizona State University campus in Tempe.

Partners hope that being located in a sun belt “with significant available undeveloped land and abundant clean energy resources” and the closeness to green-energy California will be advantageous.

Among the strengths of SHINe is being able to tap into Arizona’s advantages such as its top universities, the nation’s largest nuclear power plant there producing 100% carbon-free electricity and a welcoming environment for startup companies.

Nevada’s attributes, cited by the group, are being an early investor in clean hydrogen infrastructure, which will be necessary to integrate more hydrogen-fueled vehicles.

This exciting partnership will pave the way to a carbon-neutral economy for Arizona by 2050, creating good paying jobs and fueling innovation and sustainable energy sources throughout our state. https://t.co/gSNJwMjMPQ — Kyrsten Sinema (@SenatorSinema) June 4, 2022

Another attribute is the Navajo Nation’s partnership. Spanning over 27,000 square miles extending into Arizona, Utah and New Mexico, the Navajo Nation is one of the largest tribes in the U.S. and is transitioning to a clean energy economy on its land, which is larger than West Virginia.

Other players in SHINe consist of more than 40 member organizations with expertise and operations throughout the region, including the city of Phoenix, nonprofits, companies and state agencies from Nevada and Arizona.

On the opposite side of the country, a Southeast Hydrogen Hub coalition announced Nov. 1 it had been created among “a growing list of hydrogen users from a variety of industries” in Alabama, Georgia, Kentucky, North Carolina, South Carolina and Tennessee.

“A hydrogen hub in the southeastern U.S. is expected to bring robust economic development benefits to the region, and hydrogen is attractive as an energy resource because it has immediate potential to accelerate decarbonization in the Southeast and across all sectors of the U.S. economy — including transportation, which generates the largest share of greenhouse gas emissions in the country,” a Battelle announcement noted. 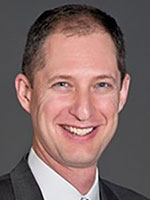 Matt Vaughan, president of Battelle’s Applied Science and Technology, said. “This team has a lot of strong players, and we think Battelle’s expertise and long history of operating large complex programs for the Department of Energy and other federal agencies can help uniquely position this team for success to address the critical issue of creating a clean energy future.”

The utilities provide energy to millions of people and businesses in the Southeast. Dominion Energy of Richmond, Va., provides electricity and gas to 7 million customers in 15 states.

“From electricity and home heating to transportation and manufacturing, hydrogen will bring jobs, investment and clean energy to every sector of the southeast U.S. economy,” said Mark Webb, chief innovation officer of Dominion Energy.

“With the nation’s leading utilities forming a solid, customer-centered foundation, the Southeast Hydrogen Hub promises to become a new catalyst for economic development and growth, while bringing broad, economywide decarbonization to the customers and communities we serve,” noted Chris Cummiskey, executive vice president, chief commercial officer and customer solutions officer at Southern Co., which has more than 9 million customers through its subsidiaries.