UPS-Waymo Partnership to Start in Near Future 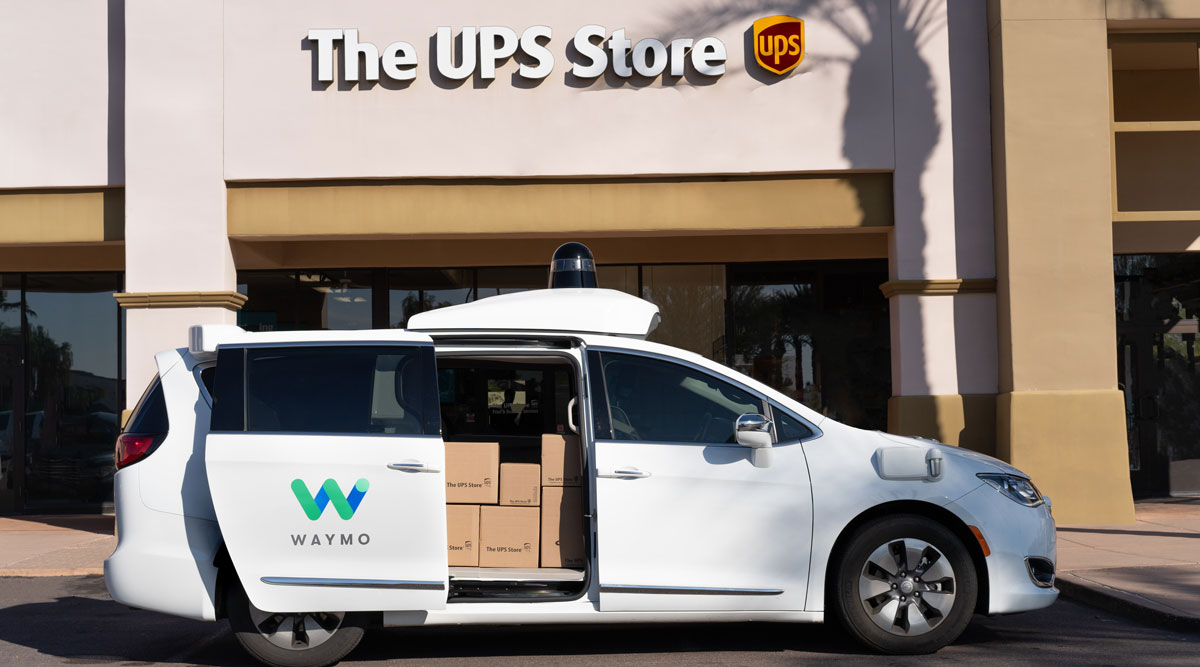 When a new partnership kicks off between UPS and self-driving technology company Waymo in the coming weeks, residents near Phoenix will come to learn that some minivans can (mostly) drive themselves.

UPS and Waymo announced Jan. 29 a pilot program for autonomous vehicle package pickup in the Arizona city. The partnership will feature Waymo’s self-driving Chrysler Pacificas shuttling packages from The UPS Store locations in Phoenix to a local UPS sorting facility for processing.

“Getting packages to our sortation facilities sooner and more frequently, while also creating an opportunity for later drop-offs for next-day service, can add enormous value for our customers,” Scott Price, UPS chief strategy and transformation officer, said in a release.

The Waymo vehicles will drive autonomously but also have a Waymo-trained driver on board to monitor operations.

The companies plan to use the findings from this program to understand more clearly how autonomous ground vehicles can improve customer service and network efficiency. The release also suggested the companies would use results from the pilot to develop a long-term collaboration plan.

It wasn’t specified when the partnership would begin, only that it would be “starting in the coming weeks.”