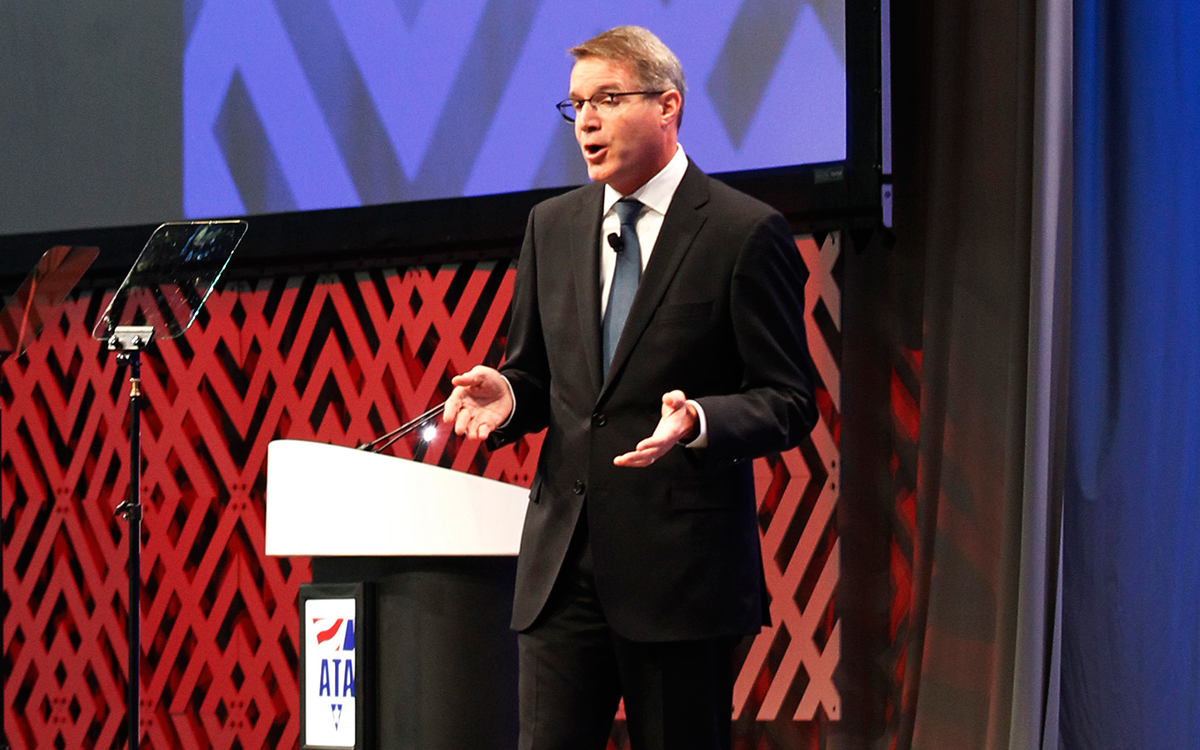 Trucking leaders will gather in Orlando, Fla., to address these critical issues and chart out the industry’s path forward during the conference, which runs Oct. 21-25 with the theme, “Building Trucking’s Future.”

Analysis by ATA has indicated that the industry is short by 48,000 drivers, and the problem could worsen as more members of the aging workforce retire or leave the industry.

ATA President Chris Spear will outline strategies to combat the driver shortage during his annual state of the industry address Oct. 23.

“We all know that the shortage is real,” Spear said. “It’s not just one solution. It’ll be multipronged, and I will be discussing it.”

MCE attendees also will hear from Transportation Secretary Elaine Chao and Labor Secretary Alexander Acosta, who will address the driver shortage and other topics in speeches before and after Spear’s keynote address. Acosta is expected to discuss guidelines and policies aimed at boosting employment.

Besides the labor initiatives, Spear will tackle the emerging landscape for automated driving technology and the movement in Congress to overhaul the country’s tax code.

Congressional leaders and the White House have set out to approve by year’s end a reduction of the corporate tax rate from 35% to as low as 15%.

House and Senate Republican leaders and the Trump administration appear to be relatively aligned regarding the framework for a tax-reform package.

Spear said trucking leaders will have access to policymakers shaping the tax reform bill and will participate in many of the negotiations leading up to it.

“We’re going to be looking at a broadening of the base and the lowering of the rate,” Spear said.

Coinciding with tax reform is an effort to advance autonomous-vehicle legislation to the president’s desk.

ATA intends to steer the issue in a way beneficial to the trucking industry and its drivers.

“Clearly, going into it, we had a lot of questions we’re facing and not a lot of answers, so we made this a focal point,” Spear said.

The Senate Commerce Committee has yet to indicate if trucking policy would be included in its autonomous-vehicle legislation. The House advanced its bill sans trucking provisions. 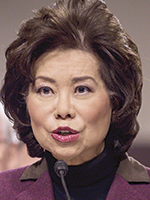 Chao also will update trucking executives on the administration’s funding goals for infrastructure projects, as well as the recent proposals by the U.S. Department of Transportation to streamline environmental regulations across the construction sector.

Earlier this year, the administration unveiled a blueprint calling for $200 billion in direct federal dollars that would leverage $800 billion in private capital from investors to pay for large-scale infrastructure improvements.

Spear says the plan will need adjustments to secure the votes needed for passage.

"That blueprint isn't going to get the job done," said Spear.

An issue Spear and other executives have put to rest is the federal mandate for electronic logging devices.

ATA experts and federal regulators will update carriers and drivers on the steps they must take prior to the mandate’s Dec. 18 implementation deadline.

The regulation requires most interstate truck drivers to replace paper logbooks with ELDs to record their hours-of-service information.

MCE also will feature a host of educational and leadership sessions, policy meetings and industry awards, as well as an exhibit hall where manufacturers and suppliers will showcase their latest equipment, technology and services.

The top driver at this year’s National Truck Driving Championships, grand champion Roland Bolduc of FedEx Express, will be among the honorees to be recognized during the awards luncheon. 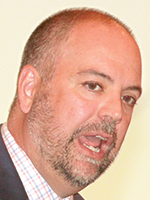 A general session Oct. 22 will delve into the numbers associated with top trucking issues, such as the economic and regulatory environment, new technology and the driver shortage. The session will feature Werner Enterprises CEO Derek Leathers, ATA Chief Economist Bob Costello and Rebecca Brewster, president of the American Transportation Research Institute.

Other sessions include a panel of trucking legends and a presentation by Neil Newhouse of Public Opinion Strategies.

“With a program that will feature updates on the economy, the political picture in Washington, regulations affecting the industry and the opportunity to see some of the technology changing trucking, MCE remains a singularly important event on the calendar for trucking,” said ATA Chairman Kevin Burch, president of Jet Express Inc. “Every time I’ve attended MCE, I have been able to take something back to improve my business, so I encourage anyone concerned about the future of trucking to attend.”