Acquisition Is Second of Year for Equipment Rental Company

Neff Rentals provides earthmoving, material handling, aerial and other equipment to construction and industrial customers with 69 locations across the southern United States. Neff ranks No. 11 on the Transport Topics list of the top private carriers in the equipment rental sector with 191 tractors, 58 straight trucks and 214 trailers. It is expected to generate revenue of $419 million in 2017. 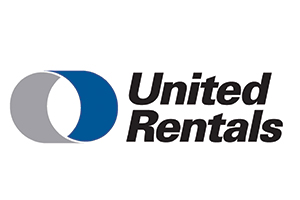 United Rentals, based in Stamford, Conn., will pay a termination fee of $13.2 million to H&E Equipment Services on behalf of Neff. H&E ranks No. 10 in the equipment rental sector with 197 tractors, 335 straight trucks and 241 trailers.

United Rentals is the largest company in the equipment rental sector and ranks No. 24 on the Transport Topics Top 100 list of largest private carriers in North America with 1,420 tractors, 2,204 straight trucks and 1,484 trailers.

“The acquisition of Neff is a significant opportunity for us,” United Rentals CEO Michael Kneeland said. “We expect this transaction to be accretive to both our financial performance and customer-facing operations, with an important cross-selling component.”

Cost savings from the combined operations and reduced overhead is projected to be $35 million by the end of the second year, United Rental executives noted in a press release Aug. 16.

In addition, the company expects to benefit from Neff’s expertise in providing equipment for infrastructure, including large earthmoving projects.

Neff CEO Graham Hood said employees and customers will benefit from the combined company’s expanded geographic footprint and diversified service offerings. United Rentals has 960 locations in 49 states and every Canadian province. The company generated sales of $5.76 billion in 2016.

In April, United Rentals completed the purchase of NES Rentals Holdings for $965 million. Chicago-based NES had 73 locations in 31 states and generated revenue of $369 million in 2016.