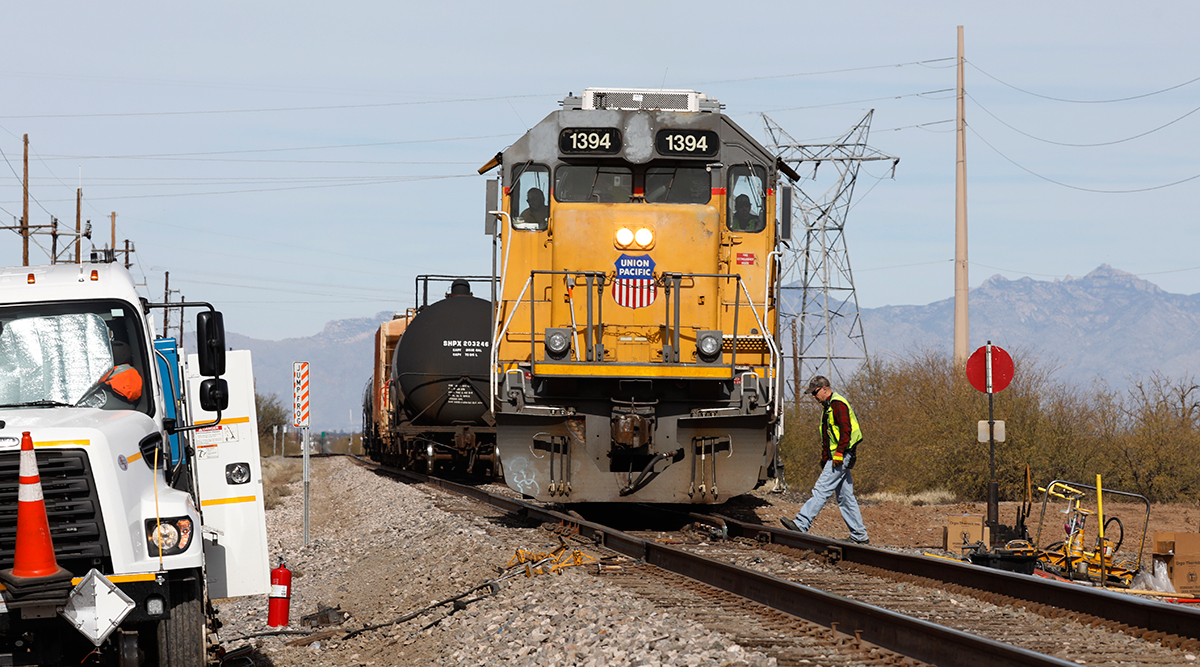 The crew on a Union Pacific freight train works at a siding near Tucson, Ariz. (David Boe/Associated Press)

OMAHA, Neb. — Union Pacific says it will stop imposing temporary limits on certain businesses’ shipments while it reviews the policy that federal regulators and shippers criticized at a hearing in mid-December.

Union Pacific has put more than 1,000 of these embargoes in place this year — significantly more than all the other major freight railroads combined — as part of its effort to clear up congestion along the railroad. CEO Lance Fritz said in a brief letter to the U.S. Surface Transportation Board Dec. 16 that UP will put all new embargoes on hold.

These orders that force businesses to temporarily limit their shipments and pull some of their railcars off of UP’s network caught regulators’ eye because they are up significantly over the past few years. In 2018, UP used 140 of them, according to the STB.

Members of the STB and companies that rely on railroads to deliver their raw materials and finished products said at December’s two-day hearing that the embargoes disrupt business operations and drive up shipping costs because companies may have to resort to more expensive shipping options, like trucking.

Many businesses are served by only one railroad. Their bulk products may not be well suited to being delivered by trucks, so they don’t have many options when Union Pacific imposes limits.

Normally, railroads use embargoes in extreme conditions when something outside their control, like a flood or bridge fire, hurts their ability to haul freight. Business groups, however, say they believe deep cuts in UP’s workforce are a major reason the Omaha, Neb.-based railroad is having so much trouble meeting customer expectations.

Union Pacific executives argued at the hearing that these temporary limits are needed to help improve the performance of the railroad, but STB Chairman Martin Oberman said they haven’t seemed to help Union Pacific significantly because its performance statistics still lag behind where they should be.