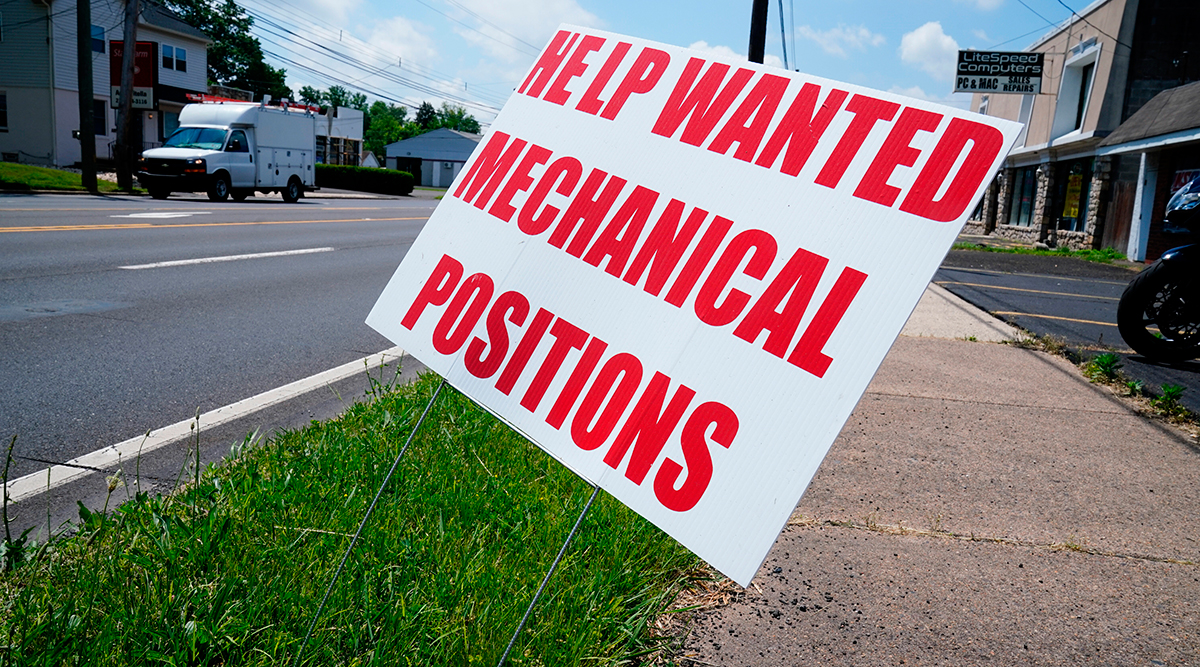 FILE - A help wanted sign is posted on the side of a road in Warminster, Pa. (Matt Rourke/Associated Press)

The total number of Americans collecting unemployment aid rose by 13,000 to 1.51 million for the week ending Nov. 5, a seven-month high, but still not a concerning level.

Applications for jobless claims, which generally represent layoffs in the U.S., have remained historically low this year, deepening the challenges the Federal Reserve faces as it raises interest rates to try to bring inflation down from near a 40-year high.

Steady hiring, solid pay growth and low unemployment have been good for workers, but have contributed to rising prices.

The government reported last week that consumer inflation reached 7.7% in October from a year earlier, the smallest year-over-year gain since January. Prices at the wholesale level rose 8% in October from a year ago, the fourth straight decline and the latest sign that inflation pressures in the United States are easing. The annual figure is down from 8.4% in September.

Though those numbers are still too high for an otherwise healthy economy, they came in lower than economists expected, giving some hope that the Fed will ease up on future rate hikes.

Early in November, the Fed raised its short-term lending rate by another 0.75 percentage points, three times its usual margin, for a fourth time this year. Its key rate now stands in a range of 3.75% to 4%, the highest in 15 years.

Fed officials have admitted that part of their strategy is to loosen up the U.S. job market, which has been adding jobs at a furious pace the past two years after COVID-19 hit the U.S. and wiped out more than 20 million jobs.

American employers added a healthy 261,000 jobs in October, according to the Labor Department’s most recent data, and the unemployment rate rose from a five-decade low of 3.5% to 3.7%. Fed officials have signaled that the unemployment rate needs to be at least 4% to slow inflation, a threshold increasingly in sight as more and more high-profile companies announce layoffs. 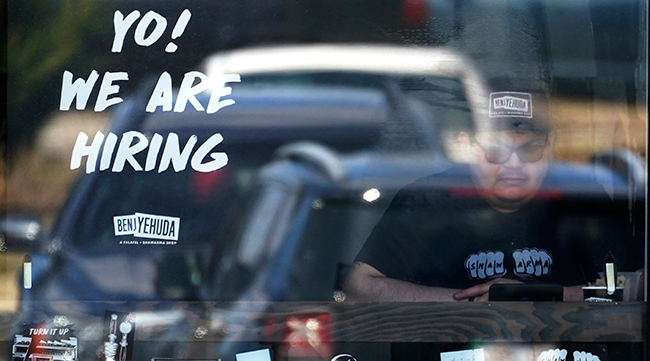 A hiring sign is displayed at a restaurant in Schaumburg, Ill. (Nam Y. Huh/Associated Press)

On Nov. 16, Amazon announced that it has begun mass layoffs in its corporate ranks, becoming the latest tech company to trim its workforce amid rising fears about the wider economic environment.

The online retail giant notified regional authorities in California that it would lay off about 260 workers at various facilities that employ data scientists, software engineers and other corporate workers. Those job cuts would be effective beginning Jan. 17. Amazon did not release an estimated number of total layoffs.

Facebook parent Meta said last week it was laying off 11,000 people, about 13% of its workforce, amid slumping revenue and broader tech industry woes. Twitter laid off about half of its 7,500-person staff after Elon Musk took over the company in November.

The online real estate broker Redfin also announced last week that it was laying off another 862 employees after slashing 470 jobs in June. With the housing market in an eight-months-long slump, Redfin has shrunk its workforce by more than 25% since April. Rival online broker Compass has also laid off hundreds of workers this year.

“The clock has struck midnight in terms of hyper-growth for Big Tech,” Wedbush Securities analyst Daniel Ives said. “These companies hired at such an eye-popping rate, it was not sustainable. Now there’s some painful steps ahead.”

Auto Prices Finally Begin to Creep Down From Inflated Highs