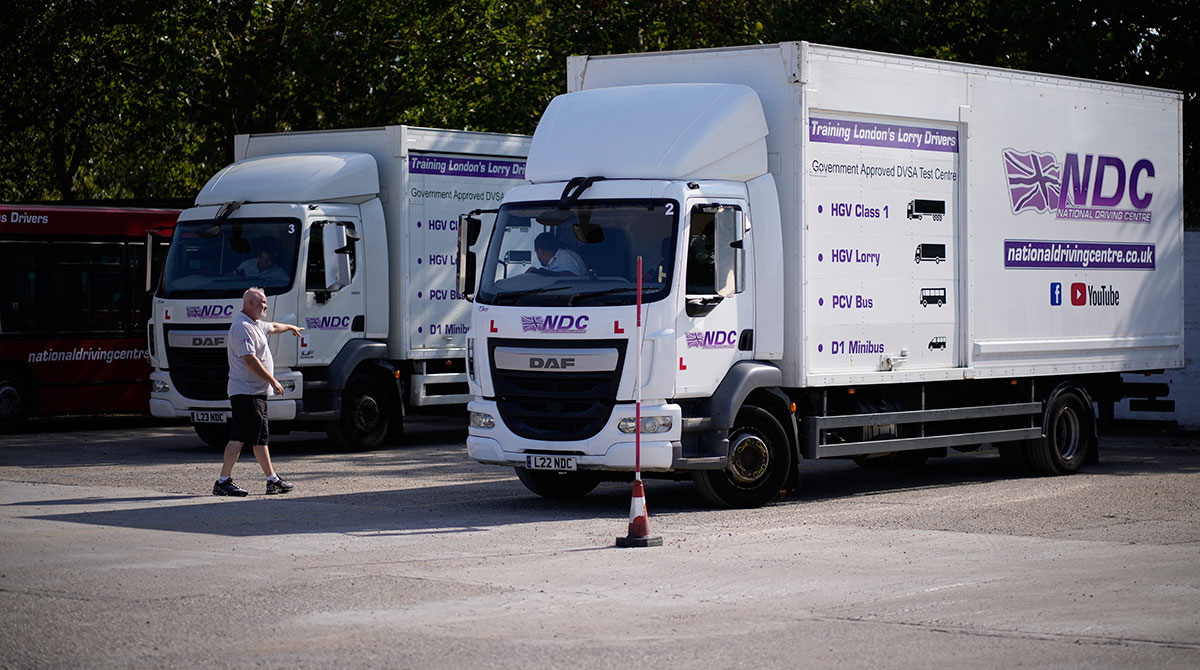 LONDON — British energy firms are rationing supplies of gasoline and closing some petrol pumps — the latest in a string of shortages that have seen McDonald’s take milkshakes off the menu, KFC run short of chicken and gaps appear on supermarket shelves.

A big factor behind the problems is a lack of truck drivers. The U.K. is short tens of thousands of drivers, as factors including Brexit and the coronavirus pandemic converge to create a supply chain crunch.

Officials urged motorists not to panic-buy petrol after BP and Esso shut a handful of stations because there were not enough trucks to get gas to the pumps. 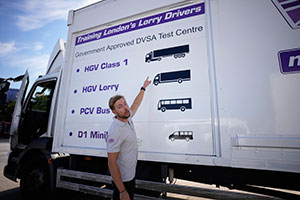 “The advice would be to carry on as normal,” Transport Secretary Grant Shapps said Sept. 24.

The haulage industry warns that things are anything but normal, and is pressing the government to loosen immigration rules and recruit more drivers from Europe to avert Christmas shortages of turkeys and toys.

The government is resisting that move, and scrambling to lure more British people into truck driving, long viewed as an underpaid and underappreciated job.

“Driving isn’t seen as a 21st-century sexy vocation,” said Laurence Bolton, managing director of the National Driving Centre, a family-owned school for truck drivers in the London suburb of Croydon.

But that is starting to change. Bolton’s school has seen a 20% increase in applicants since the U.K.’s pandemic restrictions eased earlier this year, with bus drivers, laid-off hospitality workers and even former airline pilots seeking to retrain as truckers, a suddenly in-demand and increasingly well-paid occupation.

“It opens up the opportunities,” said Stephen Thrower, 31, who works as a van driver but is training on trucks. “It’s more of a job for life.”

As a trainee trucker practiced reversing a huge rig between orange cones at the school’s asphalt lot, Bolton reeled off the ingredients that have made for a trucking crisis. Britain’s departure from the European Union prompted some European workers to head home. The British government closed a loophole that many drivers used to keep tax payments down. COVID-19 lockdowns halted driver testing for months, stopping the flow of new truckers.

Countries including the United States and Germany are also facing a driver shortage. But the U.K.’s problem has been worsened by Brexit. Britain’s full departure from the EU last year ended the right of the bloc’s citizens to live and work in the U.K., making it harder for firms to employ the eastern European drivers that many had come to rely on.

The pandemic also disrupted labor markets around the world, throwing millions of people at least temporarily out of work. An estimated 1.4 million Europeans left Britain for their home countries during the pandemic, often to be closer to family. It’s uncertain how many will return.

Britain’s trucking industry is lobbying for truck drivers to be added to the “shortage occupation list,” which would make it easier to recruit drivers from Europe. There are similar calls from Britain’s farming and food processing industries, which are short of fruit pickers and meat packers.

The Conservative government has refused, saying British workers should be trained to fill the jobs. 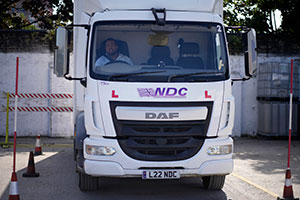 “We’ve continually allowed our domestic market to underperform by essentially having wages undercut by people coming in prepared to do the job for less, and in pretty bad conditions sometimes,” Shapps told lawmakers Sept. 22. “And that’s the wider picture that we’re determined to resolve.”

In an attempt to ease the shortage, the government has extended the number of hours drivers can work each week, increased trucker testing and “streamlined” the training process. One change means drivers no longer have to qualify on a rigid truck before moving up to huge tractor-trailers.

Bolton generally welcomes the government moves, but has concerns about the safety of letting drivers move straight from cars to 18-wheelers.

Shapps said the situation is improving “week by week” as more new drivers pass their tests. But businesses warn the solution won’t be quick or easy.

Ian Wright, chief executive of industry group the Food and Drink Federation, said the driver drought is part of a huge shakeup of labor markets and supply chains around the world.

“It’s going to get worse,” Wright said at a recent seminar organized by the Institute for Government think tank. “We should get used to the fact that occasionally empty shelves … is going to be the new normal.”

For trainee truck drivers, that’s good news. Wages are up, and some firms are offering free training, signing bonuses and other incentives. A driver for a big supermarket can make up to 50,000 pounds ($68,000) a year, more than many teachers, police officers or even lawyers.

“It’s absolutely a drivers’ market right now,” Bolton said. “They know they’re in demand. And it’s sort of turned into a bit of a bidding auction for lorry drivers at the moment — which is great because it’s been a long time coming.”

Cadhene Lubin-Hewitt, a London bus driver preparing to take his truck-driving test, started thinking about making the move when he got laid off last year because of the pandemic. News of the truck driver shortage convinced him he is doing the right thing.

Lubin-Hewitt, 32, hopes to work for a big supermarket or delivery company, and says he doesn’t worry about the loneliness, or the stress. He finds long-distance driving relaxing, “like going to a spa.”

“I wouldn’t find it boring at all,” he said. “I’d just blast (the music) higher, and go down the road smiling and singing.”