Uber Takes Shot at Lyft in Defense to Gig-Worker Suit 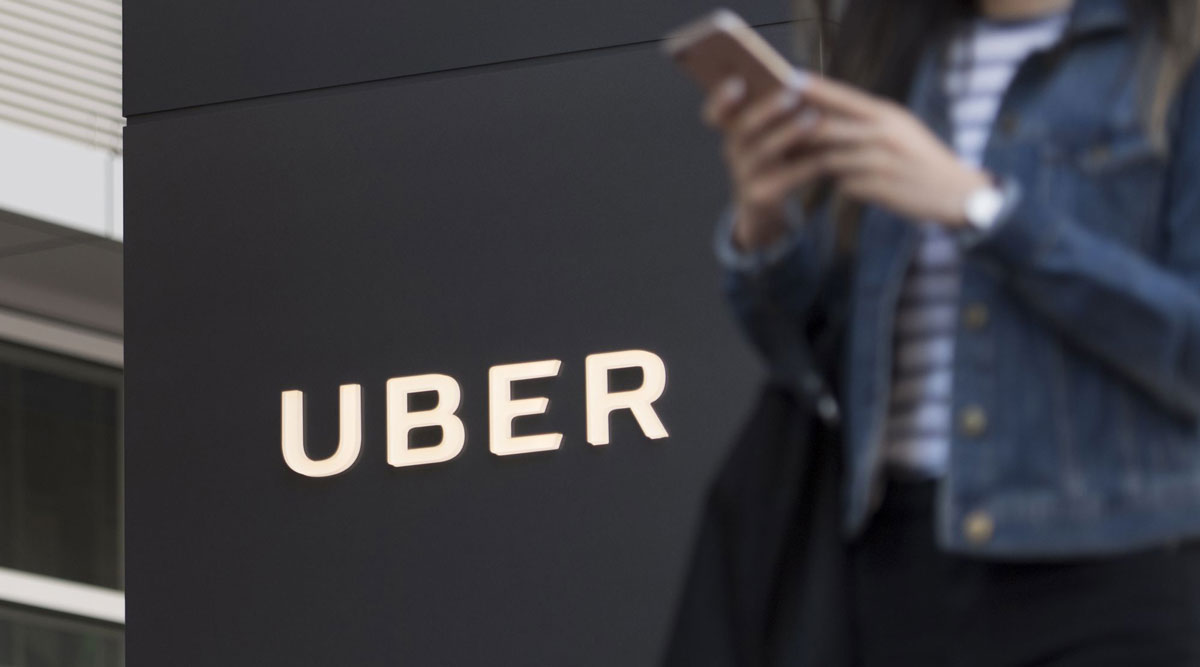 A pedestrian checks her phone in front of the Uber headquarters in San Francisco. (David Paul Morris/Bloomberg News)

Uber Technologies Inc. is trying to duck a California lawsuit that threatens to upend its business model — by pointing a finger at Lyft Inc.

The state is suing both companies to enforce a law designed to give gig-economy workers employee benefits like health care and overtime pay, but Uber on July 15 asked a state court in San Francisco to throw out the lawsuit because it “improperly joins two distinct companies with different business models.”

In its filing, Uber cast itself as having made adjustments to its model to give its drivers in California, whom it regards as independent contractors, even more autonomy, including letting them set their own fares and see a rider’s pickup and drop-off locations before they accept requests.

“Many of the general allegations asserted against both Uber and Lyft are simply false as to Uber,” the company said. “Vital distinctions are improperly ignored.”

California Attorney General Xavier Becerra sued the companies in May under the newly enacted Assembly Bill 5, which tightens standards on how employers classify workers. Last month, he asked the court to immediately begin enforcing the law. If the court decides the ride-share companies have been misclassifying drivers as independent contractors, they could be forced to pay for worker benefits and workplace protections even as the case drags on.

Lyft said in a statement that it expected Uber’s filing and that a separation of the cases wouldn’t affect the company.

“We have all said from the beginning that there is no ‘one-size-fits-all’ when it comes to software platforms or business models,” Lyft said.

Uber, Lyft and similar companies such as DoorDash Inc. are collaborating on a November ballot measure to exempt drivers from the new California law.

Charlotte Garden, an associate professor at Seattle University School of Law, said Uber might succeed in getting the court to split its case from Lyft’s. But she said Uber’s adjustments to its business model aren’t significant enough to show Uber doesn’t control how drivers do their work — a key analysis in determining whether they’re independent contractors or employees.

She pointed out that a provision of AB 5 says workers can generally be considered contractors only if they perform duties outside the usual course of a company’s business.

“I don’t think any of these changes will ultimately matter to whether drivers are employees under AB 5,” she said.