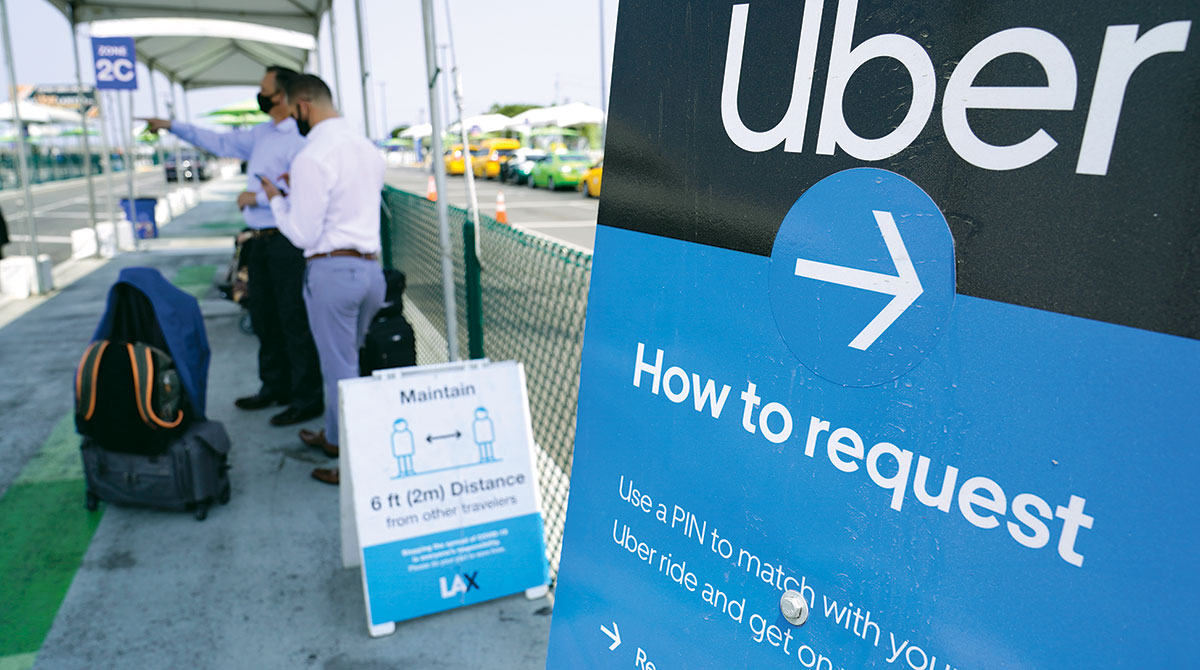 A user waits for an Uber. (Damian Dovarganes/Associated Press)

Revenue more than doubled to $8.1 billion in the second quarter, the company said Aug. 2 in a statement. That beat the $7.4 billion average projection from analysts, according to data compiled by Bloomberg.

“Last quarter I challenged our team to meet our profitability commitments even faster than planned — and they delivered,” CEO Dara Khosrowshahi said in the statement. 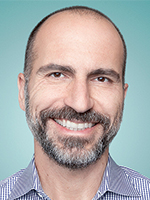 Uber reported 122 million people used the platform monthly, surpassing the 120.5 million analysts expected. Khosrowshahi said the number of consumers and earners using Uber are both now at a record.

Uber and gig-economy peers like Lyft Inc. and DoorDash Inc. are confronting inflation levels that are the highest in four decades and the specter of an economic downturn that could dampen demand, just as it was starting to recover after the rocky months of COVID shutdowns. At the same time, aggressive interest rate increases by the Federal Reserve have made unprofitable companies like these very much out of favor with investors.

Uber shares declined 43% this year through the close on Aug. 1, while Lyft has lost 67% of its value. Lyft reports results on Aug. 4.

Khosrowshahi said in May the company is “recession resistant,” but it has still taken steps to keep costs in check, by treating “hiring as a privilege.” Lyft also said it plans to significantly slow hiring and cut expenses.

Uber, which has struggled with a persistent shortage of drivers over the past year, has gradually decreased the extra spending on bonuses and incentives it was forced to offer to lure people back. Instead, the company has focused on improving its app by unlocking drivers’ ability to see a fare and a passenger’s destination. The imbalance between drivers and passengers has led to longer wait times and higher fares for customers. Rising fuel prices have led drivers to cut down on the number of hours they are on the road.

The company saw an acceleration in active and new driver growth, Khosrowshashi said on a conference call on Aug. 2, adding that its global driver and courier base grew 31% from last year to almost 5 million.

A key advantage against rival Lyft is Uber’s food-delivery business Uber Eats, which boomed during the pandemic just as ride-hailing demand cratered. Uber’s delivery arm, including restaurant, grocery items and alcohol, saw bookings increase 7% from a year ago to $13.9 billion. That missed the $14.4 billion analysts were expecting. Khosrowshahi cautioned that delivery bookings are expected to be “roughly flat” in the current period compared to the second quarter. Still, Uber is making more money from delivery than ever, in part because of contributions from its higher-margin advertising business.

Uber projected gross bookings of $29 billion to $30 billion in the third quarter and adjusted earnings before interest, tax, depreciation and amortization of $440 million to $470 million. That beat expectations of $391.6 million.

In the second quarter, Uber recorded a net loss of $2.6 billion, or $1.33 a share, due to unrealized losses from stakes in Grab Holdings Ltd., Aurora Innovation Inc and Zomato Ltd.