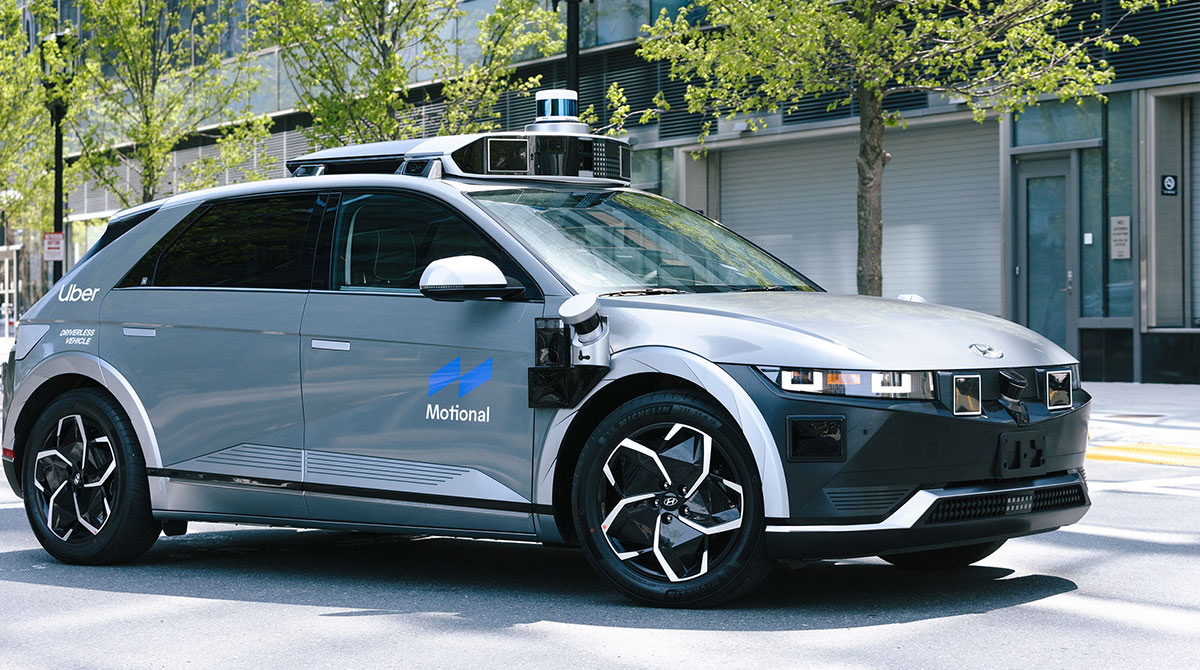 Uber Technologies Inc. inked a deal with Motional Inc. to offer driverless deliveries and rides, rekindling its vision of a self-driving taxi fleet nearly two years after it sold its autonomous vehicle division.

The San Francisco-based company is partnering with Motional, which is an autonomous driving joint venture between Hyundai Motor Co. and Aptiv Plc. The 10-year deal will pair Motional’s all-electric IONIQ 5 robotaxis with Uber’s ride-hailing and delivery platform, the companies said in a statement Oct. 6. They did not disclose financial terms.

“This agreement will be instrumental to the wide scale adoption of robotaxis,” Motional Chief Executive Officer Karl Iagnemma said in a statement.

The move builds on an existing partnership between the two companies piloting driverless food deliveries on Uber Eats. That effort launched in May in Santa Monica, Calif. Uber will begin to offer driverless rides later this year in the U.S.

“The scope of this partnership shows the important role that shared autonomous vehicles will play in the future of transportation, and in Uber’s strategy to be the global platform to help you go anywhere and get anything,” Noah Zych, Uber’s global head of autonomous mobility and delivery, said in the statement.

The agreement signifies Uber’s renewed interest in autonomous-driving technology for its ride-hailing business after it shelved lofty ambitions for self-driving cars in a bid to cut costs at the height of the pandemic. In December 2020, Uber sold its autonomous vehicle unit, Advanced Technologies Group, to Aurora Innovation Inc. and took a stake in the company.

Before the sale, ATG had made progress building and testing autonomous driving systems, deploying pilots in cities including San Francisco, Toronto and Washington. The unit also struggled amid a damaging lawsuit brought by Waymo and a fatal crash in March 2018 involving one of its test vehicles. Lyft Inc. also tempered its expectations around the speed and scale it could roll out a driverless ride-hailing fleet, opting to sell its self-driving technology unit to Toyota Motor Corp. in April 2021 for $550 million.

Both Uber and Lyft have shifted their strategy for advancing self-driving cars in recent years amid increasing pressure to focus more on profitability and less on costly bets. By partnering with autonomous vehicle technology companies, the ride-hailing giants have kept a stake in the sector without having to bring the research and development in-house.

In September, Lyft rolled out autonomous rides in Austin, Texas, in partnership with Ford Motor Co. and Argo AI. It also teamed up with Motional for a self-driving ride-hail service in Las Vegas.