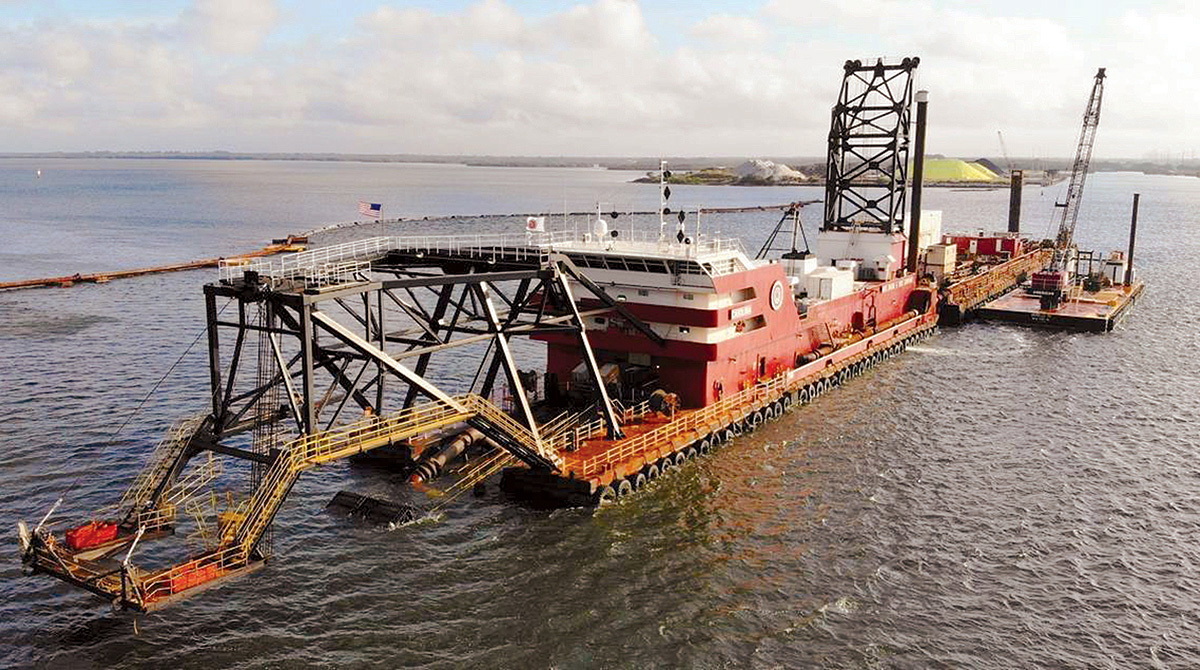 But on their way out, two of those departing employees hinted or said outright they felt not all was well. 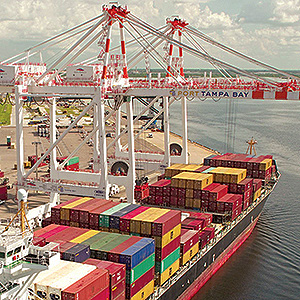 “I can’t tell you why all the other port executives resigned around the same time, but I definitely don’t think it’s a coincidence,” said former Director of Public Relations Samara Sodos, who identified unequal pay between herself and male predecessors and a lack of support from management as problems she faced.

The departures came as the port’s growth picked up momentum, with milestone gains in the businesses of cruise ship (1 million passengers) and cargo (100,000 shipping containers). Since December, the port has landed three new weekly containerships from Asia. The largest of those, which arrived in June, was so big that there was a late-game push to make sure Tampa Bay’s main channel was deep enough for the ship.

CEO Paul Anderson says the growth comes from executing a master plan to diversify the port’s lines of business, and he expects the port is “only going to get bigger.” That, he said, means the port needs to put a premium on “internal strategic communications,” operational efficiency and requiring “all personnel to step up their game.” 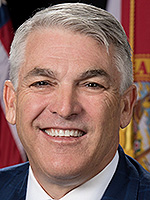 “This type of overhaul at any large organization will bring change,” he said in a statement to the Tampa Bay Times. “In this case, we feel it has been all very positive change.”

The first to leave was former Vice President of Operations Sal Kass, who had worked at the port for nearly 2½ years and was paid $163,960 annually. In March, he said in his letter of resignation he had been pleased to be part of the port’s growth.

But, he added, “along with growth comes many issues/factors that require full attention from all levels of management working in the port. Unfortunately, some of those factors are beyond my control. Therefore, I feel that resigning is the best option for me and my supportive team.”

One was installing security cameras at Port Redwing, something that Allman said took three years because top port officials decided to pay for them with grant money.

“They really should have had the cameras three years ago,” Allman said. “He’s in charge of operations, and his guys were screaming at him: ‘We’re blind!’ ”

Another issue was getting adequate crane support and other resources from Ports America, the port’s cargo operator, to facilitate the increased shipping container traffic that the port has been pursuing. Allman said that issue was resolved after port board Chairman Stephen Swindal went to New York to press the port’s case forcefully in person to Ports America’s CEO.

“I can’t deny it,” Swindal said when asked about Allman’s account of the meeting and its outcome.

Allman said he does not see a pattern in the four resignations or anything “indicative of any sort of management problem at the port.”

“Overall, it’s not a perfect place, but since Paul Anderson’s been there I’ve been really happy with the culture change,” Allman said.

Compared with years ago, the staff is more responsive to port customers and stakeholders, he said. There are clearer lines of accountability and a good working relationship among senior managers.

That said, it’s still a government agency. Allman said the bureaucracy that does exist, along with the built-in inability to move as swiftly or as decisively as a purely private company, was a source of frustration for former Vice President of Finance Stephen Fry, a 16-month employee who was paid $155,600. Fry came to the port from a series of jobs in the private sector. He resigned in May, and, according to his LinkedIn profile, has since gone on to a vice president’s job in finance at Busch Gardens and Adventure Island in Tampa.

Former Director of Information Technology Wade Barnes, who was paid $116,490 a year, resigned in April and now is the director of information and network security for the DeKalb County School District in Georgia.

“Atlanta’s my home,” Barnes said last week. Military service brought him to Tampa, and he ended up taking a job with the port. “I’ve been gone from Atlanta for 17 years. … I decided to come back home.”

She was paid $111,423 annually. That’s less, she said in her letter of resignation, than the $148,928 paid to former Vice President of Communications Ed Miyagashima and the $120,827 per year paid to former Director of Events and Special Projects Andy Fobes. Not only that, she said, the port paid an additional $170,000-plus to media consultants the year she arrived, but cut that to $60,000 and told her not to invoice the consultants after other departments tapped that money. And she said she was paid less than spokespersons at other ports and government organizations.

In response to a question from the Times, port principal counsel Charles Klug wrote, “We cannot compare the salary of each of our vice presidents or directors to that of any of the other vice presidents or directors in the organization as none of these positions share similar responsibilities. To conduct an accurate salary benchmark, the actual job responsibilities and minimum requirements are benchmarked against those of other professionals who share the same or similar responsibilities in a similar industry and in an organization of similar size and scope.”

Anderson said in a letter to Sodos on the day she resigned that the port tried to provide her with the support she needed for her job. He said she did not have the same “maritime industry experience” as Fobes, who had 20 years that included working at two other ports. Nor, he said, did she have the range of duties of Miyagashima, who also served as chief of staff. Port officials said when Miyagishima left, his duties were split among three jobs: chief of staff, director of communications and director of events and special projects.

This morning, we welcomed Chad Harrod who was sworn in to the #PortTampaBay board of commissioners at our August meeting. pic.twitter.com/ZWlzQiQ9Bu — Port Tampa Bay (@PortTampaBay) August 20, 2019

The port has 152 employees and, like many public and private employers, sees a large number retire or leave for bigger opportunities, Klug said.

“Over the past year, approximately 10% of the [Port Tampa Bay] workforce either retired, resigned or passed away, including one employee [former Chief of Staff Jamal Sowell] who left to accept the position of president and CEO of Enterprise Florida,” Klug said in a memo to the Times. “This compares favorably with the national average.”

People left for different reasons, said Swindal, who sees the timing as coincidental.

“I don’t think there’s a morale problem,” he said. “Paul has assembled a great team.”