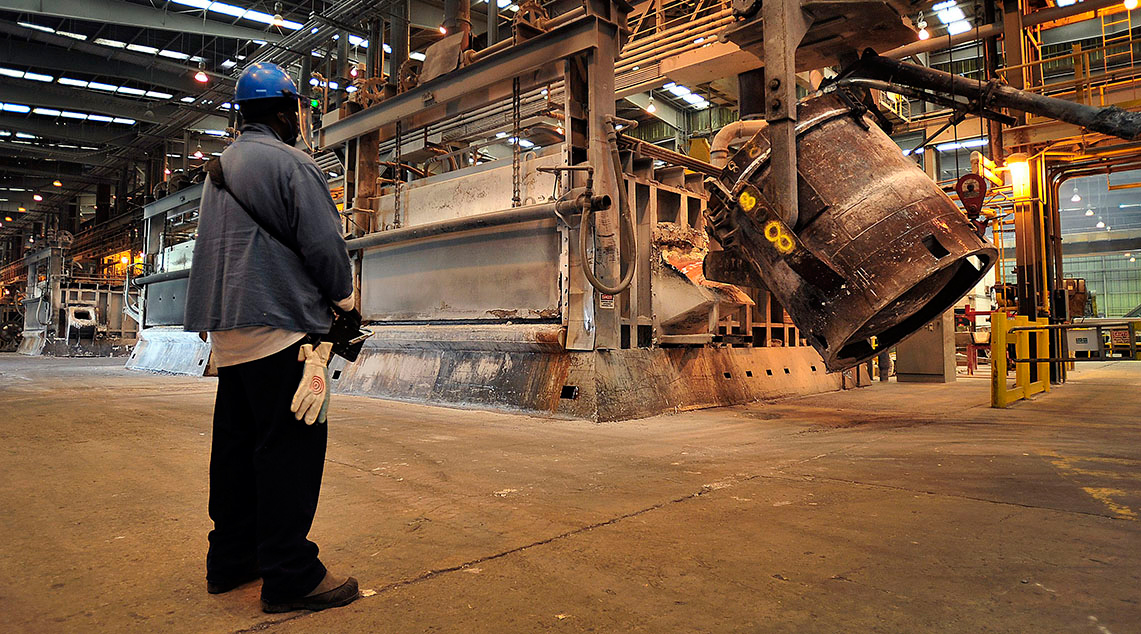 About 32% of the respondents’ comments related to the threat of duties, ranging from the potential for higher costs to concern about limited availability around production schedules, according to Timothy Fiore, chairman of the group’s factory survey committee. The tariffs hadn’t yet gone into effect when the comments were collected, he added.

Steel and aluminum are raw materials used across the industry, and businesses began stocking up in response to the tariff announcement, Fiore said on a conference call with reporters. Some companies were told that price quotes for steel would be valid for just 24 hours, while others found that the material was gone or were quoted a higher price when they called back a day or two later, he said.

The reactions contributed to further driving up prices that had already been rising due to solid demand. “The reason the price index went up this month was primarily because of the tariffs,” Fiore said.

Businesses participating in the survey had similar sentiments.

RELATED: Trump’s trade war and the $470 billion hit to the global economy

One respondent in the machinery sector cited “much concern in the industry” regarding the steel and aluminum tariffs. “This is causing panic buying, driving the near-term prices higher” and leading to inventory shortages for noncontract customers, according to the unidentified business’ comment cited in the ISM report. Another respondent in primary metals said price increases will start impacting the company’s performance.

At the same time, the price impact from the tariffs hasn’t set back manufacturing in a big way yet. The ISM’s main index showed factories expanded at a robust yet slightly slower pace in March. The report signals that “underlying economic activity continues to build momentum,” according to Bloomberg Economics.