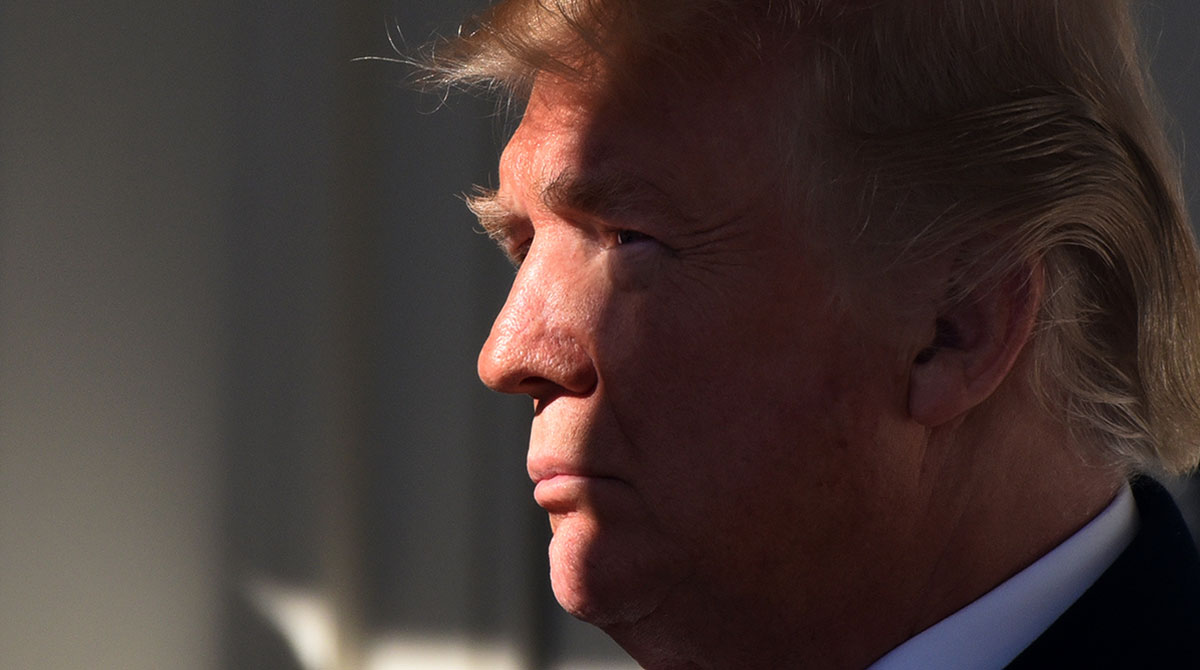 Donald Trump says he’s willing to “renegotiate forever” on NAFTA, a threat that comes as his trade office again softens its marquee demand for changes to the auto sector.

The president, speaking April 12 at the White House, said renegotiation of the North American Free Trade Agreement with Canada and Mexico is progressing well, but there isn’t a timeline for reaching a deal — in part because the uncertainty of talks already is discouraging investment outside the United States. “As long as we have this negotiation going, nobody’s going to build billion-dollar plants in Mexico,” Trump said.

Despite his bluster, the United States has softened its negotiating position on the crucial issue of automotive content. American negotiators are proposing that as much as 75% of car components be sourced from the three countries to quality for tariff exemptions under NAFTA, down from its initial proposal of as much as 85%, according to three people familiar with the matter, who spoke on condition of anonymity because the talks are private. The development was first reported by Inside U.S. Trade.

It’s the latest concession by the Americans on the auto sector. The Trump administration also is said to have proposed tiers that allow more foreign content while dropping a demand for 50% U.S.-specific content. The three countries are running out of time to reach a deal that can be passed by the current U.S. Congress, while Mexican elections also are quickly approaching. Trump told U.S. lawmakers a NAFTA deal is close, according to Sen. John Cornyn (R-Texas).

The developments also come as U.S. Trade Representative Robert Lighthizer, Trump’s point-man on NAFTA talks, scrapped a trip to the Summit of the Americas where he had been due to meet with his Canadian and Mexican counterparts. Trump also is skipping the summit.

U.S. demands for reforms to NAFTA’s auto sector rules have changed substantially since being presented at the negotiating table last fall. Currently, 62.5% of a typical car and its major parts, and at least 60% of all parts, must be sourced from NAFTA countries to be traded tariff-free under the pact.

The U.S. president regularly singles out the auto sector as a victim of NAFTA’s status quo and did so again April 12 by saying Mexico had “taken our auto industry by the throat.” Trump spoke while meeting with lawmakers from agricultural states, with major farm groups generally supportive of NAFTA.

“We’re going to make it great, and we’re pretty close to a deal. It could be three or four weeks, it could be two months it could be five months, I don’t care,” he said. “So the narrative of I’m pushing for a deal — I never push for a deal. I don’t care. In fact, if everybody in this room closed their ears I’d say that I’d rather terminate NAFTA and do a brand new deal, but I’m not going to do that because I’d rather everybody to be happy in this room, OK? So we’ll see how it goes.”

The U.S. ambassador to Canada, Kelly Craft, said April 12 in Calgary, Alberta, she’s optimistic NAFTA can be fixed and the three nations will be able to modernize the decades-old deal. “We all want a good outcome, and if our past is any indication, I’m confident that we’re going to have a very bright future.”

With assistance by Andrew Mayeda and Kevin Orland.