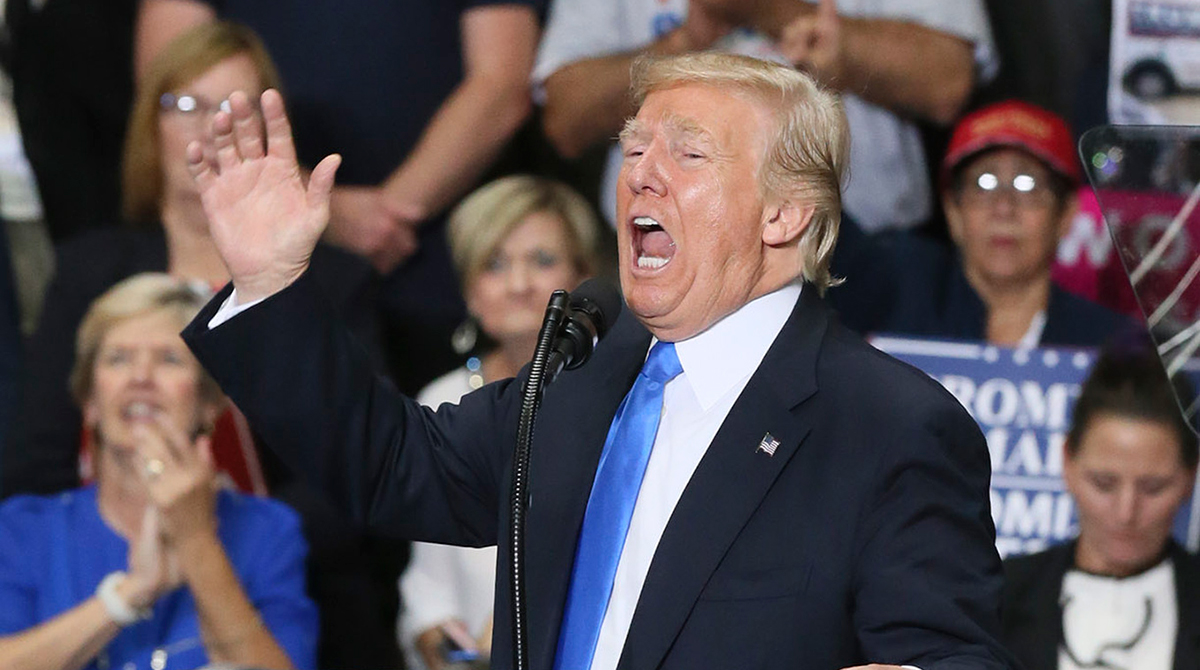 Trump followed through with imposing tariffs on imported steel and aluminum, while excluding Canada and Mexico.

President Donald Trump threw his NAFTA partners a bone while continuing to reframe trade talks with Canada and Mexico as a stark choice between lofty U.S. demands or steep tariffs on steel and aluminum.

In announcing a 25% tariff on steel and 10% levy on aluminum March 8, the U.S. president exempted Canada and Mexico “at least at this time” and cited close ties between the three nations. Trump struck an unusually optimistic tone on the fate of the North American Free Trade Agreement, but repeated his threat to quit the pact if the talks fall short.

“I have a feeling we’re going to make a deal on NAFTA,” Trump said at the White House alongside a group of steelworkers, citing the “unique nature of our relationship with Canada and Mexico.” But if no deal is reached in negotiations among the three countries that began in August, “then we’re going to terminate NAFTA and we’ll start all over again or we’ll just do it a different way,” Trump added.

The tariffs are being applied on the grounds of national security, which the president said was a “very important aspect” of the NAFTA accord that came into force in 1994.

The Mexican peso led gains among the world’s major currencies and the Canadian dollar erased its decline after Trump announced the exemptions for the two countries.

“Today is a step forward,” Chrystia Freeland, Canada’s foreign minister, told reporters in Toronto March 8. She said Canada would push “until the prospect of these duties is fully and permanently lifted,” and said it would be inconceivable to apply tariffs to a close military ally like Canada on national security grounds.

She also downplayed a link made by Trump between NAFTA and the metals tariffs, saying they were separate issues. “In terms of the NAFTA negotiation, that is a completely separate issue,” Freeland said. “Our negotiating positions are absolutely unchanged.”

Mexico recognizes the problem of global steel oversupply and will keep seeking solutions, but NAFTA talks shouldn’t be subject to other domestic U.S. policies, the country’s Economy Ministry said in a statement.

The developments March 8 cap a week of frenzied lobbying by Canada, and come after the seventh round of NAFTA talks, which concluded March 5. U.S. Trade Representative Robert Lighthizer struck a relatively upbeat tone at a closing press conference in Mexico City, warning talks needed to move more quickly but saying he was open to “compromise” on U.S. proposals in hopes of getting an updated deal through the current Congress. Freeland said there was “good, solid progress” made in the recent round and that “a win-win-win deal is within reach.

The threat of tariffs hung over the negotiations in Mexico City, and Lighthizer said it was an incentive for Canada and Mexico to get a deal — a sentiment echoed by Commerce Secretary Wilbur Ross after Trump’s announcement.

“I think there’s no question that the action the president took today is a further motivation to both Canada and Mexico to make a fair arrangement with the United States,” Ross said in an interview on CNBC.

The tariffs aren’t being imposed just as a “negotiation ploy” for updating NAFTA, Ross said. “We are deadly serious” about solving what the U.S. sees as unfair trade in steel and aluminum.

Trump praised his top trade representative during his remarks March 8, and said Lighthizer would be responsible for negotiating with countries seeking additional exemptions from the aluminum and steel levies.

With assistance by Michael Bellusci, and Nacha Cattan