Trump Focused on Infrastructure for Next Stimulus Package 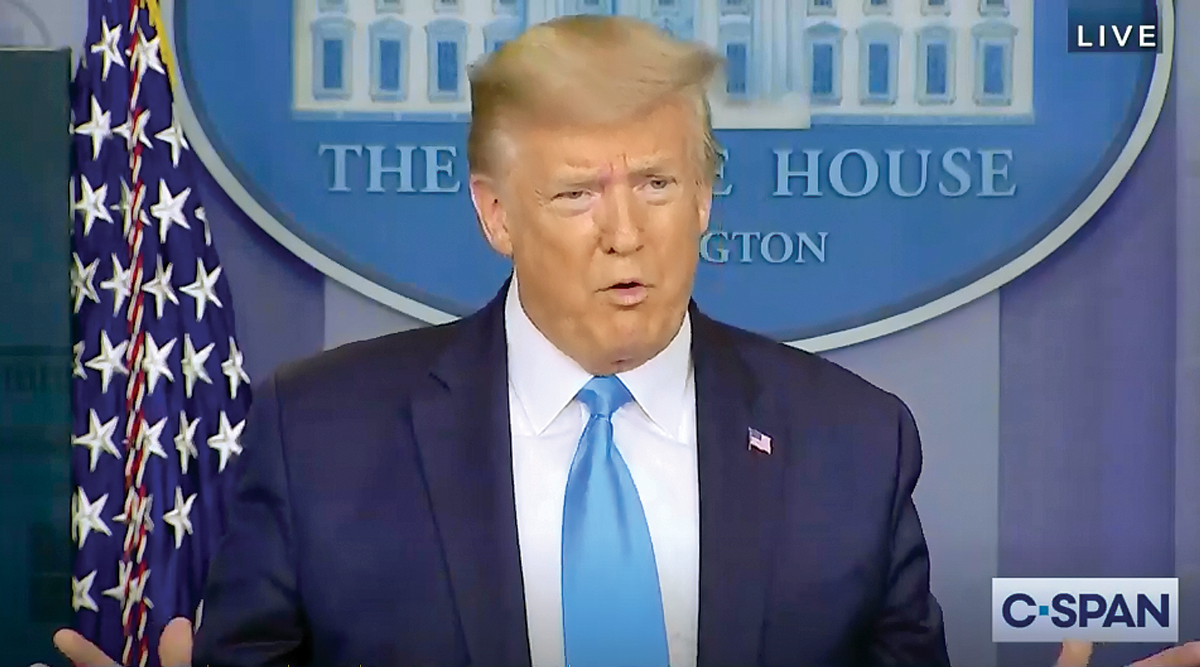 After Congress cleared a nearly $500 billion small-business assistance bill, the Trump White House intends to pursue funding for infrastructure projects in the next economic stimulus measure.

In the past couple of weeks, President Donald Trump has pointed to a desire to tackle infrastructure-centric concerns through a $2 trillion package. He has insisted the package would be funded through long-term borrowing at 0% interest, and his administration has signaled that proceeding with big-scale transportation projects would help to facilitate an economic recovery across parts of the country.

“As the president said, we would look forward to phase four; it would be infrastructure,” Treasury Secretary Steven Mnuchin told reporters at the White House on April 21. “The president has been talking about infrastructure since the campaign: roads, bridges, broadband — especially broadband, now, to rural America, is very important.”

The House on April 23 voted 388-5 on Senate-passed legislation meant to provide financial assistance for small businesses and the health care system responding to the COVID-19 crisis. After that measure’s clearance for Trump’s signature April 24, congressional leaders indicated they would turn their attention to efforts designed to restore normalcy to the health care sector and business community. Democratic leaders are expecting a fourth economic rescue measure.

“We know there will be a COVID 4 because President Trump has been demanding a COVID 4,” said Senate Minority Leader Chuck Schumer (D-N.Y) on April 21, invoking a shorthand term for a fourth federal coronavirus relief package. “He said he wants to do infrastructure in it. He has said that to us.” Schumer noted that Mnuchin and White House Chief of Staff Mark Meadows have also repeatedly urged the Senate to proceed with a fourth economic stimulus package. “We’re all going to need a COVID 4 to get America going again,” Schumer said.

Senate Majority Leader Mitch McConnell (R-Ky.) stressed, however, that time and attention must be paid to how the pandemic-related legislative rescue measures are handled.

“We haven’t had much discussion about adding $2.7 trillion to the national debt, and the way that could indeed also threaten the future of the country,” McConnell said April 22. “Many governors are now looking at beginning to carefully reopen. And I think that’s the only way we can ultimately solve this problem, is to begin the process of getting back to normal.”

The most recent emergency measure would provide $310 billion for the Small Business Administration’s Paycheck Protection Program. Certain small businesses nationwide would qualify for loans to assist with payroll and operating expenses. The measure also would provide $25 billion for testing for the coronavirus.

“We cannot be led to believe that our work here is done,” Leahy said April 21. “Hospitals and health care workers will need more resources in the weeks and months ahead. State and local governments, struggling to help communities address the coronavirus pandemic, still desperately need more funding. And lines for food banks and other critical services continue to grow.”

“I am glad that an agreement has finally come together to provide nearly $500 billion for small businesses, as well as hospitals and health care providers, and I am looking forward to returning to Washington to vote for it,” added Texas Rep. Kay Granger, the top Republican on the House Appropriations panel.

Trump has enacted into law three bills totaling more than $2 trillion that sought to assist medical systems, small businesses and low-income families during the pandemic. Financial aid also was provided to the airlines, transit systems and Amtrak.

Last year, House Democrats and Trump began to negotiate an infrastructure package until those talks collapsed due to political differences. A House transportation panel is likely to unveil a multiyear highway bill next month, almost a year after the Senate Environment and Public Works Committee approved their version.