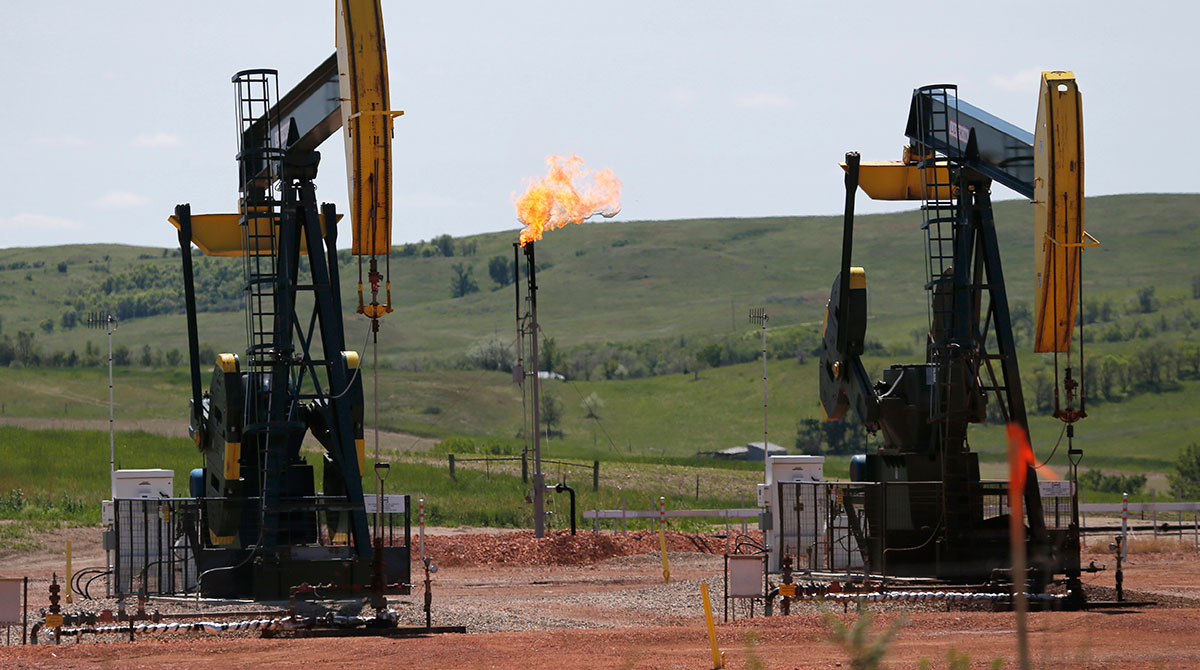 DENVER — The Trump administration is rolling back some U.S. regulations on climate-changing methane pollution, calling them expensive and burdensome, but Colorado says its rules are working — and they have industry support.

Energy companies have found and repaired about 73,000 methane leaks since 2015 under a state-required oil field inspection program, according to the Colorado Air Pollution Control Division. The number of leaks fell by 52%, from more than 36,000 in 2015 to about 17,250 in 2017, according a state report released last week.

Neither the government nor industry groups could say how much methane has been kept out of the atmosphere when the leaks were fixed, citing the complexity of factors involved.

But state officials said the sharp decline in the number of leaks shows Colorado is succeeding.

“We’re just really encouraged by what we’re seeing with this program and with the industry as a whole,” said Mark McMillan, a manager in the state air pollution agency.

Methane is the primary component of natural gas. It also is a greenhouse gas, contributing to global warming by trapping heat in the Earth’s atmosphere.

Colorado, the fifth-largest natural gas producer in the nation, started requiring energy companies to regularly inspect oil field equipment for leaks in 2014. The program is designed to reduce releases of methane and volatile organic compounds, or VOCs, which also 0.are components of natural gas.

Under the right conditions — which often are present in Denver and Colorado’s Front Range urban corridor — VOCs turn into ground-level ozone. Ozone, the main component of smog, can aggravate asthma and contribute to early deaths from respiratory disease.

Environmental and industry groups agreed Colorado’s program is working, with some reservations.

“It’s good to see that the number of leaks is lower than it was back when the program started. But it’s not time to celebrate yet,” said David McCabe, a senior scientist with the Clean Air Task Force, an environmental group.

Colorado’s oil and gas industry still is releasing a lot of methane and VOCs, he said.

The Obama administration imposed two sets of nationwide rules designed to reduce methane leaks and waste in the oil and gas industry, one by the Environmental Protection Agency and one by the Interior Department.

The Trump administration is in the process of rolling back both sets of rules. The administration called the Interior Department regulations burdensome and said they cost more than they were worth. Officials said removing the EPA rule would save energy companies up to $16 million over 14 years.

Energy companies have argued they already are working to reduce leaks of methane, a product they can sell.

Tracee Bentley, head of the Colorado Petroleum Council, which is affiliated with the American Petroleum Institute, said the Interior Department and EPA rules are redundant.

The regulation would be better left to the states, Bentley said.

“I think that the states know best, and honestly, every state is different,” she said.

The Colorado program relies on oil and gas companies to report their inspections and results, although the state makes its own unannounced inspections using infrared cameras that can detect methane leaks.

The state does not expect to report its results until late this year or next, but the inspections have shown a decline in leaks that reflects what companies reported, said Jeremy Neustifter, an air quality planner with the Colorado Department of Public Health and Environment.