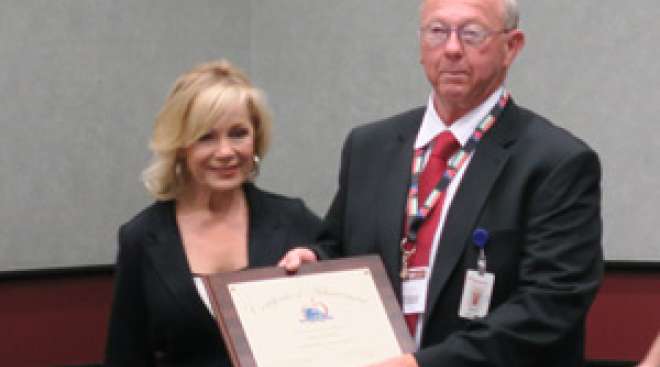 Gary Killian, a driver for Cargo Transporters, was one of those honored at a March 24 event here as part of the Mid-America Trucking Show.

“I send them model trucks from our companies, and I let them ask me anything they want,” said Killian, the buddy of teacher Rita Woodley’s class at Cotton Belt Elementary School in York, South Carolina.

Cotton Belt was selected as a school because it is near a Meritor Inc. manufacturing plant. Meritor is a Tier 1 supplier of axles, brakes and other truck components.

Other drivers selected were:

The four teachers honored were:

Trucker Buddy Executive Director Randy Schwartzenburg also announced that Tennessee Trucking Association President Dave Huneryager was elected to TBI’s board of directors and that Gloria Clements has been hired as TBI’s director of development.