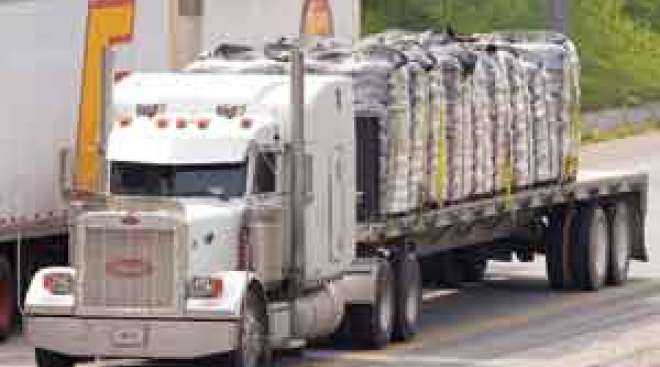 Truck tonnage continued to rise on a year-over-year basis, but the pace of growth slowed to 2.1% from 5.9% in a “choppy” freight environment, American Trucking Associations reported.

The federation’s advanced seasonally adjusted index that measures for-hire freight reached 137.2, which was a 1.5% decline from the stronger sequential performance that showed 2.9% May over April.

“The seesaw pattern continued again in June, with tonnage falling after a good rise in May,” said Bob Costello, ATA’s chief economist. “Looking ahead, I expect the freight environment will remain choppy."

He noted a tonnage decline of 4.7% over the past four months, including lower index readings in three of those months.

“The good news for trucking is we are the most diverse mode of all freight transportation sectors between industrial and consumer freight,” the ATA official added. "We are currently benefiting from the consumer side while being hurt on the industrial side. And, of course, we still have the inventory glut that is weighing down tonnage.”

Inventory has been an issue cited by Costello for 12 consecutive months.