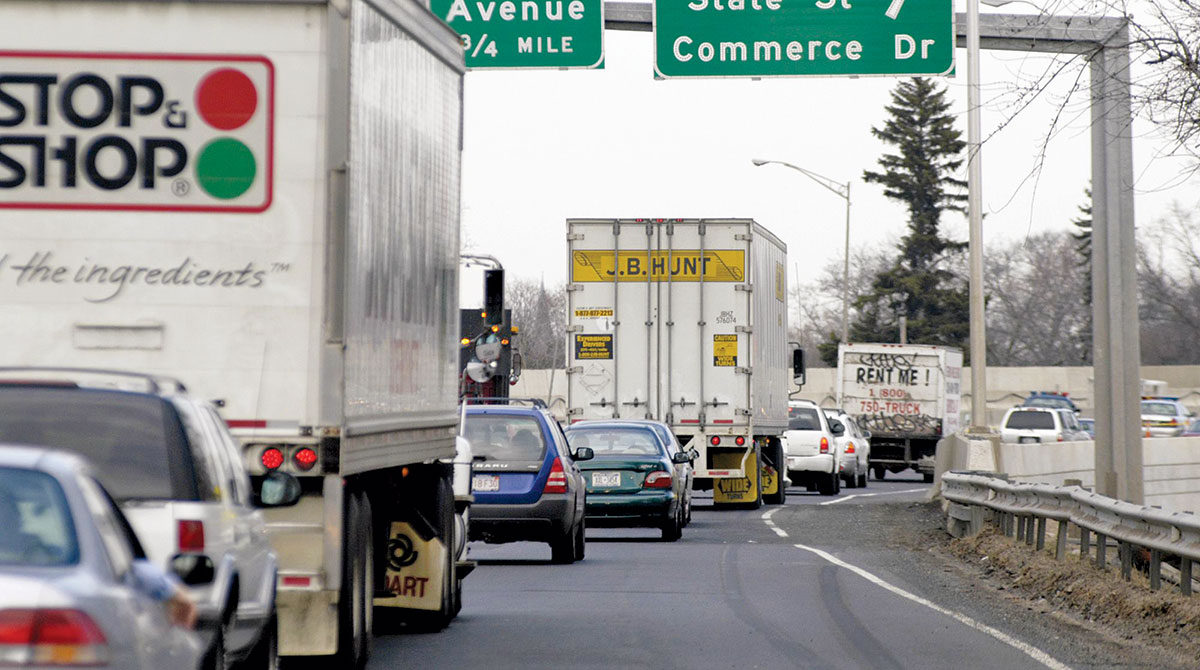 Sequentially, from May to June, the index increased by 2.7% after showing a 0.3% improvement in May.

“June’s jump tells me a couple of things,” Bob Costello, chief economist at ATA, said in a statement. “First, the transition in the freight market from spot back to contract continues. ATA’s tonnage index is dominated by contract freight, so while the spot market has slowed as freight softens, contract carriers are backfilling those losses with loads from shippers reducing spot market exposure. Essentially, the market is transitioning back to pre-pandemic shares of contract versus spot market.

“Second, and perhaps equally important, while economic growth is expected to be soft overall in the second quarter, the goods economy wasn’t as bad as feared.”

The increase in the June index is the 10th consecutive year-over-year gain and the biggest jump since June 2018, Costello said.

Trucking serves as a barometer of the U.S. economy, representing 72.5% of tonnage carried by all modes of domestic freight transportation, including manufactured and retail goods.

According to Costello, in May, the index was up 3.5% from a year earlier. During the second quarter, the index rose 1.1% from the previous quarter and 4.6% from the same quarter in 2021.

The U.S. Bank Freight Payment Index on July 20 showed spending on truck freight was up 19.7% year-over-year and 3.3% compared with the first quarter of 2022.

The index offers a quarterly reading of freight shipping volumes and spending based on the actual transaction payment date and the highest volume of domestic truckload and less-than-truckload.

U.S. Bank said the volume of truck freight shipments was up 2.3% in the second quarter, while volume dropped 0.9% compared with the same period a year ago.

Shipments increased the most in the Northeast, with volume jumping 7.3% quarterly and 8.8% year-over-year.

“While we’ve seen bigger jumps in spending in other quarters over the past year, the second-quarter increases were significant,” U.S. Bank Director of Freight Data Solutions Bobby Holland said. “Contract carriers seemed to hold their prices relatively steady but high levels of fuel surcharges likely drove up spending.”

The Logistics Managers Index in June shows the economy continues to expand, but at a slower rate than in past months. The LMI was 65 compared with last June’s 75 — and declining 2.1 points from May’s 67.1.

Dale Rogers, business professor at Arizona State University, said, “While this does still represent a healthy rate of expansion in the logistics industry, it is a far cry from three months ago when the index hit an all-time high reading of 76.2. The steep decline is reflective of what we have seen in the overall economy in the last three months, moving from the record-setting expansion of the last 18 months to the greatly subdued level of growth observed throughout Q2,” he said.

The LMI includes inventory levels and costs, warehousing capacity, and transportation capacity. A reading above 50 indicates expansion; below 50 is indicative of a shrinking logistics industry.

“Some firms have reported waiting weeks for intermodal rail to ship containers out of the Southern California ports. Much like we saw in 2021, the backups extend to the switching hubs in Chicago,” (where BNSF containers are experiencing 20% higher dwell times year-over-year) Rogers said. “In another repeat of last year, BNSF has announced it will be limiting new orders to get this backlog under control — a move that will back goods up at the port even longer. This demonstrates the limited capacity of intermodal to cover for increasingly expensive trucking.”

The June Cass Freight Index in June declined 2.3% year-over-year and now stands at 1,203.

“Inventory has shifted from a major tailwind for freight demand to more of a neutral factor currently, with potential to become a considerable headwind if goods demand continues to decline,” wrote Cass report author and ACT Research senior analyst Tim Denoyer.