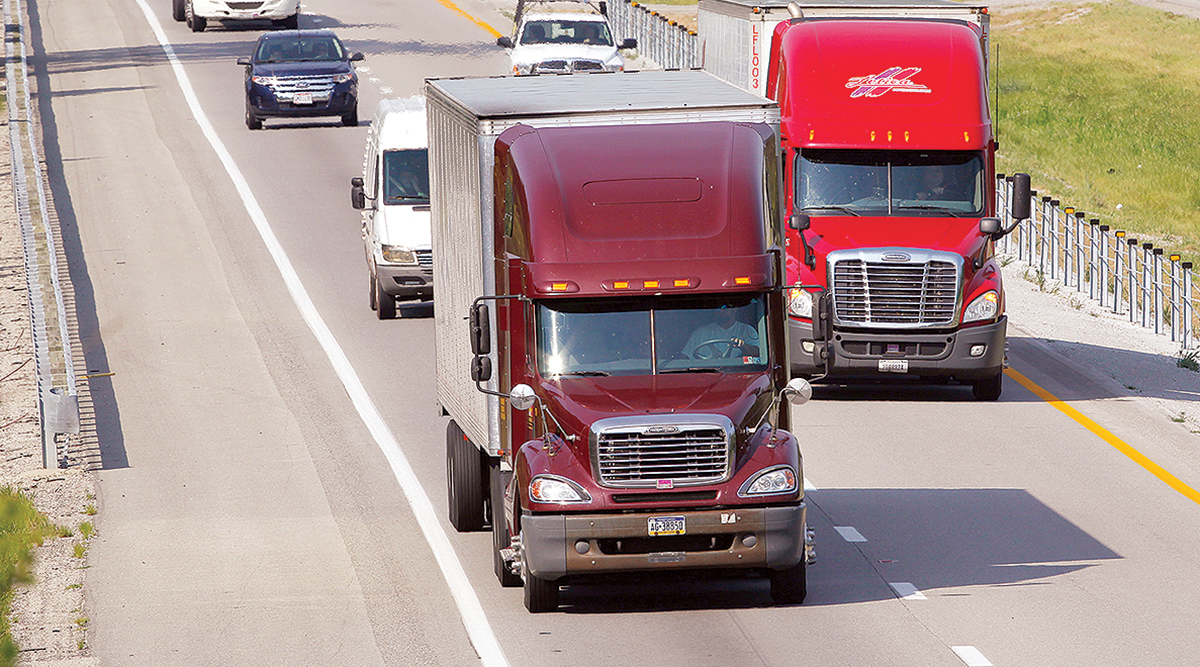 Two of the three major monthly freight indexes showed positive trends in August, leading economists to downplay fears the trucking industry is heading into a downturn leading up to the holiday shipping season.

On a sequential basis, the index’s seasonally adjusted tonnage declined 3.2% in August after jumping 6.2% in July.

At the same time, ATA’s sequential measure of tonnage actually hauled rose, too.

The change in tonnage actually hauled by fleets before any seasonal adjustment equaled 125.1 in August, 2.2% above the July level of 122.3. In calculating the index, 100 represents 2015.

“The large swings continued in August, but the good news is the trend line is still up,” ATA Chief Economist Bob Costello said in a release. “While there is concern over economic growth, truck tonnage shows that it is unlikely that the economy is slipping into a recession. It is important to note that ATA’s tonnage data is dominated by contract freight, which is performing significantly better than the plunge in spot market freight this year.”

Costello made similar remarks concerning the state of the spot market freight situation at ATA’s 2019 Economic Summit held in Washington on Sept. 23.

“The large swings continued in August, but the good news is the trend line is still up. While there is concern over economic growth, truck tonnage shows that it is unlikely that the economy is slipping into a recession." - @ATAEconBob — American Trucking (@TRUCKINGdotORG) September 24, 2019

Meanwhile, Cass’ index for August is pointing to possible signs of economic trouble in the trucking industry.

The index dropped for the ninth month in a row in August. Freight shipments were down 3% from the previous year.

“We repeat our message from [the] last three months: The shipments index has gone from ‘warning of a potential slowdown’ to ‘signaling an economic contraction,’” the report said. “We know that freight flows are a leading indicator, so by definition there is a lag between what they are predicting and when the outcome is reported. Nevertheless, we see a growing risk that [gross domestic product] will go negative by year’s end.”

The report did acknowledge it may be ahead of the curve in predicting an economic downtown, as other industry economists believe an overall recession can be avoided.

“We acknowledge that all of these negative percentages are against extremely tough comparisons, and the Cass Shipments Index has gone negative before without being followed by a negative GDP,” the report said. “However, weakness in demand is being seen across most modes of transportation, both domestically and internationally, with many experiencing increases in the rates of decline.”

Cass is a division of St. Louis-based Cass Information Systems, which manages freight audit and payment for transportation companies.

DAT, of Beaverton, Ore., uses three indexes to measure freight volume, monitoring levels for vans, flatbeds and refrigerated trailers. That company’s numbers are showing no signs of an economic slowdown.

The reefer index climbed 6%, to 155 from 146. The flatbed index also jumped 7.7% to 216 compared with 200 the year before. The index baseline of 100 equals the number of loads moved in January 2015, as recorded in DAT RateView, a database of rates paid on an average of 3 million loads per month.

DAT Market Analyst Peggy Dorf said August is often the top month of the year for spot market volume, with truckload demand boosted by the start of a new school year. Plus, supply chains traditionally kick into high gear for Labor Day sales and Halloween. And many shippers in the Atlantic rushed freight ahead of Hurricane Dorian, which struck the Southeast coast in early September.

“The economy has certainly been a hot topic as of late,” Dorf said. “August gave us a lot to be optimistic about as we head into the fall shipping season.”

She added that while the stronger volumes have yet to push truckload prices higher, there are early signs that rates are turning a corner.

“Spot market rates seem to have found the bottom in August and are poised for a rebound,” Dorf said. “Even if there’s disagreement over the economic outlook, one thing is certain — truckload capacity is still in high demand.”

DAT Solutions operates North America’s largest load board marketplace and has a database of $65 billion in trucking rates.

Trucking serves as a barometer of the U.S. economy, representing 70.2% of tonnage carried by all modes of domestic freight transportation, including manufactured and retail goods. Trucks hauled 10.77 billion tons of freight in 2017. Motor carriers collected $700.1 billion, or 79.3% of total revenue earned by all transport modes.