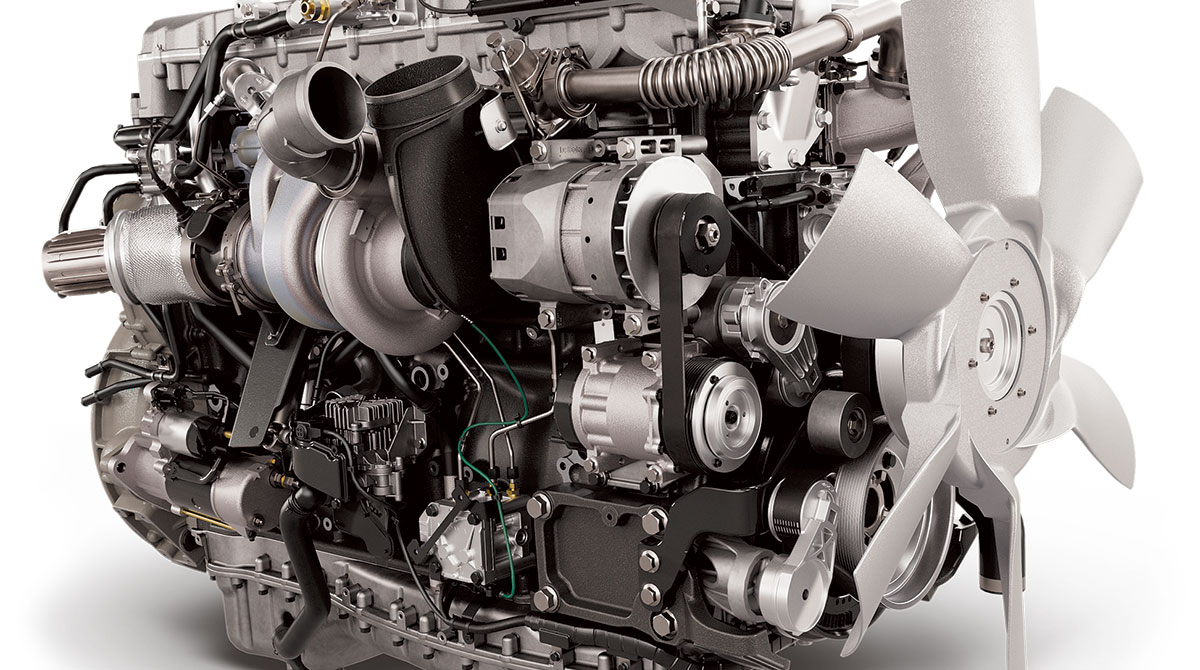 Navistar's S13 engine hopes to reduce both fuel consumption and the cost of repairs. (Navistar)

Looking back on writing about truck technology for many years, there have been just a few standout engine introductions. The introduction of the Cummins Signature 600/ISX, with dual overhead camshafts, was one of them. Another was Caterpillar’s introduction of the ACERT engine. It generated far less oil soot than others of the time, while controlling NOx without exhaust gas recirculation (EGR). It’s still used in marine and construction markets.

A third was Detroit Diesel’s D15 with the first true common-rail injection system. Volvo’s introduction of fuel-efficient turbo-compounding in combination with their wave piston was a fourth. The recent introduction of the Navistar S13 engine with no EGR cooler and much less reliance on any form of EGR is a remarkable fifth.

Break out the champagne!

All but eliminating the need for EGR in the engine is a big advantage because it will certainly reduce both fuel consumption and the cost of repairs. For longer than a decade, all diesel makers have used jacket-cooled EGR to significantly reduce dependence on selective catalytic reduction (SCR) and the diesel exhaust fluid (DEF) that enables it to kill NOx. They all engaged in a careful balancing act — slightly increase engine stress and complexity with the EGR system, but minimize the need for DEF and therefore its cost. Now, Navistar and Traton seem to have thrown out the rulebook with an engine that harks back to the golden days of diesel engineering, when EGR was a control technology used only on passenger cars. Such things don’t happen often. 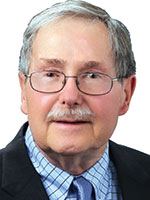 The secrets to the S13’s extraordinary ability to kill NOx relate to two factors: First, SCR (like the diesel particulate filter or DPF), as normally configured, only really works at full effectiveness when the engine is under load. And, trucks unfortunately need to drive at low speeds, crawl along in traffic at times, warm up after cold starts and idle. Getting SCR to work at full efficiency much more of the time is part of the new system’s secret, and that is purely a matter of temperature.

Navtej Singh, Navistar’s chief engineer for powertrain systems, says, “In order to retain heat and minimize the back pressure, the dual-stage aftertreatment system was developed. This system has dual SCR to control the NOx emissions and a DPF to control the particulate matter [PM] emissions passively.”

Singh explained that the exhaust flow recirculates within the aftertreatment (one box) system and helps in maintaining the heat, especially for low-load cycles, and thus reduces the need to trigger SCR warmup mode (which also helps in fuel efficiency improvements). 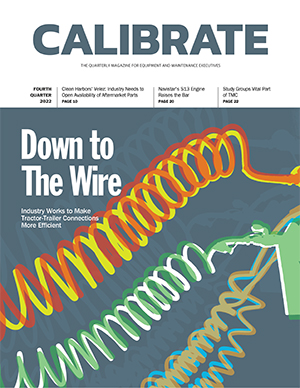 “The exhaust gas recirculation along with other combustion strategies is used to warm up the exhaust aftertreatment faster and keep it warm during challenging operating conditions, like startup, idling and low-load conditions,” he said.

The other trick is getting two cracks at the NOx with two dosers and two SCR reactors, a process that is further enhanced by the use of uncooled exhaust to increase the temperature of the two SCR catalysts.

In this connection, Singh goes on to say, “This aftertreatment system consists of an SCR to DPF to SCR configuration. The upstream diesel exhaust fluid doser, which is the first doser, is closer to the engine turbocharger and gets the advantage of the hot temperature. This helps in reducing the NOx over the first SCR catalyst especially in low-load cycles or startup conditions. The downstream DEF doser, which is the second doser, plays a key role in reducing remaining NOx over the second, main SCR catalyst.”

Brian McGreevy, program chief engineer for S13 Integrated Powertrain, summed up the concept: “The design philosophy of the powertrain is to have the NOx emissions reduction achieved primarily through selective catalytic reduction in the aftertreatment. The S13 Integrated Powertrain’s engine does not have an EGR cooler but still has EGR, which is only used to keep the aftertreatment warm for initial startup, idling and other low-load conditions. Without significant EGR usage in normal driving conditions and not being used as a significant part of the emissions reduction, an EGR cooler is not needed.

“The dual-stage SCR in a one-box design is a key enabler of this strategy. With the removal of the EGR cooler and nearly no EGR, the engine generates less soot and PM, but has a strong NOx control provided by the dual-stage SCR. Less soot and PM generated also supports extending DPF service intervals. Since there is no active DPF regen, no fuel dosing in the aftertreatment system is required.”

The net effect of such a system would be to save fuel, likely a considerable amount via engine efficiency, but at the cost of at least some increase in DEF usage. McGreevy says, “The design intent was not to reduce engine-out NOx but to achieve the most efficient combustion possible. This was made possible due to the effectiveness of the aftertreatment system for NOx conversion.”

Keep in mind that the S13 has a 23:1 compression ratio, an efficiency-improving change that becomes practical with low-soot combustion, which in turn is a product of EGR-less operation under normal loads. It will also have a simpler turbo that normally will require less backpressure to operate, as well as slightly lower parasitics due to a somewhat less powerful common-rail injection system, practical when there is no exhaust in the combustion recipe most of the time.

It’s very likely that there will be considerable savings in other costs as well to offset the DEF usage, including the previously mentioned reduction in DPF cleanings, the elimination of the EGR cooler, and possibly still longer oil change intervals than we see even with other engines today. McGreevy says, “There is more information to come regarding improved service and fluid change intervals, as well as DEF consumption rates. On DEF consumption specifically, we expect all OEMs to have increased DEF usage for 2024 GHG-certified powertrains.”

Other OEMs are likely looking at similar EGR-less configurations for 2024. Two that likely won’t are Volvo and Mack with their turbo-compounding system. Placing a turbine that captures exhaust energy and transfers it to the crankshaft after the turbo is an ideal way to make an engine with a jacket water-cooled EGR system more efficient. Variable-geometry turbos, or the asymmetrical design Detroit Diesel uses, shift the standard turbo’s ideal pressure balance in an undesirable direction. Conventional turbos actually help drive the truck down the road by producing intake boost pressure levels that are slightly higher than exhaust backpressures. EGR systems need backpressure that’s far enough above boost pressure to force the exhaust through the cooler and into the intake system. Turbo-compounding makes effective use of this pressure in grabbing more energy out of the combustion process rather than throwing it away. Thus, there will certainly be a horse race between EGR-less engines and engines with turbo-compounding in the fuel economy derby.