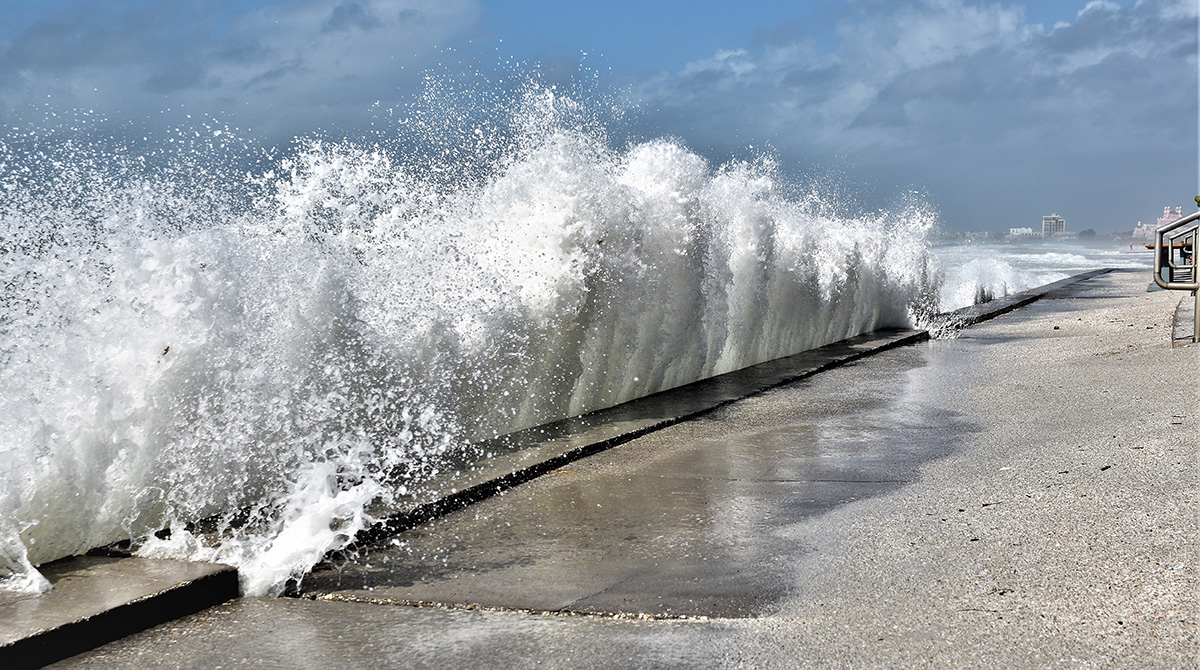 A wave hits a beach wall in Florida during Hurricane Nestor in 2019. (Florida Chuck/Getty Images)

Summer means the start of hurricane season in the Atlantic Ocean and many of the world’s biggest transportation companies are taking steps to prepare for what some forecasters say could once again be above-average activity along the Atlantic Coast and the Gulf of Mexico.

Amazon.com Inc. is taking steps to be ready. The online retailer has opened the first of its fulfillment centers, in Atlanta, that has been designated as a staging facility for hurricane-related supplies.

“Instead of us having to wait for a disaster and ask the organizations what they need, and then procuring and packing them and then putting them on a plane, we’re doing all of that ahead of time,” Abe Diaz, the Global Accessory lead at Amazon, told Transport Topics. 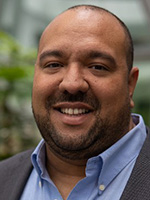 “Atlanta is going to be our storage hub where we have already bought, packed and put on pallets the items we need to put on a plane or a truck to a disaster area, most likely a hurricane,” he continued. “It usually took us a couple of days and now we can do it in one.”

Diaz said the fulfillment center contains more than 500,000 emergency supplies, enough to immediately fill a 767 cargo plane to be sent out for disaster relief.

Amazon is partnering with the American Red Cross, Direct Relief, the International Federation of Red Cross and Red Crescent Societies, International Medical Corps, Save the Children and World Central Kitchen in the effort.

Amazon picked Atlanta because it has two major north-south interstate highways that run through the center of the city, I-75, and I-85, as well as the east-west I-20 and I-285, called the Perimeter. Plus, the city has the world’s busiest airport, Hartsfield-Jackson International Airport, and a large number of trucking companies based in the metro Atlanta area.

“Now we have the items ready and we can put them wherever they need to be,” Diaz said.

Amazon said eventually it will add other cities to its hurricane and natural disaster plan.

Likewise, international shipping company Maersk is advising its customers to begin preparing for tropical activity, especially because the past five summers and falls have seen an increased number of hurricanes, and they have been starting earlier in the season.

“With the global pressure seen on today’s supply chains, it is more important this year perhaps than any in recent history to plan ahead with suppliers and logistics service providers to put contingency plans in place as early as possible to mitigate the effects of seasonal climate risk,” said Rob Townley, head of Maersk’s Special Projects and Logistics division.

The company said the division is working as a partner with the Federal Emergency Management Agency, before, during and after major disasters. The shipping company is also a partner with the Caribbean Disaster and Emergency Management Agency and other groups providing logistical support to 19 Caribbean nations, which are often in line for a direct hit from hurricanes.

Atlanta-based UPS Inc. said it is focusing hurricane-related efforts on making sure the hundreds of UPS facilities remain open during a hurricane.

“We want to keep our facilities operating as long as we can and as safe as we can,” Rick Garcia, director of building and systems engineering at UPS, told TT. “When a hurricane comes along the first thing you lose is power. We strategically place generators near our facilities and it’s one of the main things we do. With generators you need fuel and we have fuel available to keep those generators running. Wherever we need those resources we want to shift them as needed.”

UPS said it has hundreds of drop boxes around the country already in place containing emergency supplies.

The leaders of all these transportation companies said one of the things that makes it easy to respond in hurricanes is that usually, weather forecasters are tracking the storm for at least a week before it hits land.

Memphis-based FedEx works closely with its business partners to have emergency supplies ready several days before the storm hits.

“FedEx supports several global nonprofit disaster relief organizations year-round,” the company said. “Some of these organizations pre-position relief materials ahead of disasters. This is part of our mission of delivering for good where we lend our global network and unparalleled logistics expertise to organizations with mission-critical needs in times of disaster to help communities heal, learn and thrive.”

UPS ranks No. 1 on the TT 100 list of the largest for-hire carriers in North America.

FedEx Corp. ranks No. 2 on the TT Top 100 list of the largest for-hire carriers in North America.