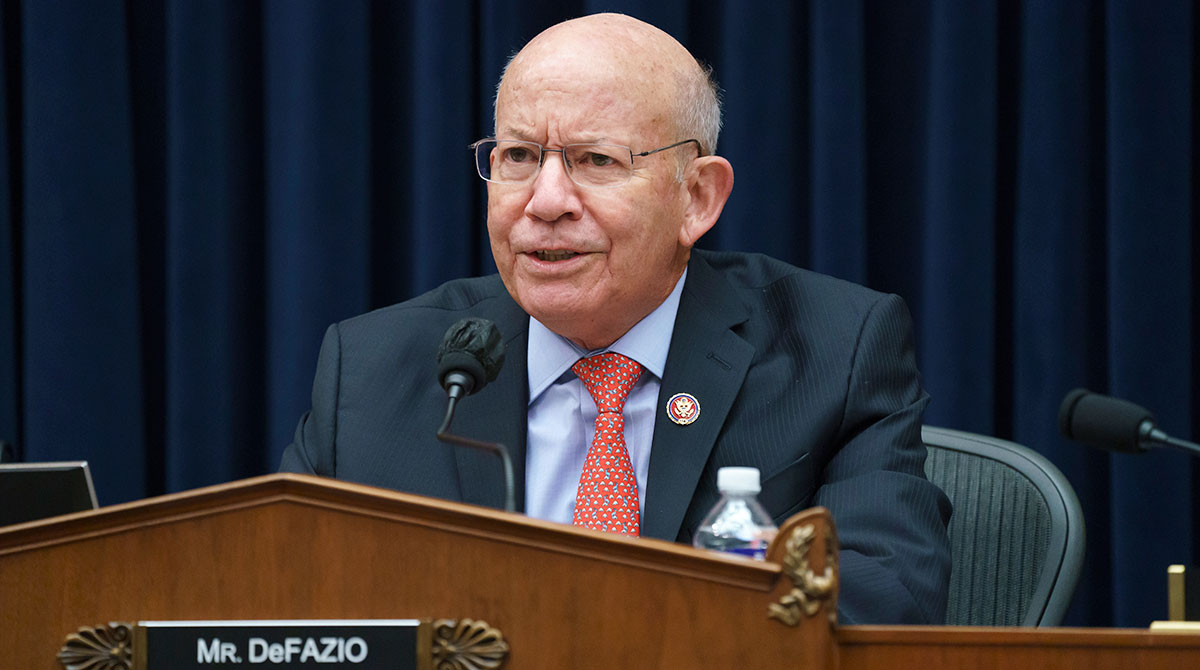 Soon after Rep. Peter DeFazio announced he would not seek another term in Congress, stakeholders representing nearly every sector in the transportation industry reflected on the longtime congressman’s contributions.

On Dec. 1, DeFazio, a Democrat from Oregon and chairman of the Transportation and Infrastructure Committee, announced he would retire from elected office at the end of his term next year. He was first elected to Congress in 1986.

Most recently, the transportation leader played a key role in the passage of the recently enacted $1 trillion Infrastructure Investment and Jobs Act, a pillar of President Joe Biden’s domestic policy agenda.

With humility and gratitude I am announcing that I will not seek re-election next year. Read my full statement here: https://t.co/r690H0vRgu pic.twitter.com/btuTMrBHvL

“For 36 years, I have fought corporate greed and special interests to benefit Oregon’s working families, from delivering affordable health care under the Affordable Care Act, to preventing the privatization and destruction of the Social Security safety net, to protecting our natural treasures for future generations, to fighting trade policies that undermine American workers, to holding industry and regulators accountable to improve aviation safety, to asserting congressional war powers authority to stop endless wars, to making historic job-creating investments in our roads, bridges, ports and more under the Infrastructure Investment and Jobs Act,” DeFazio said Dec. 1.

“It’s time for me to pass the baton to the next generation so I can focus on my health and well-being,” he continued. “This was a tough decision at a challenging time for our republic with the very pillars of our democracy under threat, but I am bolstered by the passion and principles of my colleagues in Congress and the ingenuity and determination of young Americans who are civically engaged and working for change.”

American Trucking Associations was among the stakeholders that reflected on DeFazio’s tenure.

ATA President Chris Spear said, “Chairman Peter DeFazio is without question a gifted legislator and leader who, over the span of four decades, has made a difference in the lives of all Americans. His absence will come at a time when we need more elected officials willing to put the nation’s interest ahead of themselves.”

Spear emphasized, “Few legislators have been more instrumental in driving national infrastructure policy than Chairman DeFazio. He’ll leave the House having cemented a lasting legacy that his constituents and all Americans will see, feel and use for decades to come. We thank him for his service and partnership.”

Todd Spencer, president of the Owner-Operator Independent Drivers Association, observed, “Since his arrival in Congress, Chairman DeFazio has been a leading voice on trucking issues. He has displayed a seldom-matched knowledge and understanding of transportation policy that professional drivers have always respected throughout his decades of service. 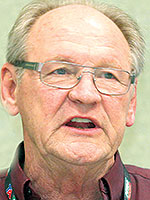 “OOIDA has genuinely appreciated the chairman’s thorough comprehension of the various concerns raised by small-business truckers. While we have not always agreed about how to best improve the trucking industry, we have valued the informed dialogue with the chairman and his staff over the years.”

The American Public Transportation Association focused on DeFazio’s advocacy for rehabilitating transit systems around the country. His calls for additional funding for transit are reflected in the $1 trillion infrastructure law and the nearly $2 trillion social infrastructure budget, formally known as the Build Back Better Act, being debated in the Senate.

“He has been an indefatigable advocate for access to affordable and reliable public transportation for all, and most recently has been instrumental in our efforts to secure both COVID-19 emergency relief as well as once-in-a-generation investments in public transportation in the bipartisan infrastructure law,” APTA CEO Paul Skoutelas said.

DeFazio at a Glance

Congressional Career: Elected to U.S. House of Representatives in 1986, announced he will not seek re-election Dec. 1, 2021

“He also continues to work tirelessly on behalf of public transit and high-speed rail investment included in the Build Back Better Act,” he added.

In 2019, DeFazio stepped into the role of transportation chairman. Among his priorities was advancing a long-term infrastructure funding package. That policy vision was realized in the form of the $1 trillion Build Back Better infrastructure plan, which Biden enacted Nov. 15.

From DeFazio’s perspective, the infrastructure law pursues an ambitious response to climate change, promotes electric and autonomous technologies across mobility corridors and seeks to expedite the movement of freight across supply chains. The infrastructure package also included a five-year update of the country’s highway policies. DeFazio, a proponent of funding certainty for surface transportation programs, did not garner Republican backing during his most recent push for highway policy legislation.

DeFazio’s career is not limited to transportation policy. His résumé includes legislative achievements in health care, the environment, financial services, education and social welfare. A fierce debater, he occasionally clashed with colleagues.