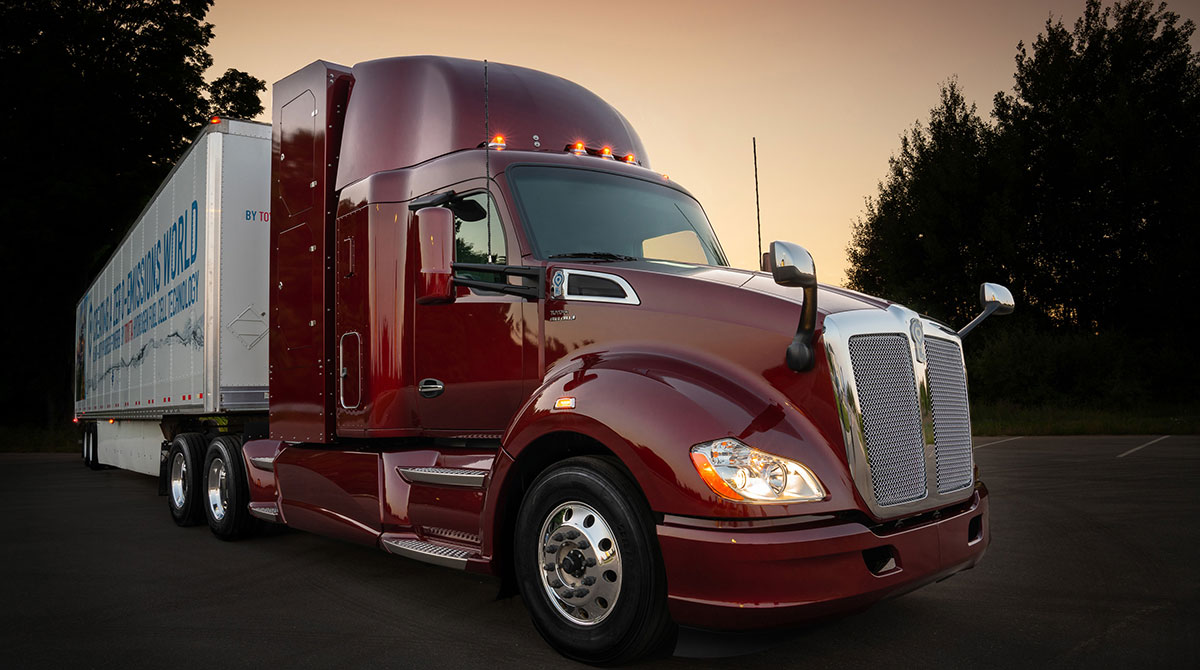 The second-generation truck, known as Beta, will have an increased range of more than 300 miles per fill, which is at least 100 miles more than Toyota’s current all-electric test vehicle.

For more than a year, Toyota has been testing the earlier-model Alpha, at the ports of Long Beach and Los Angeles, logging nearly 10,000 miles of real-world drayage operations and emitting only water vapor.

Beta will begin similar operations later in the year. 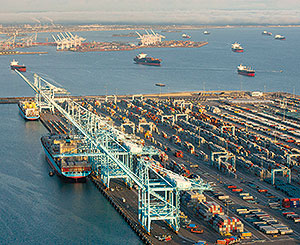 “Our goal with the first truck was to see if it could be accomplished, and we did that,” said Craig Scott, Toyota’s senior manager for the North American Electrified Vehicle and Technologies Office. “This time, we’re looking at commercial viability. We want to help make a difference, a significant difference, when it comes to air quality — not only in the Los Angeles area but across the U.S. and the globe.”

At the ports of Los Angeles and Long Beach, officials expect the number of trucks entering and leaving the facility to at least double from 16,000 to 32,000 by 2030. Nationwide, more than 43,000 drayage trucks are operating at ports.

According to the U.S. Environmental Protection Agency in a September 2016 report, “Reducing Air Pollution and Greenhouse Gases at U.S. Ports,” lowering air pollution levels for the estimated 39 million Americans who live near ports is a high-priority issue. The report said, “These people can be exposed to air pollution from diesel engines at ports and be at risk of developing asthma, heart disease and other health problems.”

“We’ve had a lot of success, but we cannot rest on our laurels,” Chris Cannon, director of environmental management and chief sustainability officer at the Port of Los Angeles, told Transport Topics. “We have really identified reduced reliance on combustion-based engine technologies as a goal. … In November 2017, we set the goal of having all zero-emission, on-road trucks serving the port by 2035. That sounds like a long time from now, but it really isn’t.”

Greg Morrison, an independent electric-vehicle consultant, said, “They [Toyota] have been working on this for several months. Toyota is the first to realize this is an opportunity there for vehicles, especially electric-powered vehicles, to work in shorthaul situations like the Port of Long Beach, where you are moving a trailer from here to there.

“It’s not like you’re driving 800 miles and have to worry about refueling. This is a way to move the product without polluting, and it’s quieter. It’s a win-win for them.”

Toyota said Beta’s two electric motors produce 675 horsepower and 1,327 pound-feet of torque. The truck is more versatile and will have greater maneuverability with the addition of a sleeper cab and a redesigned hydrogen-fuel cabinet combination that increases cab space without increasing the truck’s wheelbase. Using a Kenworth T680 low-roof 40-inch sleeper cab model allowed engineers to have 10 fuel tanks instead of six as was the case in the earlier version, along with a 12-kilowatt-hour battery pack.

Port officials say Toyota reached out to them to test the Alpha truck and that the project is an example of private industry and the marketplace, along with the government, working to find a solution to a vexing problem.

“In this case, the marketplace is in the process of developing new technology,” Cannon said, “and we believe the trucking community will embrace the technology as soon as they are commercially available and there is a good business case for them as far as their operation and cost.”