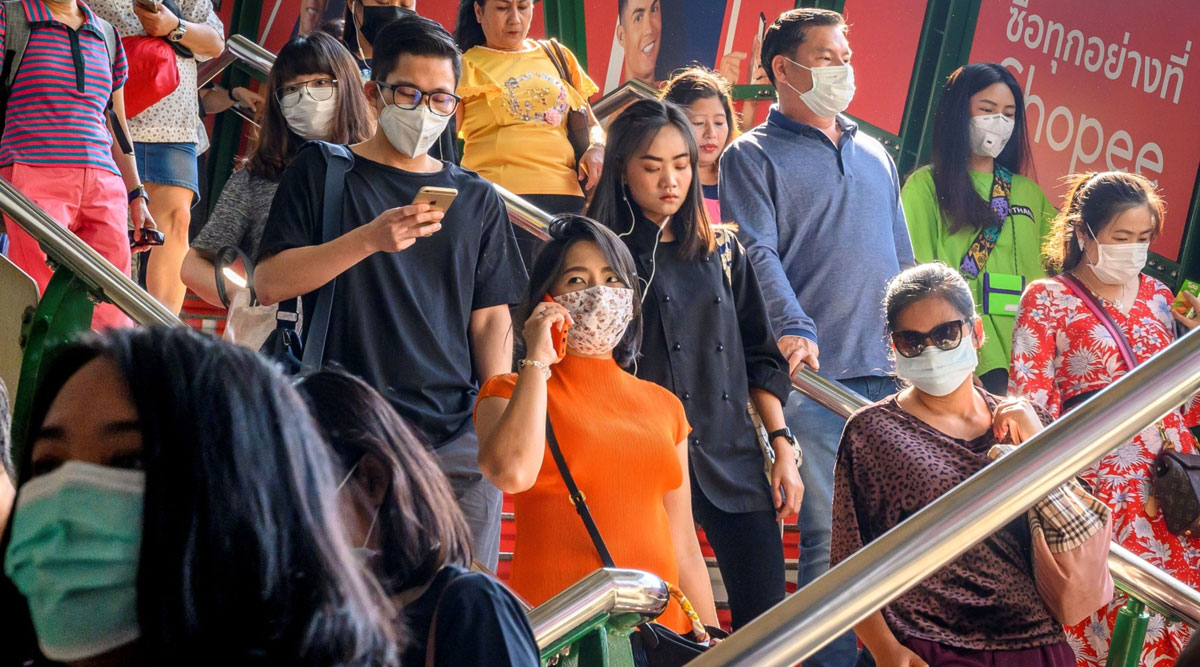 People with face masks arrive at a train station in Bangkok on Jan. 27. (Photo by Mladen Antonov/AFP via Getty Images)

Toyota Motor Corp. is halting production in China and other companies suspended operations or asked employees to work from home as they grapple with a SARS-like coronavirus that has killed more than 130 people and is threatening a key growth market.

Wuhan, the epicenter of the coronavirus that has infected almost 6,000, is a manufacturing, shipping and business hub. Apple Inc. is working with its suppliers in the city to mitigate any production loss, but the impact outside of the region is less clear, Chief Executive Officer Tim Cook said Jan. 28. Toyota said on Jan. 29 it is suspending operations in its China plants until Feb. 9.

As the virus has spread in China and beyond despite travel restrictions and other worldwide efforts to contain the disease, airlines suspended flights and chains including McDonald’s Corp. and KFC have shut locations. Volkswagen AG, Canadian insurer Sun Life Financial Inc. and banks from Credit Suisse Group to Morgan Stanley are telling staff to work from home.

LVMH, the world’s largest luxury-goods maker, signaled it expects the crisis may already start easing near the end of the first quarter. Chairman Bernard Arnault said that information from his advisers suggests that the peak should be reached over the coming weeks and the crisis may be partially resolved by the end of March. He cautioned that that outlook may be inaccurate.