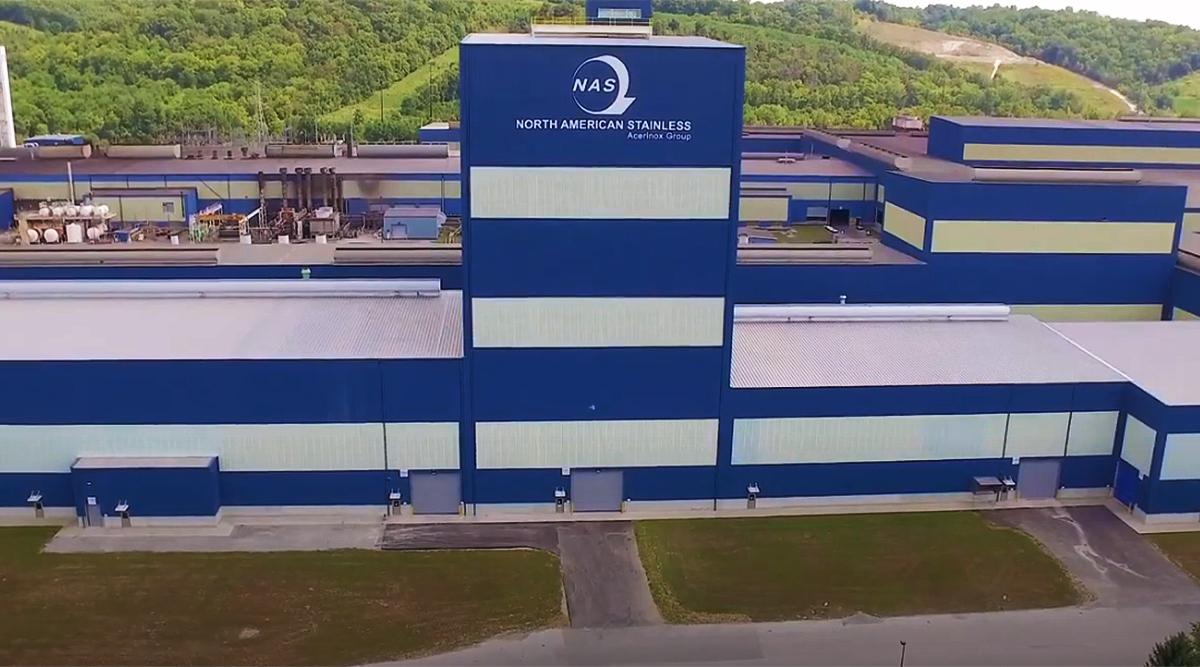 In another sign of how supply chains are being snarled all over the world, a leading U.S. maker of stainless steel was forced to declare force majeure at its Kentucky mill because it can’t get enough of the industrial gases it needs.

North American Stainless Inc., which produces the metal that goes into everything from kitchenware to guitars and airplanes, won’t be able to sustain its normal melting operations at the plant in Ghent, the company said in a letter to customers seen by Bloomberg. NAS, a subsidiary of Spain’s Acerinox SA, accounts for about 40% of total stainless steel supplies in the U.S.

Shortages of everything from containers to pallets and bottlenecks at ports have caused delays and pushed up prices for commodities and finished goods as economies recover from the pandemic. Some gasoline stations in parts of the U.S. suffered temporary shortages in June because there weren’t enough tanker-truck drivers to deliver the fuel.

NAS and Acerinox didn’t immediately respond to email and phone requests for comment.

The logistical challenges are now translating to “outright production disruptions at Acerinox’s most profitable and cash generative division,” Morgan Stanley analysts, including Ioannis Masvoulas, said in a note. “While profitability across the rest of the Acerinox group should rebound strongly this year, any temporary output loss at the NAS division would weigh on” third-quarter earnings, the analysts said.

The company declared a suspension of all performance obligations as well as indefinite delay of any and all further deliveries at the Kentucky plant, according to the letter. NAS said in the letter it is working to make alternative arrangements to meet its obligations.