Below you will find rankings for top cargo airports in the U.S., Mexico and Canada.

Some ranking highlights include: 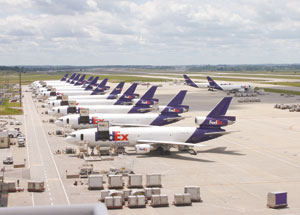 UPS set up an overnight -delivery business here in 1982 and now operates a global air hub and occupies more than 5.2 million square feet of space. 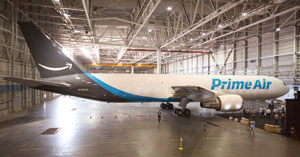 DHL Express and Amazon.com have air cargo hubs here with DHL moving operations from nearby Wilmington, Ohio, and Amazon using it as a base for operating a fleet of more than 100 carho planes to support its e-commerce business. 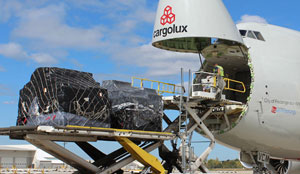 One of the few cargo-only airports includes truck and rail intermodal facilities and more than 70 million square feet of warehouse and distribution space.

The first aiport designed exclusively for cargo and corporate aviation.

Wichita is known as the Air Capital of the World because it is home to companies that make Cessna, Beechcraft and Learjet airplanes, plus Spirit AeroSystems, which supplies Boeing with fuselage and wing assemblies.

Map: Where They Are