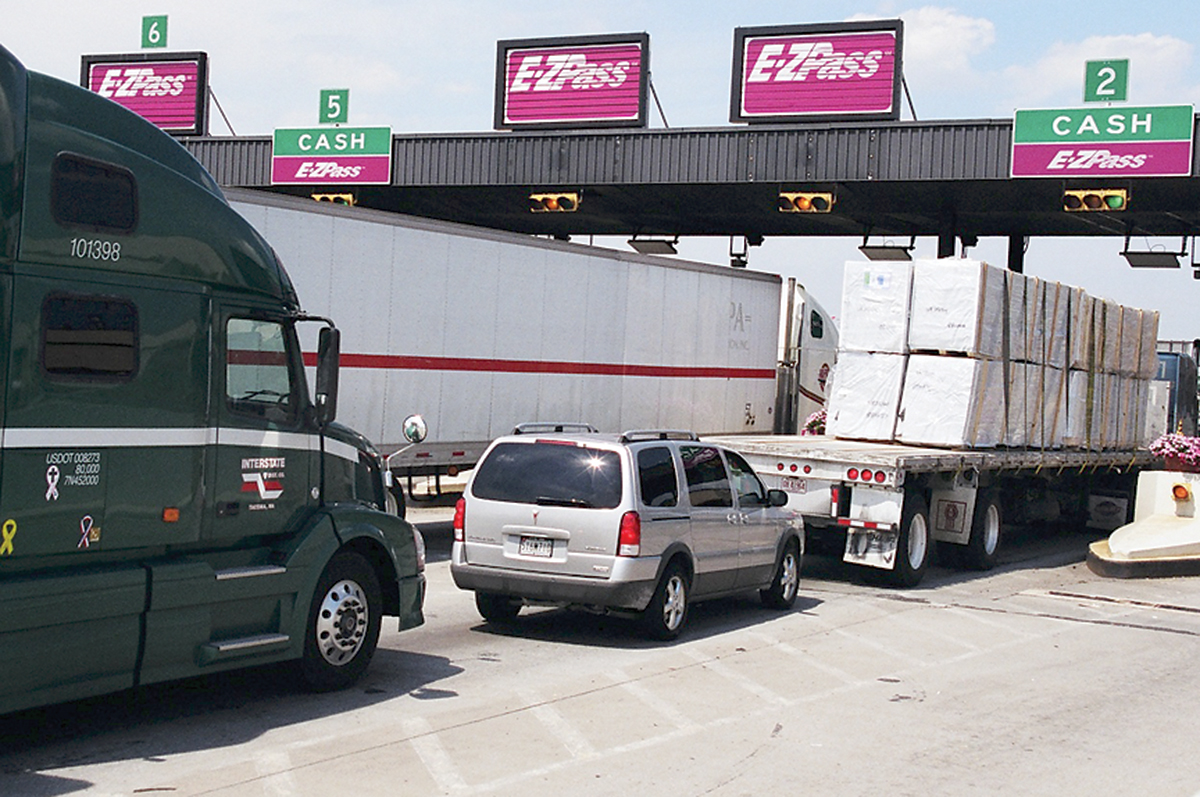 Tolls can cause administrative headaches and bring additional costs to trucking companies, but toll-management providers are offering services that could help alleviate both burdens.

Instead of interacting with multiple tolling authorities, fleets can manage all of their tolls through one system, such as BestPass or Help Inc.’s PrePass Plus. Both BestPass and PrePass enable fleets to use one transponder and have one invoice for tolls from all of the major tolling authorities across the United States.

“Interoperability across technologies means we no longer need to have five or six different toll transponders in each tractor,” said Troy Cooper, chief operating officer at XPO Logistics, noting it’s much easier to manage administratively “and a lot more convenient for our drivers.” 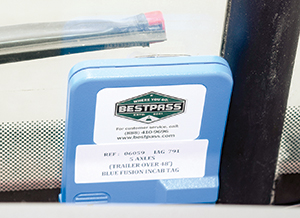 The Greenwich, Conn.-based XPO Logistics ranks No. 3 on the Transport Topics Top 100 list of the largest for-hire carriers in North America.

One of the administrative challenges is getting credit from various tolling agencies for incorrect charges.

Prior to using a toll-management system, Werner Enterprises was trying to audit its tolls manually, said Steve Tisinger, senior director of accounting administration at the Omaha, Neb.-based truckload carrier. “For example, we might find that we were being charged for having a truck run the full length of a toll road when we knew that the truck didn’t run the entire toll route,” Tisinger said. “Whenever we found an excess charge, we would file with the tolling authority to get credit back for the excess toll paid.”

This work is now automated through BestPass.

“The automation enables them to track far more of these credits than we could manage by hand,” Tisinger said, adding this offers “a significant savings.”

“We’re also saving time for our office staff now that we’re not doing that ourselves,” he said.

The need for toll management is unlikely to decline soon, industry experts said.

“It’s likely that we’ll see more tolls in 2018,” said Darrin Roth, American Trucking Associations’ vice president of highway policy. “Many of the new highways or the new lanes added to highways are tolled. That’s probably a trend that will continue.”

Karen Rasmussen, CEO of Help Inc., which offers the PrePass system, said tolls are seen as an alternative to other methods of funding infrastructure, such as fuel taxes, registration fees and truck weight fees.

“There were quite a few new toll roads, along with toll rate increases, in 2017 and we expect that to continue in 2018,” she said. 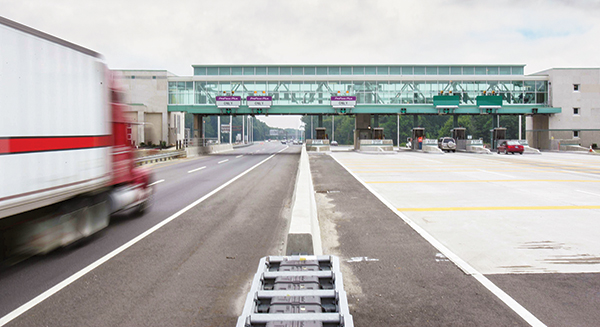 Toll-management services offer fleets the ability to use one transponder and have one invoice for tolls from all the major U.S. tolling authorities. (Help Inc.)

Phoenix-based Stewart Transport has used a toll-management service for several years, but previously, the company’s drivers paid tolls with cash at booths. “We needed to advance our drivers the cash to pay the tolls and process reimbursements in the payroll settlement process,” said Collin Stewart, the company’s president.

This method was complicated due to the administrative challenges with paper receipts, Stewart said.

Since then, Stewart Transport has worked to eliminate paper in its operation, and PrePass has helped, he said. Centralized billing for the tolls is “priceless,” Stewart said.

Tolls cause problems for fleets because tolling authorities are created to operate specific, localized or regional facilities, but trucking companies operate between states and across multiple regions, BestPass CEO John Andrews said.

“Toll-management companies bridge that gap between the trucking companies and the multiple tolling authorities, who too often have different operating, payment, video toll-violation and vehicle-registration policies,” Andrews said, adding this is toll management’s “biggest impact.”

Toll management is not just for large fleets. For the owner-operator, the toll discounts that BestPass negotiates for its users can cover the monthly cost of the service, Andrews said.

PrePass and BestPass offer a user interface that allows fleets to dig into their tolling data.

PrePass has its own tolling dashboard, which includes an interactive map.

Users can “view all toll activity and drill down by agency, vehicle and time period,” Rasmussen said. “The dashboard also monitors potential fraud and alerts customers to improper transponder use.”

A map on the BestPass interface allows users to review a particular route for toll cost, Andrews said. “We give them what the toll costs would be on that route while also providing alternative routes that would be close in terms of overall distance, but that would reduce the total toll costs.”

In addition to working with all of the major tolling authorities in the United States, BestPass is working to include the major toll bridges into Canada. 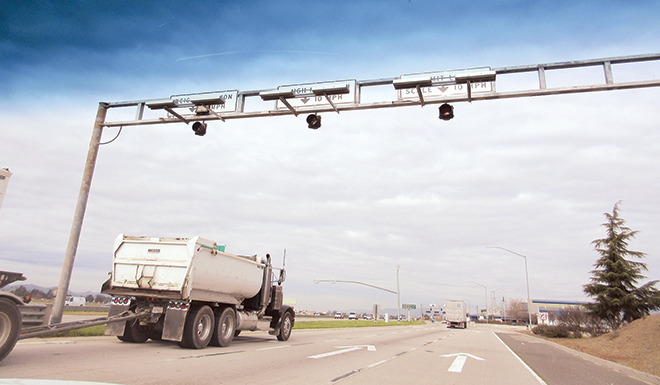 Instead of dealing with many tolling authorities, fleets can manage tolls through one system. (Help Inc.)

Fleets that rent or lease trucks have their own set of tolling issues, as do the rental and leasing companies. For example, toll charges incurred by a rental truck may not show up until long after the rental period is over. In this case, the rental company must determine who rented the truck and rebill that customer for the toll.

PacLease, a division of Paccar, started looking at toll management because of these issues. Dealing with all of the tolls and rebilling the rental customers was time-consuming, said Michelle Harry, director of marketing for PacLease.

However, PacLease worked with BestPass to create the PacToll program. When a rental truck is returned, PacToll ensures that all of the tolls are included on the invoice, so that no additional charges show up weeks or months later.

The program “also makes life easier for our lease customers who have been dealing with multiple tolling authorities,” Harry said.

Justin Barnhart is the branch manager of the Grand Prairie–Fort Worth PacLease store, which has a rental fleet of about 400 trucks.

“We send BestPass a report on all of our rentals over a specific period of time and they match those records to the tolls that have come in,” Barnhart said. This allows PacLease to generate invoices that assign the toll charges to the customers who had the units at that time. “This significantly reduces the amount of time we spend on handling this process,” Barnhart said.

Another benefit of toll management for fleets is driver satisfaction. “Having electronic tolling is certainly a driver retention tool,” Werner’s Tisinger said. “If our drivers had to pull into toll booths and pay with cash, it would be a waste of their time.”

At Stewart Transport, the presentation at driver orientation includes a slide about their toll-management system that includes PrePass. “It’s absolutely a driver recruitment and retention tool,” Collin Stewart said.

“I’m not going to pick up the phone, call the New York Tolling Authority and talk about what they should do differently to improve tolling,” he said. “I talk to my toll-management people and they have those conversations.”

By representing thousands of trucking companies, Tisinger said, the toll-management companies can claim a bigger voice, which allows individual carriers to have a bit of influence. “BestPass is an advocate for me in the conversation,” he said.

“Federal and state governments are looking for alternatives to the fuel tax, because of the increased adoption of battery-electric and hydrogen vehicles that aren’t taxed currently,” ATA’s Roth said.

One of the possibilities is a mileage-based tax. Various pilot programs are underway around the country that are testing that option, Roth said. “If every vehicle is taxed based on the number of miles traveled, whether it’s through satellite tracking or some sort of odometer reading, tolls become obsolete.”