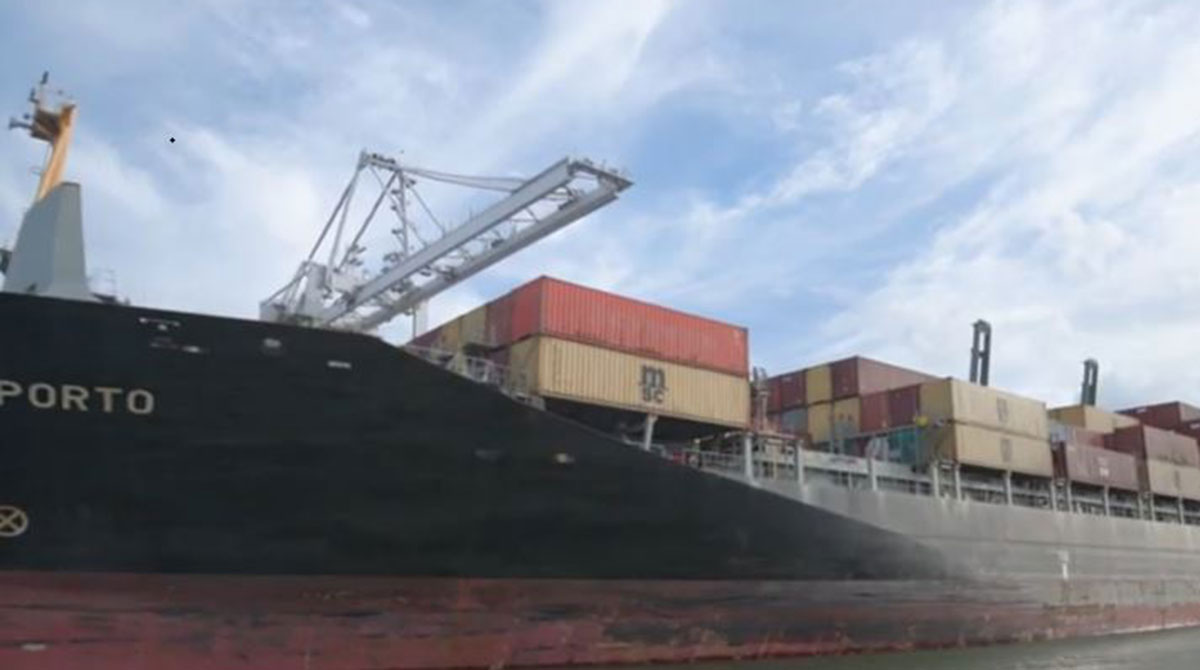 The law limits “two-way traffic” in the 52-mile Houston Shipping Channel and limits vessel size to less than 1,100 feet. (Port Houston via YouTube)

A Texas law that restricts the size of ships that can operate within the Houston Shipping Channel and, because of that, call on Port Houston is generating controversy within the port and shipping community.

The legislation, Senate Bill 2223, which was signed by Gov. Greg Abbott last June, now has the attention of Federal Maritime Commission officials, who say it encroaches on the federal government’s responsibility to manage the nation’s waterways.

The law limits “two-way traffic” in the 52-mile channel and prohibits vessels longer than 1,100 feet. FMC Commissioners Carl Bentzel and Louis Sola wrote Port Houston officials March 2 outlining their concerns, which they say by restricting large, Neopanamax container vessels in the channel “could severely hamper the competitiveness of the Port of Houston and impact the long-term competitiveness of the entire Gulf of Mexico’s ocean container trade.”

The commissioners also said the law interferes with interstate commerce, which is a federal responsibility. “We are unaware of examples in the United States where a local commission is empowered to unilaterally restrict interstate and foreign commerce,” they wrote.

Bentzel said Port Houston officials acknowledged the petroleum and chemical industries urged Texas lawmakers to pass the bill into law because they were concerned about the increase in the number of large ships using the channel and the time it took for those vessels to navigate the narrow waterway, potentially causing delays for their products to be transported in and out of the port. 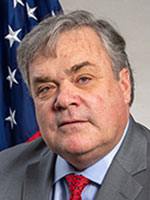 “A lot of the midstream energy interests that do refining work, product enhancement in the petroleum world, use the channel to take in different products, in and out for refining purposes,” Bentzel said. “It’s time-sensitive, and they were concerned there would be restrictions on their access into the channel as they saw the larger vessels coming in.”

He said before the law went into effect, the U.S. Coast Guard and the ship pilots met several times and came together to write a series of safety rules and keep the channel available for the larger ships and energy and refinery companies most of the time. However, Bentzel said that apparently was not good enough, and the battle began in Austin to limit the waterway and not allow Neopanamax ships.

“The restriction on one-way traffic during the transit was about an hour and a half, in terms of total time, the channel would be constricted was of concern to some of the energy interests who use the ship channel for their products,” Bentzel said.

Since 2016 and the completion of the Panama Canal expansion, Neopanamax ships (longer than 1,201 feet) have become increasingly popular in the shipping sector. FMC officials worry that the Houston Shipping Channel restrictions now in place will damage business at other Gulf of Mexico ports, including New Orleans; Gulfport, Miss.; Mobile, Ala.; and Tampa, Fla,, because the containerships going into and out of Port Houston often make several stops.

They say if those larger ships are now not allowed into Houston, then only smaller containerships will sail there.

“This is like an airport being told they cannot accept 747s. That’s what you create your infrastructure for,” Bentzel said, noting that Port Houston has invested $200 million for additional cranes and other equipment to handle larger ships. “The other ports are all in the process of upgrading to handle larger ships. But 75% of the containerized cargo in the Gulf Coast goes to Houston, and if the decision remains unchanged in Houston, it will impact all of them. The carriers have said if they can’t get into Houston, we’ll use smaller vessels.”

In a March 9 letter to FMC, the leadership of Port Houston did not take a position on the Neopanamax ship length restrictions, but rather port Executive Director Roger Guenther responded to questions the two FMC commissioners raised about the new regulations. He explained some of the steps the Coast Guard and the ship pilots took to write the rules that were in place before the state law took effect.

“The port authority did not evaluate the navigational safety of Neopanamax vessel transits on the Houston Ship Channel before the implementation of S.B. 2223, as such analysis would not be within its jurisdiction,” Guenther wrote. “We are not aware of whether the U.S. Coast Guard was consulted in connection with such evaluation.”

Ultimately what may solve the problem of limited access to the shipping channel will be the plans to expand it. In late December, Congress approved the Water Resources Development Act. One section of the legislation calls for widening the channel to 700 feet from its current 530 feet and deepening the waterway by as much as 5½ feet at one point. Dredging is expected to begin this year. Members of the Texas Legislature who wrote the law declined to comment on it when contacted by Transport Topics.