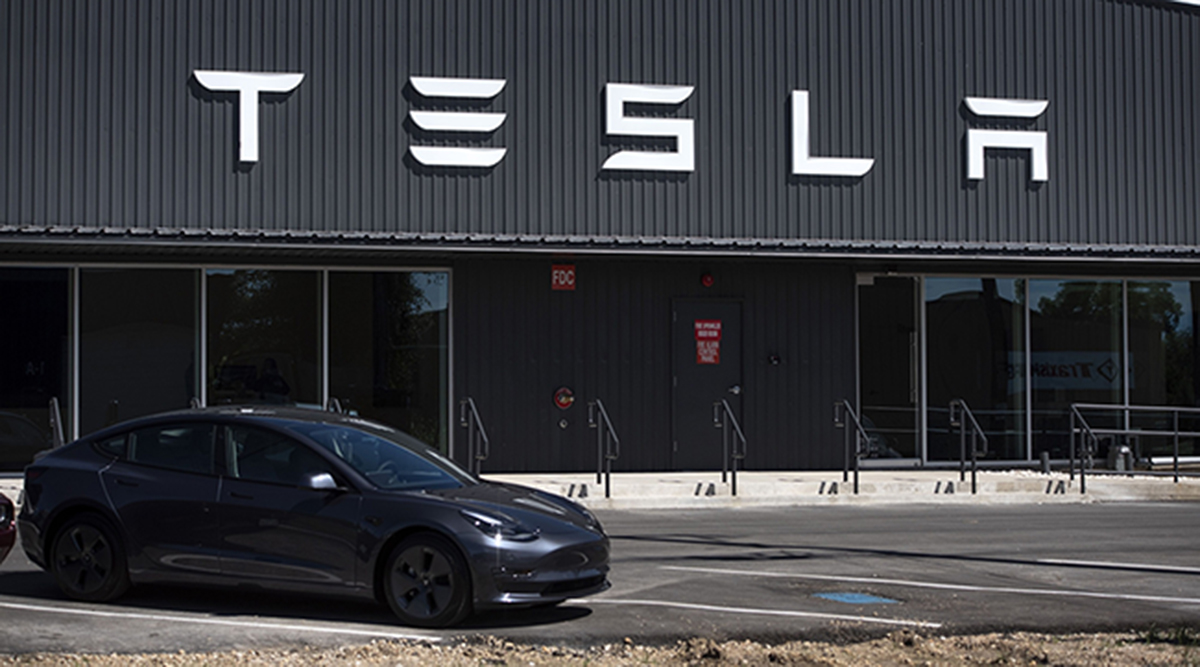 Outside the Tesla South Austin showroom in Austin, Texas. The company's third-quarter earnings fell short of estimates in some areas. (Mark Felix/Bloomberg News)

Third-quarter sales rose 56% to $21.5 billion, short of analysts’ average estimate of $22.1 billion. The maker of Model 3 sedans and Model Y SUVs said it expects to come up short of its target for 50% growth in vehicle deliveries, in part because of trouble it’s having getting cars from plants to customers.

CEO Elon Musk kicked off Tesla’s earnings call with ebullience, telling analysts he was looking forward to “an epic end of year.” He later allowed that downturns in China and Europe and the Federal Reserve’s interest rate increases are having an effect on orders.

“Demand is a little harder than it would otherwise be,” Musk said. “But as I said earlier, we are extremely confident of a great Q4.”

Getting cars onto ships, trains and trucks proved costly and challenging in the latest quarter, as much of the EV maker’s output was concentrated in the final weeks. This contributed to Tesla producing over 22,000 more cars than it delivered during the period, which concerned some investors going into the earnings report. 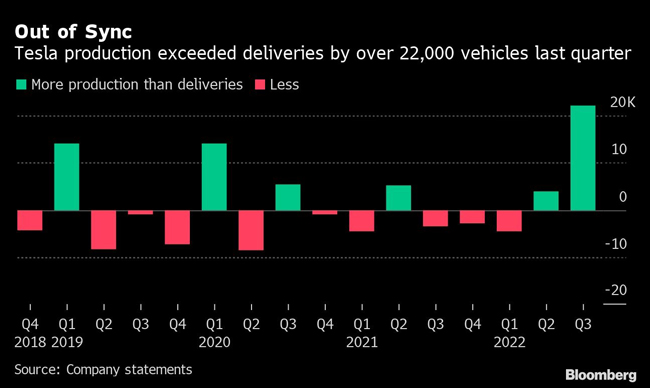 Chief Financial Officer Zachary Kirkhorn cautioned that investors should expect a gap between production and deliveries again in the fourth quarter, with more cars still in transit at year-end that will be delivered early in the first quarter.

Kirkhorn also said that costs linked to ramping up output at Tesla’s newest factories in Austin, Texas, and near Berlin weighed on profitability. While those expenses will continue to put a damper on margins as the year ends, the company expects less of an impact than the third quarter.

The company’s automotive gross margin narrowed to 27.9% in the quarter, falling short of the 28.4% average analyst estimate.

“Tesla is a company that typically has been beating numbers,” said Gene Munster, managing partner of Loup Ventures, a venture capital company. “The reaction you’re seeing is that people are a bit taken aback by the fact that they missed.”

To address the transportation bottlenecks, Tesla is trying to smooth its delivery and logistics processes and move away from its costly end-of-quarter rush of handovers to customers.

In April, Musk said Tesla would produce more than 1.5 million vehicles this year. The company has made 929,910 through the first three quarters, meaning it needs to crank out more than 570,000 in the fourth quarter to meet that target. It produced 305,840 vehicles in the final three months of 2021.

Tesla is sticking to its long-held plans to increase vehicle deliveries by 50% on average annually over multiple years. Musk said he expects to be present for the first Semi truck deliveries to PepsiCo in December and that the company is in the “final lap” of work on Cybertruck, which will start production in the middle of next year.

After dangling the prospect of a share buyback during Tesla’s annual meeting in August, Musk said that the board has been debating the idea and “generally thinks that it makes sense.” A repurchase on the order of $5 billion to $10 billion is “certainly possible” even if next year is very difficult, he said.

He also speculated that Tesla’s market value, now at $696 billion, could one day exceed the combined capitalization of Apple Inc. and Saudi Aramco, two of the world’s most valuable companies. Together, they are worth more than six times Tesla’s capitalization at around $4.4 trillion. 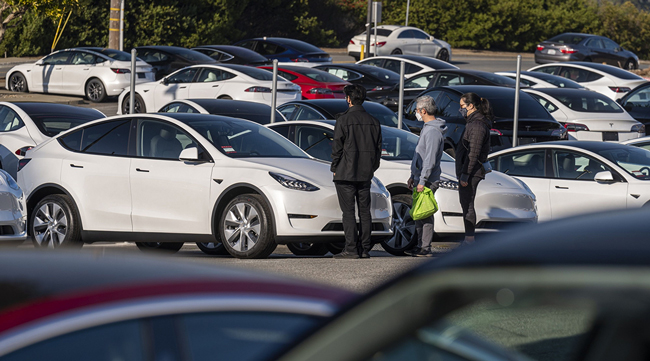 Tesla is also moving forward with plans to build a lithium refinery on the Texas Gulf Coast in a bid to gain more control over the supply chain for electric vehicle batteries. Musk confirmed the move Oct. 19 in answer to an analyst’s question on progress developing the company’s new 4680 battery cell technology.

The company has been weighing the project for months, but had been considering at least one other site in Louisiana. The company has told state regulators it plans to build a battery-grade lithium hydroxide refining facility near Corpus Christi that would process raw ore material into something more production-ready.