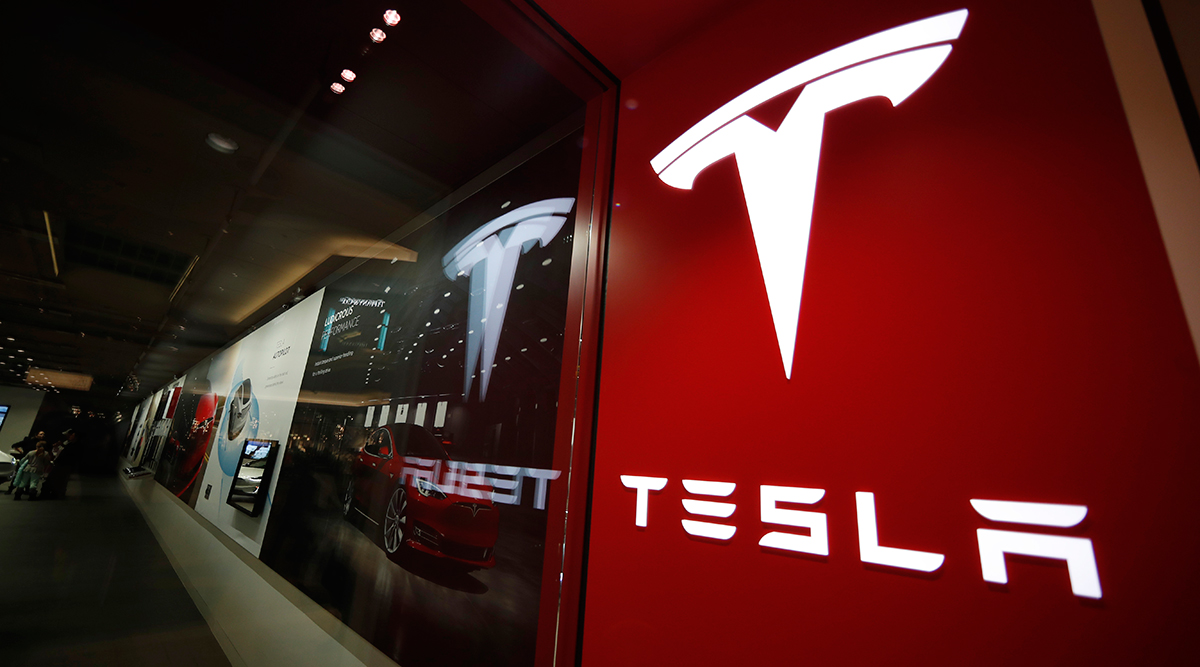 A sign bearing the company logo stands outside a Tesla store in Cherry Creek Mall in Denver. (David Zalubowski/Associated Press)

DETROIT — Record electric vehicle sales last summer amid a shortage of computer chips and other materials propelled Tesla Inc. to the biggest quarterly net earnings in its history.

The company said Oct. 20 that it made $1.62 billion in the third quarter, beating the old record of $1.14 billion set in the second quarter of this year. The profit was over five times larger than the $300 million Tesla made in the same quarter a year ago.

Revenue of $13.76 billion from July through September also set a record, but it fell short of Wall Street expectations of just over $14 billion, according to FactSet.

Some of the quarterly profit, though, came from selling regulatory credits to other automakers. Tesla made $279 million on credits during the quarter. Other automakers buy the credits when they can’t meet emissions and fuel-economy standards.

“A variety of challenges, including semiconductor shortages, congestion at ports and rolling blackouts, have been impacting our ability to keep factories running at full speed,” the company said in a statement to shareholders. “We believe our supply chain, engineering and production teams have been dealing with these global challenges with ingenuity, agility and flexibility that is unparalleled in the automotive industry.”

Earlier this month Tesla said it delivered a record 241,300 electric vehicles in the third quarter even as it wrestled with the shortages that have hit the entire auto industry.

Third-quarter sales rose 72% over the 140,000 deliveries Tesla made for the same period a year ago.

While sales grew in the third quarter, the average sales price fell 6% because Tesla is selling more less-expensive Models 3 and Y and fewer pricier Models S and X.

The company said construction of its new factory near Austin is progressing as planned and it’s preparing equipment and “fabricating our first pre-production vehicles.”

The factory, which is centrally located versus Tesla’s other assembly plant in Fremont, Calif., will send Model Y small SUVs and new Cybertruck pickups to East Coast population centers.

Tesla said it expects to expand its factory capacity quickly, and over a “multiyear horizon” it expects sales to grow an average of 50% annually.

“The rate of growth will depend on our equipment capacity, operational efficiency and the capacity and stability of the supply chain,” the company said.

Tesla said its factory in China continues to be its main source of exports. It plans to change to a lithium iron phosphate battery chemistry globally for standard range vehicles.