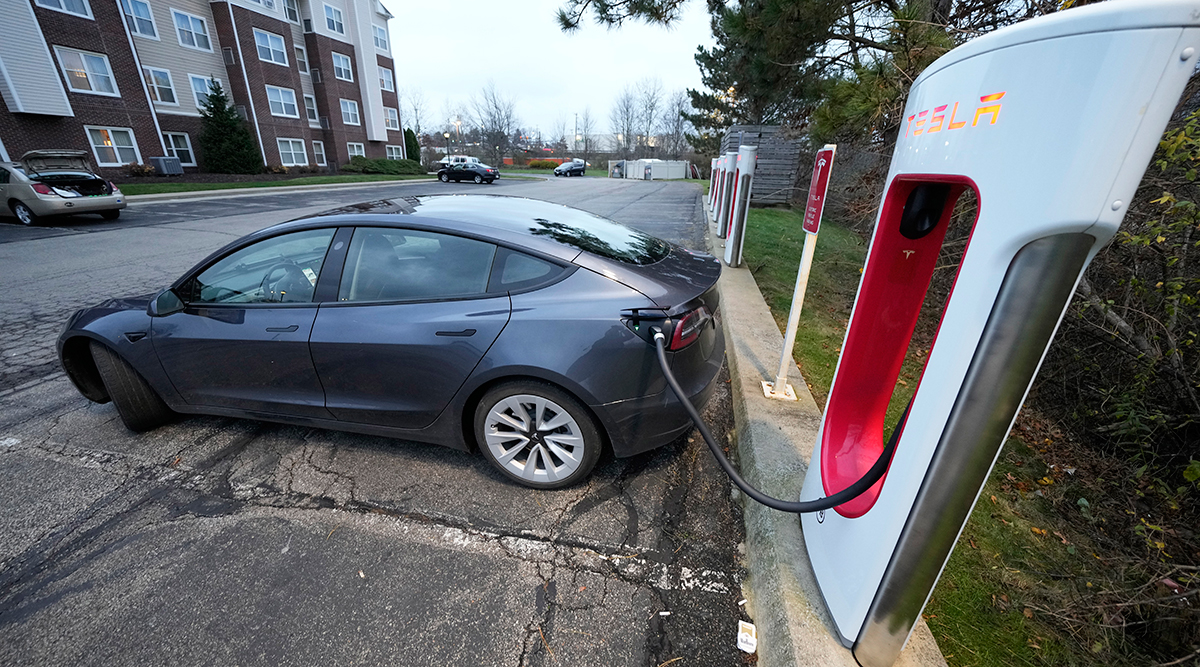 DETROIT — With its sales slowing and its stock price tumbling, Tesla Inc. slashed prices dramatically Jan. 13 on several versions of its electric vehicles, making some of its models eligible for a new federal tax credit that could help spur buyer interest.

Far from pleasing investors, the sharp price cuts sent Tesla shares down nearly 3% in midday trading Jan. 13. Since the start of last year, the stock has plummeted more than 65%. Many investors fear that Tesla’s sales slowdown will persist and have grown concerned about the erratic behavior of CEO Elon Musk and the distractions caused by his $44 billion purchase of Twitter.

“I think the real driver for all of this is falling demand for Teslas,” said Guidehouse Research e-Mobility analyst Sam Abuelsamid.

Itay Michaeli, an industry analyst at Citi, wrote in a note to investors that Tesla appears to be prioritizing sales volume over price — a strategy that could squeeze its profit margins, at least in the near term.

Messages were left Jan. 13 seeking a comment from Tesla.

In the meantime, Tesla faces the threat of intensifying competition from other automakers in the United States and globally for years to come. Last year in the United States, total EV sales soared nearly 65% from 2021. Automakers sold 47 electric vehicle models; only four were Teslas. S&P Global Mobility expects the number of EV models to surge to 159 by 2025.

And as overall EV sales are rising, Tesla’s U.S. market share is falling. From 2018 through 2020, Tesla represented about 80% of the EV market. By 2021, that figure had sunk to 71%, and it has continued to decline, according to registration data gathered by S&P.

Even with U.S. tax credits, EVs remain pricey compared with gas-powered vehicles, largely because of the high cost of batteries. In addition, higher loan rates and more expensive raw materials are keeping costs high for buyers and could limit EV sales, for Tesla as well as its competitors.

The company’s decision to drop the base price of the Model 3, which already had been eligible for the federal tax credit, is a clear sign that demand had weakened, Abuelsamid noted.

Tesla has added two huge factories in Austin, Texas, and Berlin that are running at only a fraction of their output capacities, “which is undoubtedly costing them dearly,” Abuelsamid said.