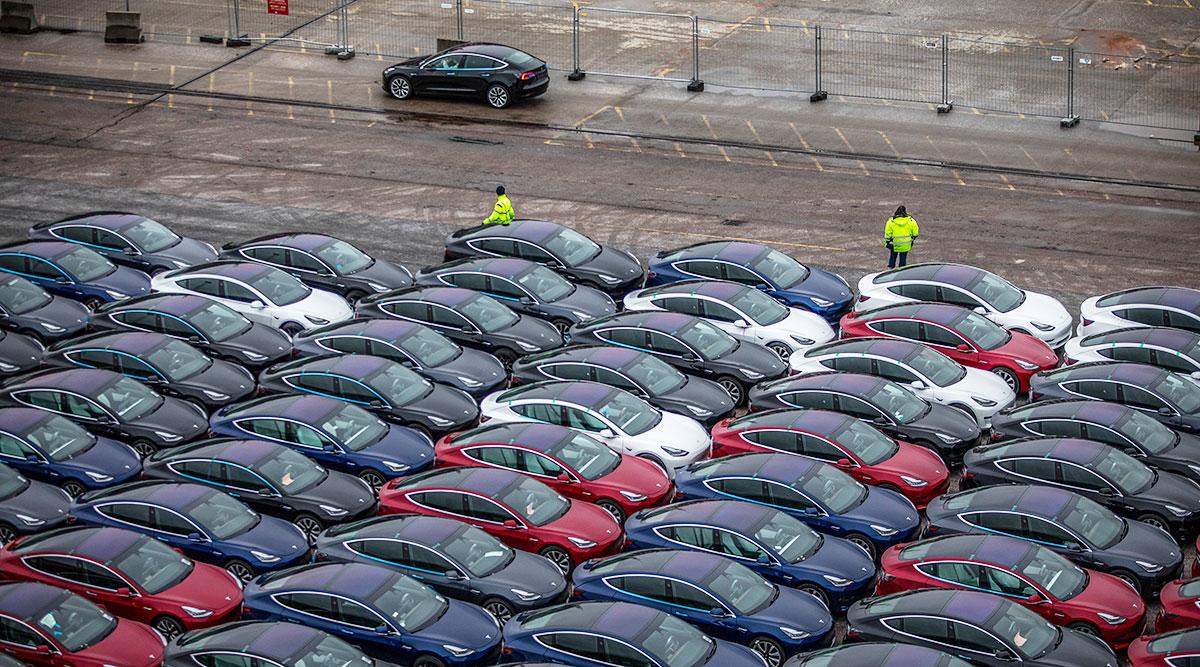 After Tesla’s electric vehicle sales erupted in Germany, Norway, the Netherlands and Switzerland in March by as much as 450%, April was a bust, according to data by the countries’ motor authorities. In Norway, where electric cars top sales lists consistently, the Model 3 was unseated as the top-selling car by Volkswagen AG’s Golf model, of which there is an electric variant.

Tesla’s European deliveries before February were much lower — frequently below 200 units in Germany and Norway — as the company’s higher-priced Model S and Model X cars were the only types available. That changed when the more mass-appeal Model 3 went on the market and fueled a delivery surge.

The European performance of the Model 3 will be crucial to a company that is relying on the car to generate enough cash to become self-sustaining. Tesla on May 3 announced it raised $2.35 billion through debt and stock offerings after overestimating how fast the car could generate that money. 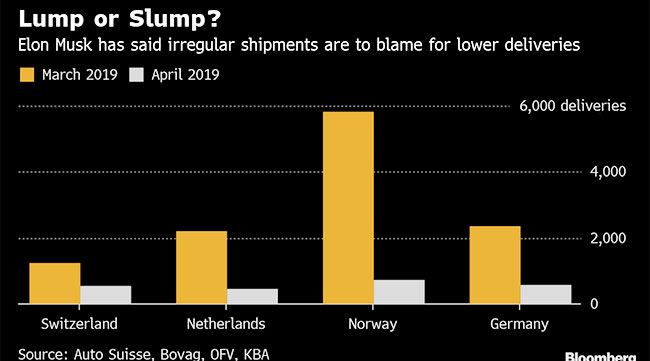 The European launch caused “many challenges encountered for the first time,” Tesla said in a statement in early April. Around 10,600 cars still were in transit at the end of the first quarter.

When asked by analysts at Tesla’s last quarterly earnings call whether the firm would disclose deliveries on a monthly basis, Musk called the idea “counterproductive.”

“Sales to a particular country, say, overseas, are affected by when the ship arrives,” Musk said on the call. “And so, if the ship arrives on the 31st of the month or the first of the next month, this will make it look like something dramatic has happened. But actually, the ship was just a day late.”