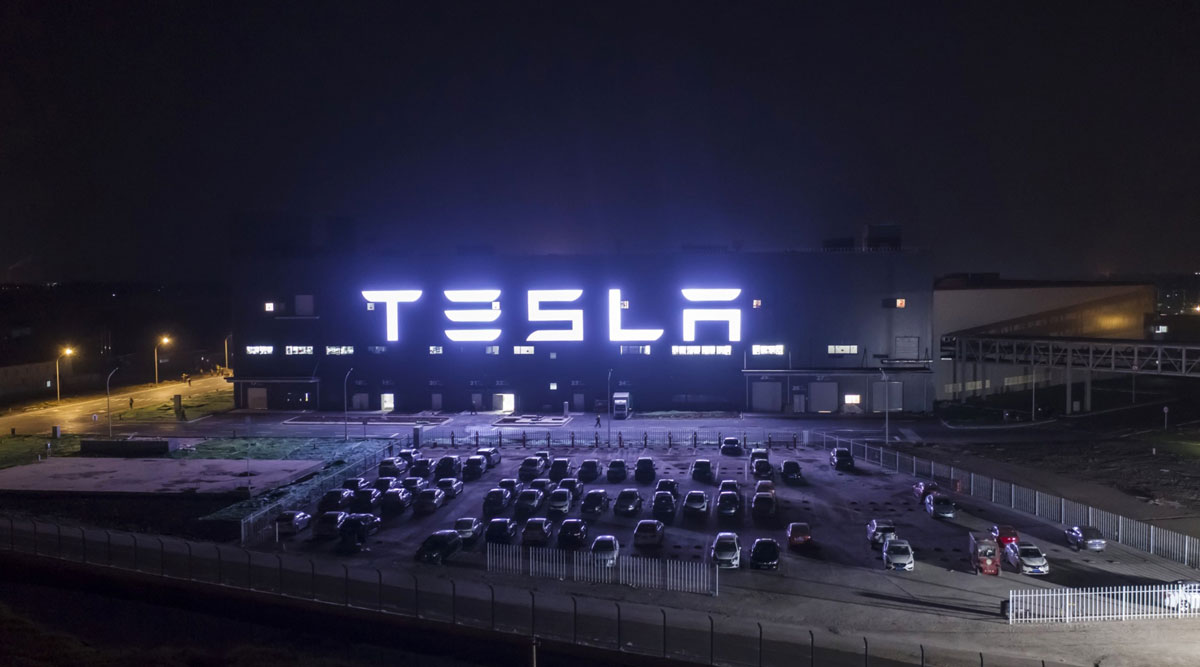 Last week, Tesla Inc. CEO Elon Musk liked a tweet that read, “Tesla is now officially the most valuable automaker of all the world!! Congrats!!”

The tweet showed a screenshot of a well-shared Google sheet created by Reddit user u/brandude87, listing the world’s top 25 automakers by market value.

The sheet showed Tesla above Toyota Motor Corp. for the first time, with a market value of $183.7 billion versus Toyota’s $178.78 billion.

Tesla is now officially the most valuable automaker of all the world!! Congrats!!  @elonmusk @tesla pic.twitter.com/BSovZVTGJ3

There’s just one problem: Many investors, including those using financial data terminals such as Bloomberg’s, were seeing something very different — that Tesla still had to gain more than $25 billion in market value to surpass Toyota.

So who was right? Well, it’s complicated.

Everyone can agree that a company’s market value, or its market capitalization, is determined by the amount of shares outstanding multiplied by its share price. But not everyone agrees on what should be counted in those shares outstanding.

In recent years, Japanese companies have been expanding share buybacks to boost their returns to investors — and they have a tendency to hoard these shares, with Toyota, which has been aggressively repurchasing its own stock over the past six years, holding more than any other company in Japan.

Known in financial parlance as treasury stock, how the shares are accounted for varies from country to country. Some markets forbid holding of treasury shares entirely, while others have capped the amount that can be held. 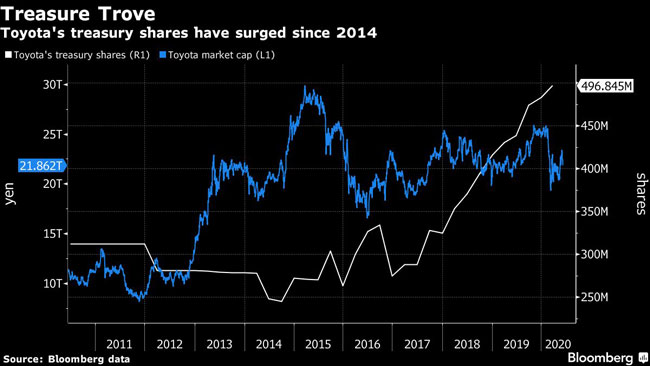 When it comes to Japanese-listed companies, treasury shares are typically included in quoted market cap figures. And when a company as valuable as Toyota holds as much as of its own shares as it does — just over 14%, according to data compiled by Bloomberg — that can have a big impact on market capitalization.

Excluding those holdings, it’s only worth 18.3 trillion yen ($171 billion), according to Bloomberg calculations. That matches what you’d find on portals such as Yahoo Finance — the source of the calculations in the tweet Musk touted. Many calculations of market cap, including those of U.S.-listed companies, typically don’t include treasury shares, which aren’t considered available to investors.

Tesla, meanwhile, holds no treasury shares. What’s the right apples-to-apples comparison if you’re trying to determine which is the world’s largest automaker?

“It’s semantics,” said Nick Reece, a money manager at Merk Investments. “Market cap can be defined in different ways. It depends on what you’re trying to get at.”

The amount of treasury shares held by Toyota has doubled since 2014, data compiled by Bloomberg shows. The company periodically uses portions of them for executive compensation plans or, most recently, selling some of them to Nippon Telegraph and Telephone Corp. as part of a tie-up.

“I guess the treasury shares have some value as far as accounting treatment is concerned,” said Michael Shaoul at Marketfield Asset Management. “But I think you could exclude them in a market cap comparison as long as you made it clear that they exist.” 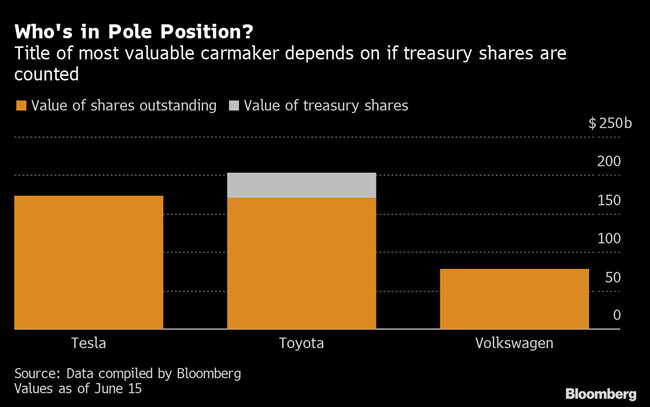 In any case, perhaps it’s not the right comparison to be made between a company that has made an average of more than $18.7 billion in net income for each of the last six years, and one that has yet to post an annual profit.

“There isn’t a single person who thinks that simply because Tesla’s market cap has come close to that of Toyota, that Tesla is a company that is on par with Toyota,” said Norihiro Fujito, chief investment strategist at Mitsubishi UFJ Morgan Stanley Securities Co. in Tokyo.