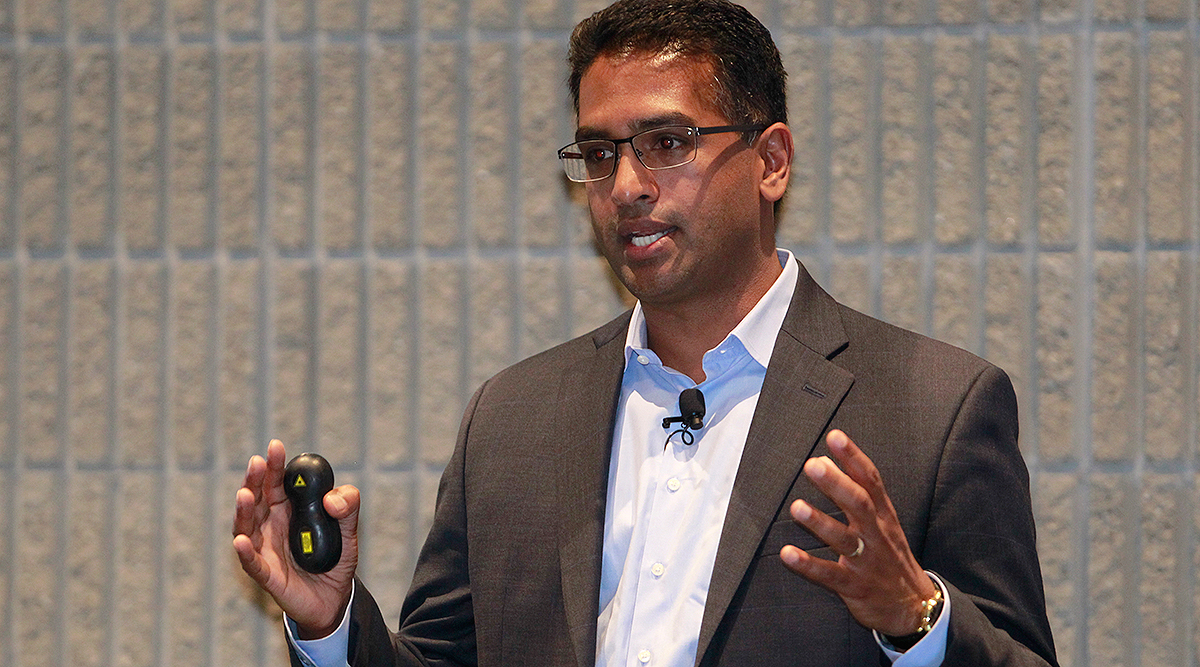 ATLANTA — Vehicle supplier Tenneco Inc. wants to help bring waste heat recovery systems to heavy-duty trucking even though it is not an immediate possibility.

Organic Rankine cycle technology is not new, said Tenneco Chief Technology Officer Ben Patel, but putting one under the crowded hood of a Class 8 tractor is an elusive engineering challenge.

“No one uses it now,” Patel said of a Rankine system. “It’s complicated. People are pulling their hair out over this. So we’re trying to find a way to use this that’s not a terror,” he said.

The Lake Forest, Ill.-based corporation works mainly in emissions controls and thermal management but is also a major supplier of shock absorbers. Its presentation came at a Sept. 24 press conference here at the North American Commercial Vehicle Show.

Waste heat recovery captures the unused power of diesel combustion to boil a fluid, probably an ethanol-water mix. The hot gas would then power a turbine for propulsion power and the spent gas gets compressed back into a liquid for another round.

While better engine efficiency is most helpful in cutting emissions of carbon dioxide, a greenhouse gas, it is also linked to technology for reducing nitrogen oxides.

Therefore, Patel said, the ideal emission system for a truck would combine high-efficiency selective catalytic reduction aftertreatment — for cutting NOx — with a fiery hot engine that is both efficient and a low-level producer of particulate matter.

One avenue for improvement, he said, would be better dosing of the exhaust with diesel exhaust fluid, or DEF.

Such a truck engine has been a goal of the California Air Resources Board. Patel said Tenneco has been working with CARB on trying to develop a system that can meet California’s NOx goal of 0.02 gram per brake horsepower-hour — a 90% reduction from the current standard of 0.2 gram, which has been in place since January 2010.

As for a timeline, Patel said most new U.S. heavy-duty engines are 50% efficient as measured by brake thermal efficiency. He said the target of 55% might be achievable around 2022-2025, and that waste heat recovery with Rankine cycle technology could play a role.

“When there is a market for this, Tenneco will be ready,” he said.