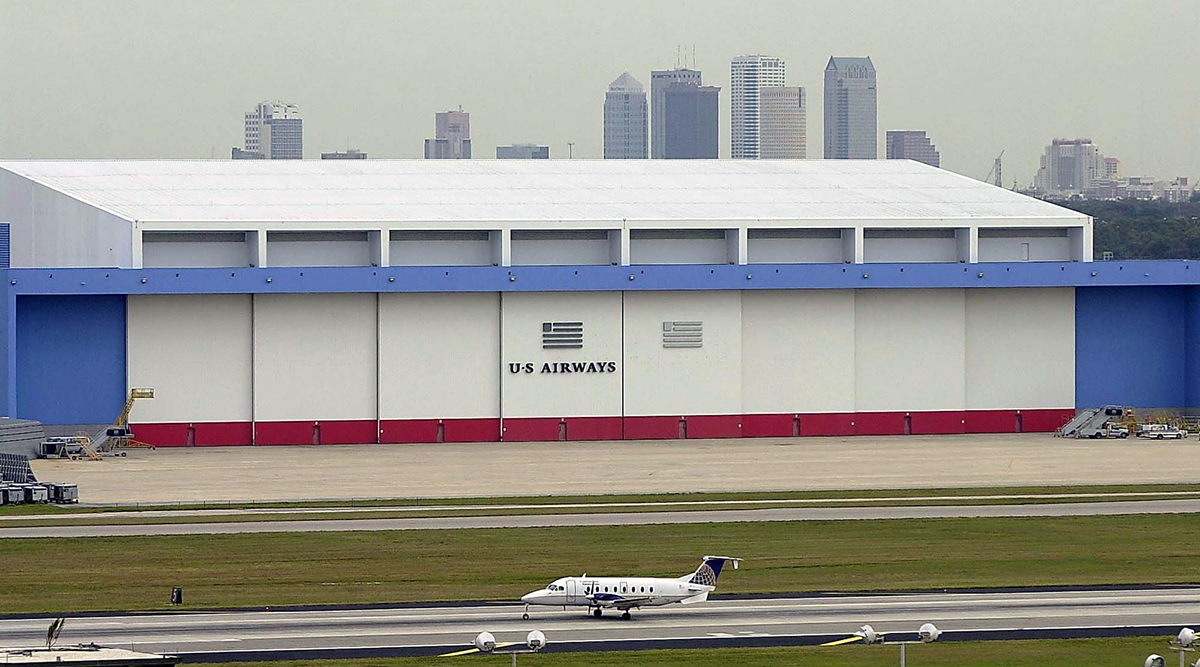 Over the last couple of years, the story of the double-digit growth of Florida's Tampa International Airport’s cargo business has been a story about Amazon.com.

Once the online retailing giant opened its distribution centers in Ruskin and Lakeland, it needed air service to keep those mega-warehouses stocked. It started with two jets a day in the fall of 2015 and has been growing since. Last week, it added a fifth.

The airport’s numbers reflect that expansion. In 2016, the volume of cargo coming into Tampa grew by more than 38%, to more than 587 million pounds. Trends point to a 20% increase this year, airport spokeswoman Janet Scherberger said.

And now the narrative and operational tempo are changing as a new player brings more daily cargo flights to the airport.

Last month, UPS moved its bay area operations from the St. Pete-Clearwater International Airport to Tampa International, where it became the third major cargo handler at the airport, alongside Amazon and FedEx.

UPS began flying out of Tampa Oct. 16. It had been at the St. Pete-Clearwater airport since 1989, or shortly after the company launched its airline in 1988, and had several reasons for approaching Tampa International about the move:

—Tampa had a space inside a cargo building that was about six times bigger than the space UPS was using at St. Pete-Clearwater. That allowed UPS to move its package-sorting operations indoors. At the Pinellas airport, it had been using an outdoor mobile distribution center.

—An offsite postal handling facility is moving to the airport, which will reduce truck movements.

—Tampa has more room to expand, plus the ability to accommodate larger UPS jets during peak periods.

UPS flies four jets into and four jets out of Tampa every day, the same number that served St. Petersburg. Those four flights — two narrow-body Boeing 757s and two wide-body Airbus A300s — can together carry a total of 430,000 pounds of cargo. Tampa is one of eight airports in Florida served by UPS’s main air hub in Louisville, Ky.

“We just switched airports,” he said.

With UPS pulling out, however, the St. Pete-Clearwater airport has no cargo operations.

“This presents an opportunity to grow our passenger commercial air service,” airport spokeswoman Michele Routh said in an email. That’s a topic certain to get close scrutiny as the Pinellas airport kicks off a study later this month to update its master plan for the first time since 2004.

Last year’s growth brought Tampa International Airport nearly $480,000 more in cargo revenue than it had budgeted, though that’s a small piece of the airport’s overall business. Cargo is expected to account for $4.2 million, or less than 2%, of airport revenues during the coming year. By comparison, concessions, parking and passenger-related revenues are budgeted to bring in $69.6 million, $68.3 million and $65.8 million, respectively.

“It broadens our revenue stream,” said Tampa Mayor Bob Buckhorn, who sits on the board of the Hillsborough Aviation Authority. “I think almost, like the port, the more lines of business that you have, the better off you are.”

The growth in cargo is unrelated to the airport’s nearly $1 billion master planned expansion. That program, now under construction, is largely focused on passenger service and amenities, internal airport transportation and adding or upgrading options for renting cars, shopping and dining.

But the airport is encouraging organic growth in cargo in other ways.

This spring, aviation authority board members approved a change to their air service incentive program to attract more domestic cargo freight business by agreeing to waive fees and reimburse carriers for marketing expenses. Previously, only international carriers of cargo had been eligible for the incentives.

One last note about where Tampa ranks in the air cargo ecosystem: Tampa’s cargo business grew enough last year to pass Fort Lauderdale on volume, but its cargo operations are only the 39th biggest in the United States and nowhere near the largest in Florida.

Orlando handles almost twice as much cargo by weight.

More than 13 times as much.