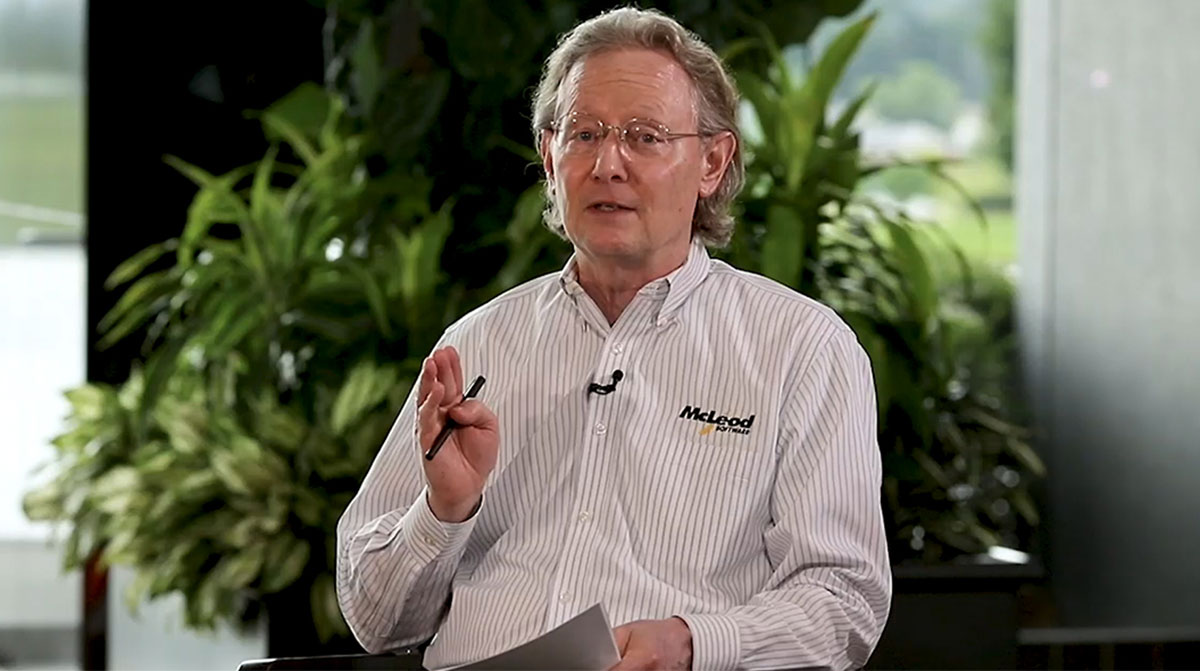 GRAPEVINE, Texas — Transportation economist Donald Broughton said that the U.S. and trucking are in the early stages of a long, sustained, robust economic recovery as the country comes out of the COVID-19 pandemic.

“We have endured and looked into the abyss and come through it,” Broughton told attendees at the McLeod Software User Conference on Sept. 13. “We are in the first stages of what is going to be one of the greatest celebrations of prosperity and economic growth that the world has ever known, and it is going to go on for a period of very long duration. Fasten your seat belts. Things are being created today that will create massive amounts of wealth, trillions of dollars of wealth.”

Broughton said that the expansion will come with minimal long-term inflation and the trucking sectors likely to benefit include flatbeds, refrigerated and dry vans.

Broughton said the reason he is so optimistic is the flexibility, productivity and education levels of the American workers and the post-COVID demographic trends line up well for the U.S., and the transportation and trucking industries will lead the way. 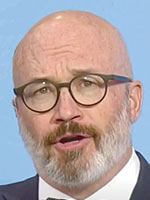 He said the recent spike in inflation is temporary as the kinks in the supply chain eventually get worked out. Broughton also sees the economy shifting to one with a growing e-commerce segment and expanded opportunities for trucking with more final-mile delivery options and a growing emphasis on regional trucking.

“We’ve figured out ways to make it better, faster and cheaper all along the way, and we’re more productive so we can pay you more because your hour of work is worth more with the technology you are being provided. The American worker is the most flexible, fast retrainable worker in the world.

“We get productivity, and we’re accepting and adopting it. Technology kills inflation, and it creates new marketplaces.”

During his 30-plus years following transportation on Wall Street, Missouri-based Broughton has developed a reputation as one of the industry’s most cautious and often bearish analysts. It’s one that is deserved, he said, but he senses this economic recovery will be historic in terms of its length and amount of prosperity created.

Productivity results from technology, and productivity is prosperity.

Donald Broughton, on how technological advancements will drive the economy

“There are times I get bullish, but only if the freight says it,” he said. “We let the freight tell us.”

McLeod founder and President Tom McLeod also believes trucking is poised for a strong recovery. He said that while the industry has a driver shortage now, technology and the possibility of 18- to 20-year-olds driving interstate will help lessen the severity of that.

“Making some changes nationally to get drivers in at a younger age appears to be getting some momentum,” he said. “There needs to be strong training requirements and have the safety technology to help enable and allow many of those drivers to enter trucking.

“If you wait for someone until they’re 21, they’re already in another career, or they’ve gone to college. To be able to get into trucking at a younger age and get people exposed to the benefits of it is important; there are a lot of opportunities.”

Broughton said about eight months ago, he began to change his thinking on the economy as he saw the indicators trending upward. For trucking, that meant more loads carried, and both rates and productivity continued to increase.

He compared 2021 and beyond to 100 years ago when the U.S. economy expanded after the 1918-19 Spanish influenza pandemic and the massive economic changes in the late 1940s when the U.S. shifted from a war economy building weapons to a manufacturing economy.

“It’s not an accident that the Roaring ’20s took place after World War I and the pandemic. It’s not an accident that the boom we saw in the 1950s happened after we faced down Hitler. We faced down oblivion, and we survived it,” Broughton said. “What do we do after we face down those types of things? We see the risk of starting a family is low. Of course I can buy a house. Of course I can start a business. That’s how we react after surviving a calamity as a society in the U.S. and globally.”